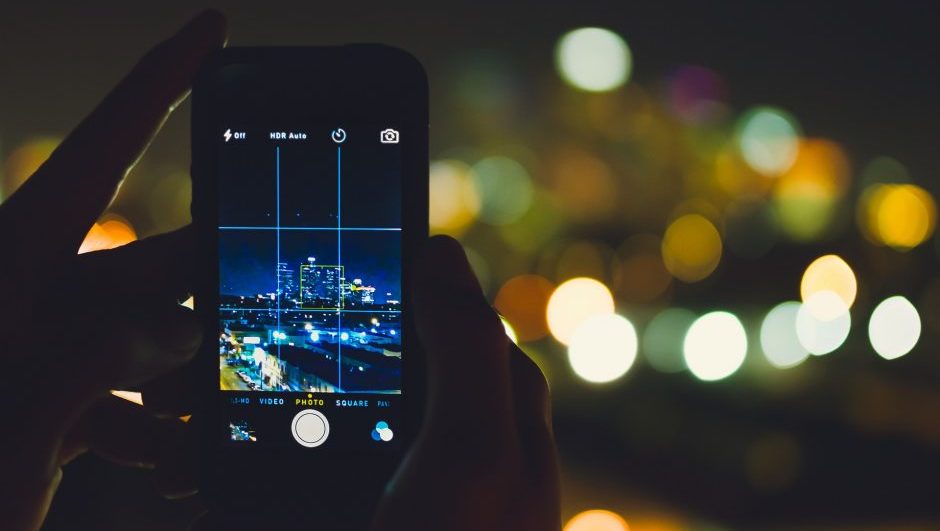 The Pixel 2 has finally hit the shelves and Android users are ecstatic. Save a few screen burn-in problems with the larger XL model, tech enthusiasts are enjoying the new and improved Google Assistant, the stunning screen, and one of the most impressive smartphone cameras on the market today.

In addition to all that, Pixel 2 owners are also privileged to Google Lens, a new program that uses artificial intelligence to analyze pictures to save addresses, purchase products, and learn about things around you. And, honestly, it's a whole bunch of fun.

In a frenzy of excitement and bottled up anticipation, I've run around my house and taking pictures of everything I can think of to test Google Lens in the moment. Let's see what I came up with:

The technology in the Pixel 2 is incredible. With the simple click of the camera, and a second click on the Google Lens icon, you'll be able to see exactly what's in your picture… most of the time. Here are a few success stories: 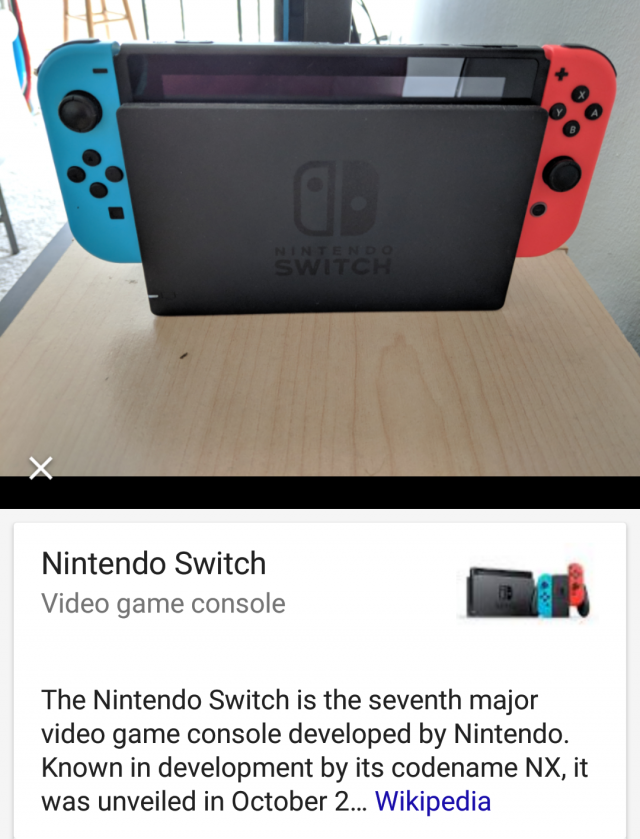 With the logo in place and the signature controllers clearly visible, this one was easy for Google Lens to recognize. It did give us the Wikipedia page instead of a place to buy, but hey, it's a start. 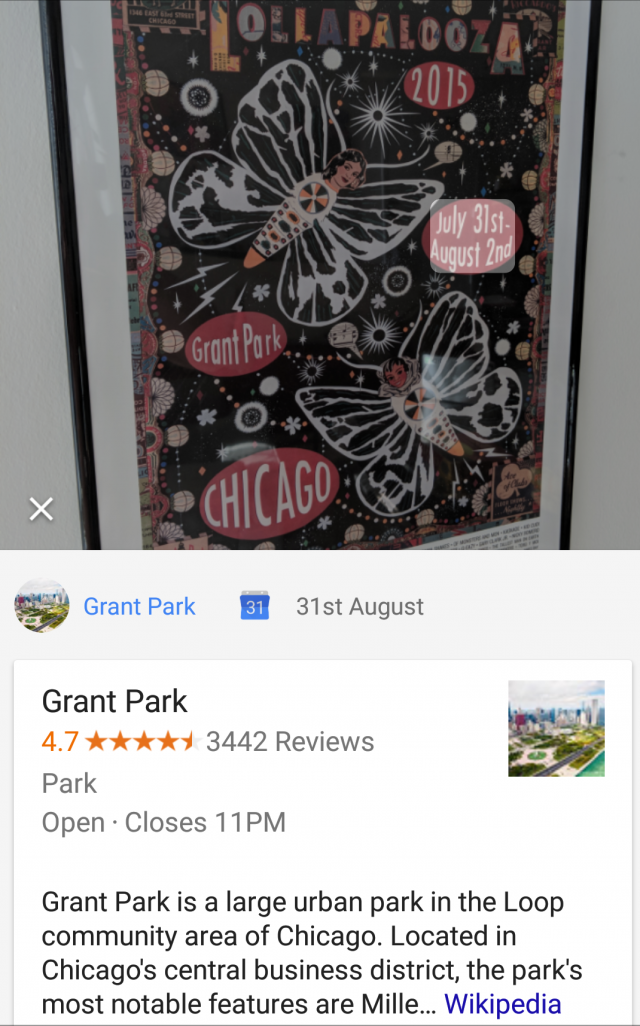 There was a lot of information on this poster that Google Lens choose to ignore, like dozens of band names for example. However, it was able to recognize the location of the festival, which we're going to count as a win. 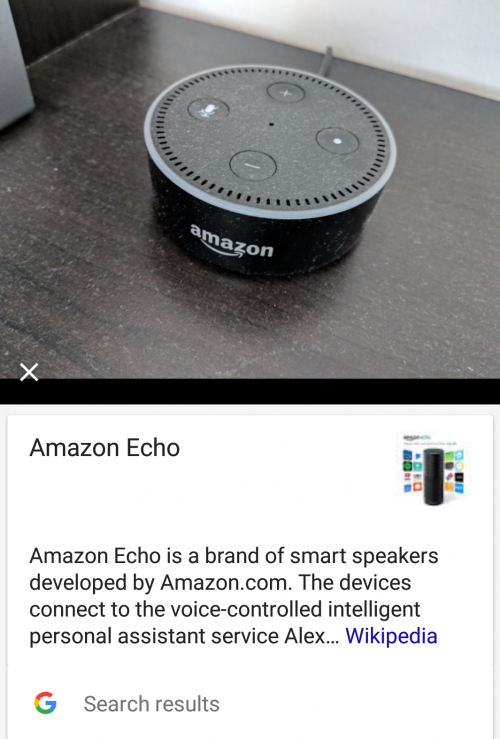 Hey, it didn't realize that this device was an Amazon Echo Dot, and not its taller counterpart, but it's important to remember that no one is perfect.

A Bunch of Douglas Adams Books 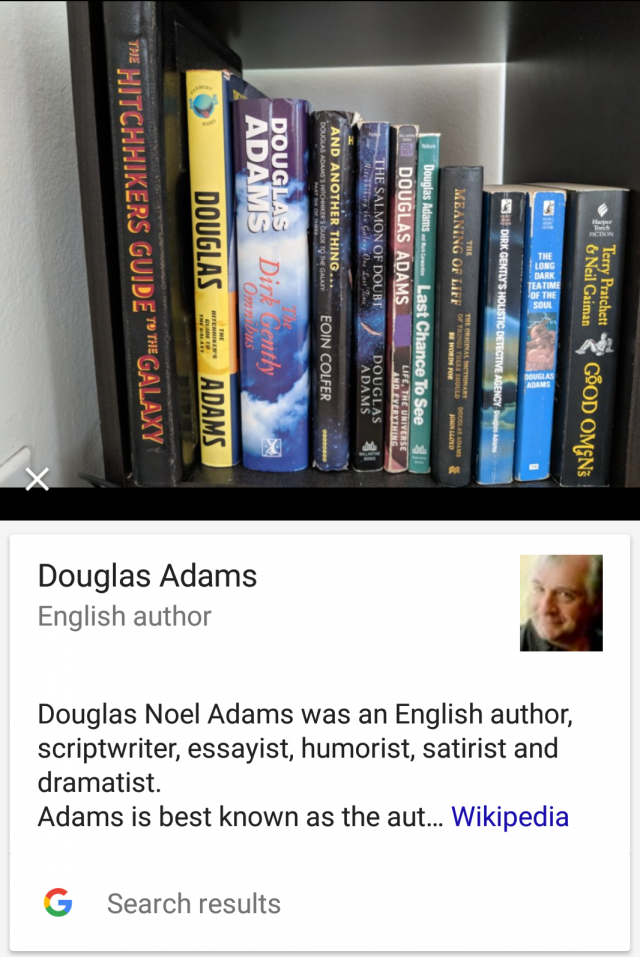 This one impressed me. Not only is Google Lens able to read sideways, it's also able to recognize perhaps one of the funniest authors of all time. And that's more than enough for me! 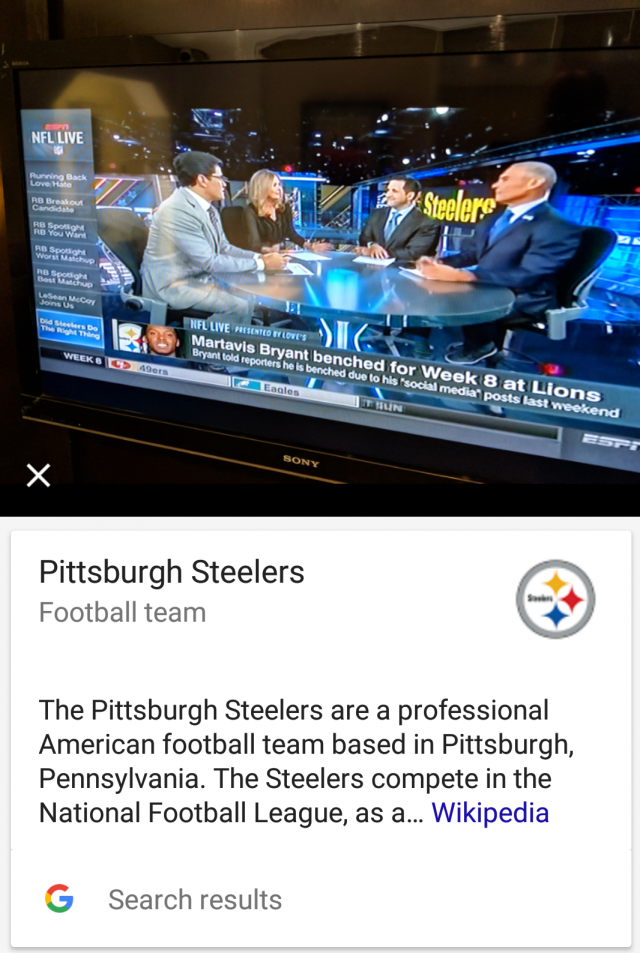 I thought this one was pretty cool. Not only was Google Lens able to discern the Steelers logo in all the mess of ESPN's millions of tickers, it didn't offer me tickets to a game because I'm a Ravens fan. How smart is that?!

Like I said, nobody's perfect and Google Lens is the perfect example of that. While the above photos yielded relatively positive results, these next few pictures didn't have a snowball's chance in hell of being helpful. Take a look: 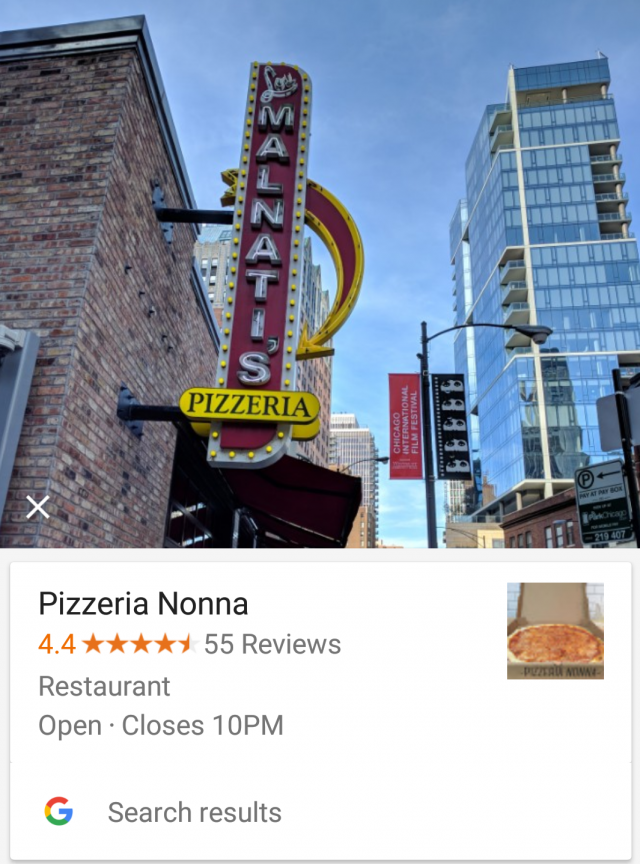 In what can only be described as an egregious error, Google Lens though that the world famous Lou Malnati's pizzeria on Rush Street in Chicago was Pizzeria Nonna… for shame, Google Lens. For shame. 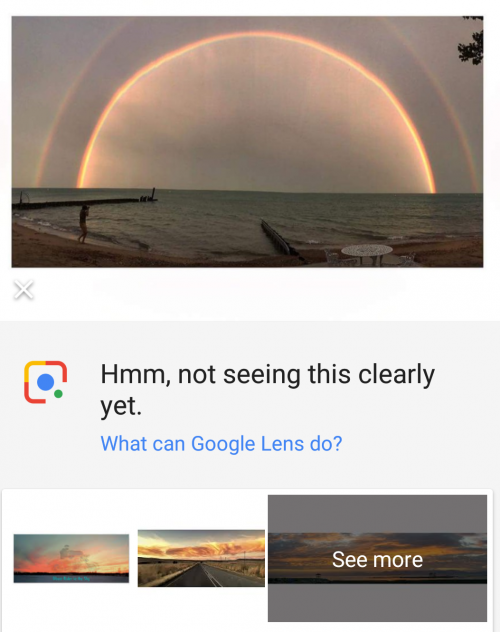 Come on, Google Lens! You can't even see the majestic beauty of a double rainbow? Honestly, I just feel bad for you. Thanks for the cool sunset pictures though. You were thiiiiiis close. 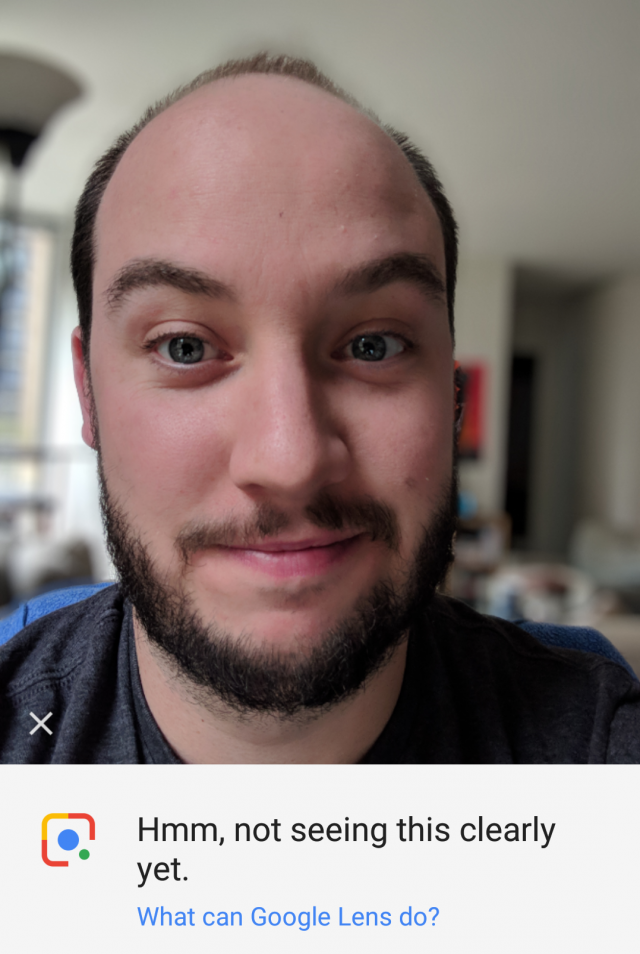 You don't recognize me, Conor Cawley, the Senior Writer of TechCo? Well, I'm going to have to have a long talk with the engineers behind this one because this is downright unacceptable. But man, oh man, is there a nice camera on the Pixel 2 or what?!

If I say, “nothing's perfect” one more time, my head is going to explode. The reality is that Google Lens is still very much in its infancy. However, this is a huge step in the right direction and, with Google's software-proficient ways, we could see a much more evolved Google Lens by the end of the year. Fingers crossed!