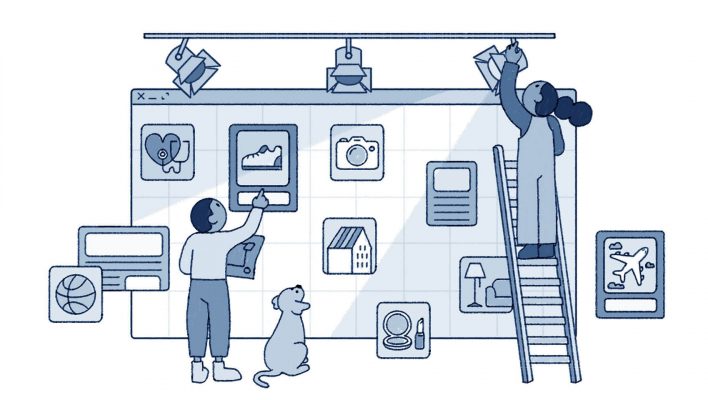 Google has announced a new extension for its Chrome browser that aims to remove some of the mystery behind online adverts.

Dubbed ‘Ad Transparency Spotlight', the add-on reveals just who is tracking data, and what sort of information companies are collecting about individuals.

Google hopes that a more transparent approach to adverts will curtail use of ad-blockers, which have been gaining popularity as advertising becomes more invasive.

What is the Ad Transparency Spotlight Extension?

Google's Ad Transparency Spotlight Chrome extension aims to show users exactly who is serving up the adverts to them on a website, the demographics that they aimed at, as well as other data that previously has been somewhat trickier to collect.

It's another positive step from Google towards more openness around its advertising, which in the past has included its ‘Privacy Sandbox‘, which gave advertisers general information about user types, rather than specific personal data.

The extension isn't quite all-encompassing just yet, as it only covers adverts served up by Google, although with a market share of around 70%, you'll still be able to see a lot of data about the adverts being served to you. As the API relies on metadata to show the information, users are also dependent on the advertisers filling in this information. This means that those creating deliberately disingenuous adverts won't willingly give up their secrets.

Google hopes that other advertisers will adopt similar APIs for a more universal approach to advert transparency.

What Information Does the Extension Reveal?

When installed, users can delve into a wealth of data about the advertisers in the site they are visiting, assuming those advertisers have submitted the relevant information to Google. Click on the extension's icon, and you're presented with the following:

The extension doesn't just stop at the advertisers either – it gives users a peak behind the curtain at the companies which prop up the online advertising industry. A cursory glance at the front page of the CNN website via the extension shows no less than 48 companies, providing services such as cloud storage, analytics and data storage.

Those looking to find out just why these companies are collecting data about them, and what they're doing with it are directed to read the privacy policy for each organization, with a direct link to each. 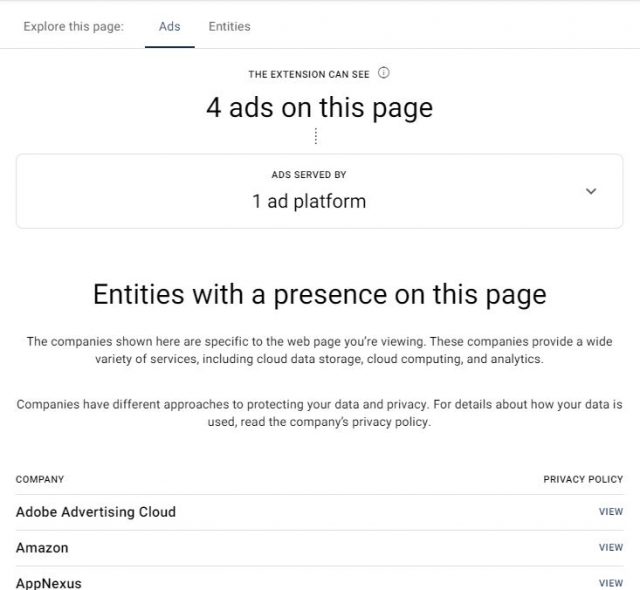 Why is Google Invested in Transparency?

The reason for Google investing in more transparency with its adverts depends on who you ask, and whether you have your optimistic or cynical hat on. Google would argue that it is empowering internet users by giving them the tools to see exactly who is serving them adverts, and what for. This protects the user and shifts the balance of power away from the advertisers.

A more cynical answer would be that advertising is big business, and Google don't want to see anything upset its golden goose. Advertising makes around $160 billion for Google each year, and makes up 70% of the company's revenue. However, users are getting savvy, and with the use of tools like ad blocker currently sitting at around 30%, there is a portion of internet users that aren't seeing the adverts that Google is paid to display.

Google is well aware of this trend, and even has its own tools to help site owners remove ‘annoying ads', citing that ‘these experiences can cause people to install ad-blockers'.

The Ad Transparency Spotlight extension is currently in an alpha phase, with Google asking users to give feedback to help improve it, so more features may be forthcoming.