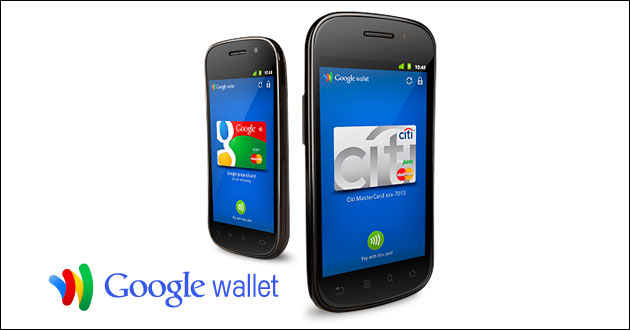 Locked with a pin number, Google Wallet’s Android app pulls funds from your Citi MasterCard or Google Prepaid Card, which you can load with any credit card. Google plans to directly support Visa, Discover, and American Express in the future.

A wave of your phone transfers payment using near-field communication (NFC) through MasterCard’s PayPass system, already in place at “hundreds of thousands” of vendors – and the utility of Google Wallet depends on vendors supporting NFC.

With this launch, Google jumps into the ring with other mobile payment systems, including PayPal, ISIS, and American Express Serve, as well as startups we covered previously.

Google Wallet currently stores your Google Offers and loyalty cards, with plans to expand to transit cards, boarding passes, tickets, and “much more.” Google could also benefit by enabling payments to online vendors and other users, like friends splitting a dinner bill.

The key will be this one-stop-shop approach – while George Costanza may be delighted with this version of the app, more integration with other phones, cards, and forms of payment is needed for Google to dominate mobile transactions.