Google is the gift that just keeps giving, as the company has announced its business-facing productivity platform is now available to everyone for free.

As one of the most popular software providers in the world, Google and its massive ecosystem of products have been a big part of the business ecosystem for years now. Between Gmail's staggering dominance in the email space to the document apps so popular among professionals, Google is a force for business that is virtually unmatched around the world.

Now, Google Workspace — the suite of Google apps designed for businesses — is available to anyone and everyone completely free of charge, so you can make productivity a priority post-pandemic.

Google Workspace Is Free for Everyone

That's right – free. Announced by the company earlier this week, anyone with a Google account now officially has access to Google Workspace. Previously know as G-Suite, this integrated platform allows users seamless functionality between Gmail, Google Chat, and other Google apps, like Docs, Sheets, Slides, and Drive.

“Now, all of the company’s three billion-plus existing users across consumer, enterprise, and education have access to the full Google Workspace experience.”

To be fair, the three billion existing users referred to in the Google press release are likely just Gmail and Calendar users. But still, this new update allows every single one of them to take advantage of the added features and comprehensive interface of Google Workspace.

Google is also adding a new paid plan for users that want to get a little more out of the Workspace platform. Dubbed the Individual plan, it's aimed at small businesses and offers additional features, including “smart booking services, professional video meetings, personalized email marketing and much more on the way.”

The new plan will cost $7.99 per month to start, which is a relative bargain for what you get in return. 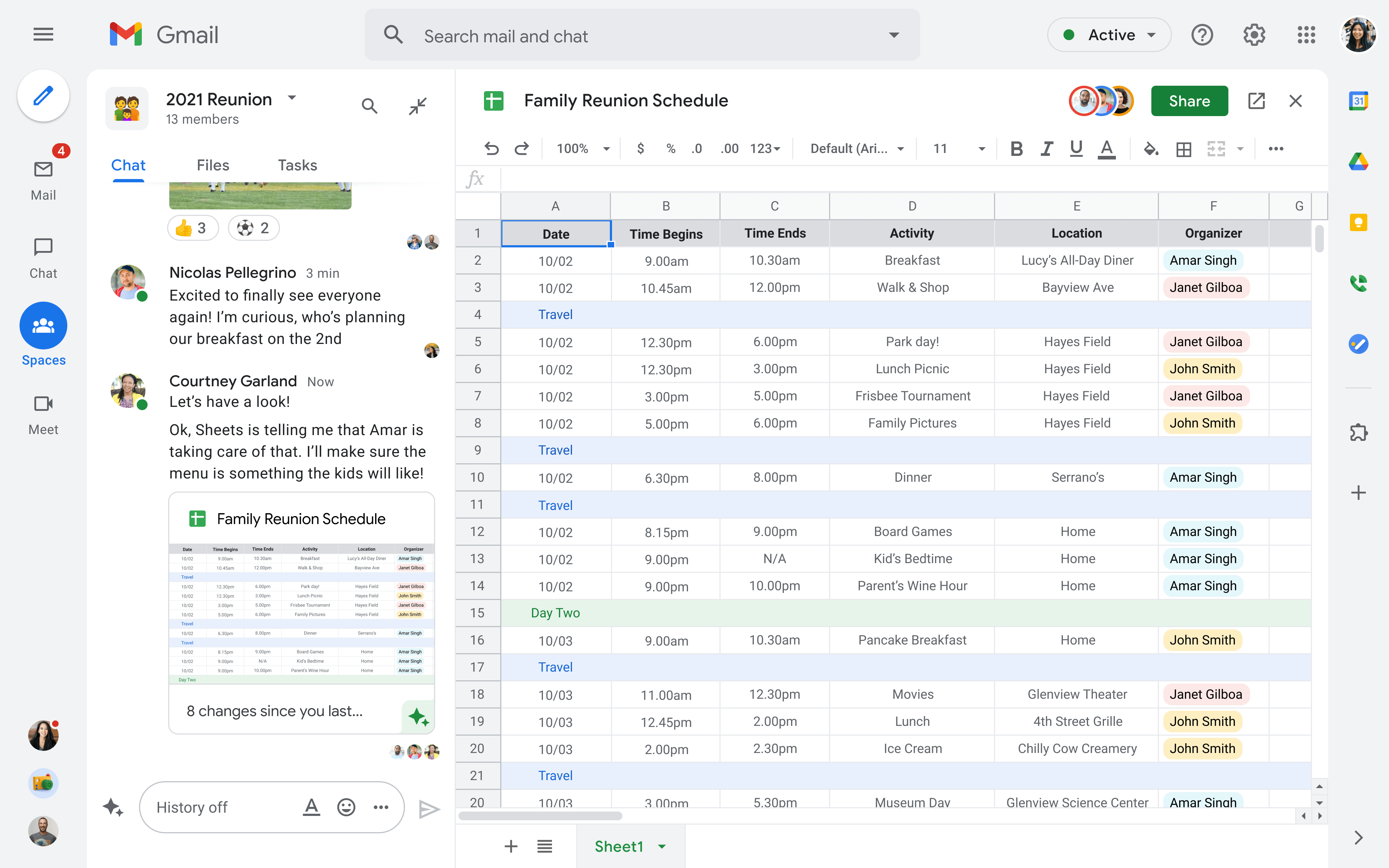 How to Use Google Workspace for Free

Right now, Google is still rolling out the update for Google Workspace, so users won't be able to access the productivity interface just yet. We'll update you as soon as the feature is widely available, so you can figure it out on your own.

However, in addition to the Google Workspace news, Google has also made its messaging platform, Google Chat, available for free to everyone as well, and that's available right now.

If you already have a Google account, follow the instructions below to utilize the new feature immediately:

Settings –> All settings –> Chat and Meet –> Google Chat ON

Once you've done that, you should notice that the messaging board to the left (or right, depending on your preferences) will be updated with Chat and Rooms tabs.  This is where your new conversations will live, so you can easily keep track of your conversations.

How can Google Workspace help my business?

Productivity is the name of the game when it comes to the success of a business, and Google Workspace is built from the ground up to provide you with a wide range of helpful, popular tools that can help you get started.

Whether it be something as simple as Gmail to communicate with your team, to the suite of document creation apps such as Docs, Sheets, and Slides for organization, Google Workspace can transform your team into a well-oiled, collaborative communication machine.

Particularly during the pandemic, tools like Google Meet — the video conferencing platform — can seriously alleviate the stress of the remote work boom. For a little more information about the platform, check out our Google Meet pricing guide, or check out the table below for how the plans breakdown.