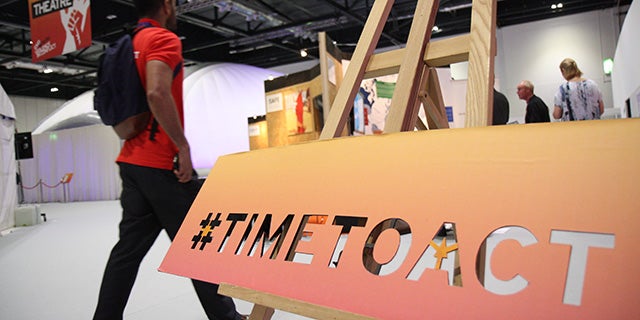 Twitter is HUGE. It seems that anyone who is anyone has a Twitter handle. Politicians, CEOs, industry movers and shakers, even businesses have Twitter accounts that they use to keep in close contact with their customers and even address their concerns.  One of the most prominent features of Twitter is the “hashtag.”  The hashtag progressed quickly from a social curiosity to something so ubiquitous that Jimmy Fallon and Justin Timberlake lampooned its popularity in a skit on Late Night with Jimmy Fallon.

Actually, it's a pretty good example how some people tweet

Hashtags have made it easy for people who are talking about the same things to see what you’re saying. This has created an interesting new dynamic in social media. Now, things you talk about aren’t just confined to your own social circles. Even people who’ve never heard of you can find your comments based on your hashtag. This has of course been seen as a marketing/publicity opportunity by businesses and politicians, with many creating hashtags campaigns that promote their business or candidate. The result however, has been a bit of a mixed bag as there are many cases of “hashtag hijacking” that have killed many marketing campaigns.

There are those out there who have taken the next logical step: activism. Twitter is currently the best vehicle to drive people to your cause. Since politicians and businesses alike are submitting to the way that social media is affecting everything, activists can be certain that their voices will be heard.  Hashtags have been used by various social work agencies to market their services and promote causes like Domestic Violence Month. It brings to the forefront of the public issues that would otherwise not get as much notice, and tells those in charge what the public cares about. With over half of US adults owning a smartphone, there may come a day when Twitter’s hashtags influence public policy.

Here are some examples of the biggest Twitter activism campaigns that have trended. Some of which have brought about real change.

Walking to library. Campus security stops me and asks for ID. Several times. Claims I don't "look" like a law student. #AliveWhileBlack

The #CrimingWhileWhite hashtag sprouted in response to the blowback from the much publicized Michael Brown case. When people claimed that the police responses for minorities were disproportionately harsh, twitter users started the hashtag to highlight the disparities in policing attitudes that white people experienced dealing with police. Often discussing how clear criminal activity while white led to no punitive actions being taken against them, while similar crimes by minorities are dealt with harshly.

In response, another hashtag was created, #AliveWhileBlack. This hashtag highlighted incidents in which black citizens were subjected to what they believed to be undue police scrutiny while going about such mundane and law abiding activities such as waiting for the bus at night, or driving home from work. These hashtags present a marked disparity in policing practices with regards to race. This may lead to a more productive conversation on these issues. Outcry in part over Twitter has caused the Ferguson, MO Assistant Police Chief, Al Eickhoff to roll out a new less lethal gun attachment.

Our prayers are with the missing Nigerian girls and their families. It's time to #BringBackOurGirls. -mo pic.twitter.com/glDKDotJRt

This hashtag brought international focus on the kidnapping of 276 Nigerian girls from a boarding school by the “armed group” Boko Haram. The group has a violent history, dating back to 2002 when it was established to fight to create an Islamic state in north east Nigeria. Attacking a high school at night, the Boko Haram rounded up the girls as they took their exams. They have demanded the release of some of their soldiers in exchange, but the President of Nigeria hasn’t given in.

The #BringBackOurGirls Twitter campaign went viral soon after, with over 4 million tweets being sent since the kidnapping.  Huge public names like Michelle Obama and Nobel Peace prize winner Malala Yousafzai have expressed support for the campaign. “Before the hashtag #BringBackOurGirls came into being, there was almost a total news blackout [about the] abduction of the schoolgirls,” said Ibrahim Abdullahi, a Nigerian lawyer who created the hashtag. “Most of the media…and the world became aware of the abduction through the online campaign. It created awareness to the plight of the schoolgirls and people of the northeast Nigeria in the hands of Boko Haram.” Despite the huge amount of support however, no military or diplomatic action has been taken.

Unless you’ve been living under a rock for the past, oh 4 years or so, you’ve probably heard of Fifty Shades of Grey. The bestselling book series of all time in Britain, this Twilight fanfic is the subject of quite a bit of controversy. Centered on mousy Anastasia Steele, and domineering billionaire CEO Christian Grey, the story has drawn criticism for its portrayal of BDSM relationships and its apparent glorification of abusive relationships. Recently, the first book enjoyed a theatrical release on Valentine’s Day which also broke records, having the biggest opening ever for a film on the combined Valentine's Day and Presidents Day weekend, $81.6 million over three days.

The name being a reference to the average moviegoer spending $50 on a night out at the movies, #50DollarsNot50Shades asks people to skip going to the theater to see this movie and instead donate $50 to a domestic violence agency or women’s shelter. The fear is that the movie will instill in women the idea that an abusive relationship is ideal and may lead to worsening the already growing problem of domestic abuse.  The hashtag also brought people to the online petition to boycott the movie which has over 110,000 signatures. From the text of the petition:

“To: Executives at Universal Pictures and Focus Features:

I am outraged that you have chosen Valentine's Day to launch a movie that promotes misogyny, abuse, and sado-masochism under the guise of “romance.”

This Valentine's Day I will instead be taking a stand for true romance, and will be boycotting the 50 Shades of Grey movie, and encouraging others to do the same.

This hashtag came into being after indie game developer Zoe Quinn’s ex-boyfriend Eron Gjoni accused her sleeping with several men while they were dating, including game reviewer Nathan Grayson whom people then accused of bias in promoting her game, Depression Quest. Depression Quest is a text based game Quinn says is inspired by her own experience with depression.  In the aftermath of the accusation, there was a spate of angry tweets from people accusing Quinn of sexual cronyism, with many of the tweets threatening in nature.  Many in the blogosphere leapt to Quinn’s defense, decrying her critics as misogynistic, as some of the more negative tweets directed at Quinn included threats of rape and other threats of violence.

Advocates of #gamergate believed this to be another example of cronyism, and claim to have created the hashtag to fight back. Opponents of #gamergate claim that this is where the misogynists found a home, claiming to fight for “ethics in video game journalism” while in reality trying to oust women from video games and video game development.  There have even been calls to classify “gamergaters” (as supporters call themselves) as cybercriminals, probably in order to capitalize on the growing public awareness of the ballooning issue of cybercrime.

The whole #gamergate movement has grown so wide that it’s caused several gaming sites like the Escapist and Destructoid to change their policies on ethics and disclosure. It also catapulted feminist vlogger Anita Sarkeesian to superstar status with her even making an appearance on the Colbert Report because of her contentious relationship with those who ascribe to the #gamergate community.  There was even an episode of Law and Order SVU recently that revolved around the #gamergate controversy.  The episode, taking a decidedly anti-#gamergate stance, shows the SVU officers pursuing a group of misogynistic, first-person-shooter fanboys who make terroristic threats against a female developer because they believe women shouldn’t be involved in gaming. Kotaku, a popular gaming site has said, “If you missed the episode, I wouldn't recommend it.”

Hashtags are revolutionizing the way the world talks to each other. With the ability to have a cause or political issue seen by millions and turn viral overnight, more and more people and organizations are turning to Twitter and its nearly all powerful hashtags to find their voice. While the vast majority of hashtags come and go, the ones that stay have the potential to change the world.