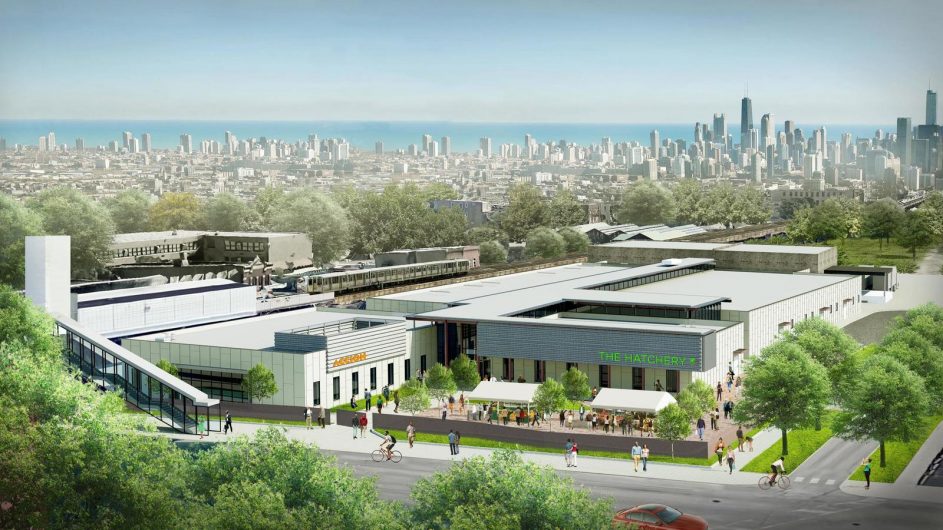 Starting a food business is one of the riskiest industries, but a new incubator in Chicago is aimed at easing founders into the industry.

The Hatchery, a premier non-profit food and beverage business incubator, will be breaking ground on a new $30 million facility and opening their doors to entrepreneurs to help them build their business.

The organization was launched by a joint venture between Accion Chicago, IFF and Industrial Council of Nearwest Chicago.

According to The Chicago Tribune, funding for the project will include investment from the Venture, the City of Chicago is providing around $8 million, largely through tax increment financing, and large food companies like Chicago-based Conagra Brands and Battle Creek, and Michigan-based Kellogg Company have also pitched in an undisclosed amount.

“Chicago is the global culinary capital and The Hatchery will give our local entrepreneurs access to food and beverage companies that operate across the world,” Mayor of Chicago Rahm Emanuel said. “But The Hatchery will do more than strengthen Chicago’s position in the food industry, it will also serve as a vital community resource and partner for residents across the West Side of Chicago.”

Read about more food tech incubators around the country

The organization will also have a 31 member community garden network and resident-led Neighborhood Market that will run year-round housed on their campus.

Accion Chicago is purposefully moving there to be a resource and help provide access to loan capital to tenants and members.

“The Industrial Council of Nearwest Chicago has been incubating small food and beverage companies since 1980 and we’ve learned a lot about what they need to grow,” Steve DeBretto, Executive Director ICNC said. “The Hatchery will put them in the middle of an entrepreneurial ecosystem so they can teach and learn from each other. Add the kitchens, business support, and connections to corporate partners, and we’re eliminating the primary barriers food entrepreneurs face when trying to scale.”

Once the facility is in place, The Hatchery will be considered one of the largest food and beverage incubators in the country that help founders from the ground up.

Another perk for the community is for those in the surrounding neighborhoods specifically West Side residents will be able to attend job training and food classes, among other events. The Hatchery will also host Garfield Park's Neighborhood Market on campus.

“I'm incredibly proud and honored to be a part of this remarkable project where food entrepreneurs will be given the resources and community support they need to build and grow their businesses,” director of The Hatchery Natalie Shmulik said. “The Hatchery Chicago will soon be home to some of the greatest food and beverage innovators who will drive the future of the industry.

The Hatchery hopes to create 150 jobs in year one and 900 by year five.

Read more about startups around the country at TechCo

The Hatchery photo courtesy of City of Chicago