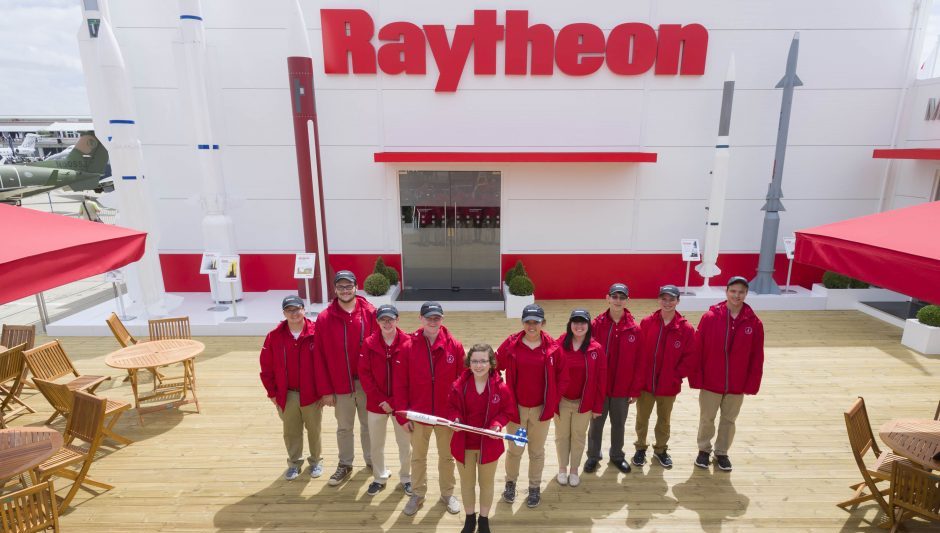 As a kid the opportunity to build a rocket was limited to paper towel rolls, tape, Mentos, Diet Coke and some imagination. Today high schoolers are learning the intricate details of building a rocket that can launch them into a carrier in STEM and catching the attention of leaders in the defense industry.

Nine high schoolers from Festus, Missouri, were chosen to represent the United States in the International Rocketry Challenge (IRC), a culmination of four separate competitions held annually around the globe. The team was sponsored by The Raytheon Company to compete against teams from the United Kingdom, France and Japan in the IRC at the International Paris Air Show. 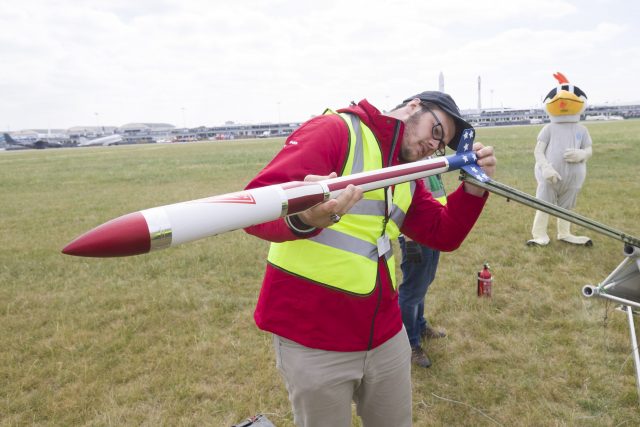 As part of the IRC, teams were required to launch a raw hen’s egg to 800 feet and return it to earth safely within 42-44 seconds. And I thought carrying an egg on a spoon was hard?

In addition to launch requirements, competing teams were also tasked with delivering a presentation explaining their rocket design to a distinguished panel of international aerospace experts, which accounted for 40 percent of their total score.

The team successfully designed and launched a rocket that met the precise engineering standards required to protect one raw hen egg throughout flight 800 feet in the air in 42-44 seconds.

For the 3rd year in a row, U.S. rocketry students have taken first place in the International Rocketry Challenge.

“The International Rocketry Challenge is a powerful way to inspire the next generation of technological innovators we need to solve some of the great challenges of our day,” said Thomas A. Kennedy, Raytheon Chairman and CEO. “Congratulations to all the participants on an outstanding global competition. Your enthusiasm for and expertise in science and math point to a bright future for us all.” 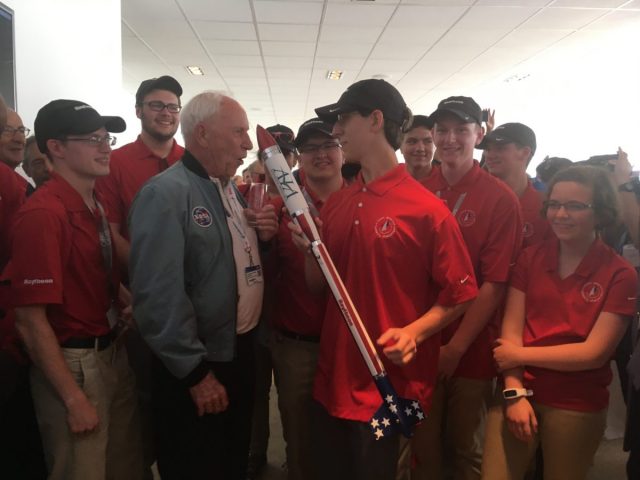 According to recent data from international math and science assessments, U.S. students continue to rank around the middle of the pack, and behind many other advanced industrial nations in science, math and reading. With advancements in edtech, the ability to expose a larger population of children to opportunities in STEM will help raise their skill set to compete on the global stage.

Apple launches a summer camp to teach kids to code

Here’s what the kids had to say about their win:

“It's great to finally see what aerospace is all about. The people you meet, the opportunities you have, and of course the sights to see make this an experience of a lifetime,” said Ashton Croft (9th grade).

“My favorite part about the competition is learning about the other teams and their culture. Now we're friends with them,” said Rylie Martin (11th grade).

“Competing with the other teams is fun, it's a friendly competition, but at the same time you want to win,” said Ryan Brown (12th grade).

Read more about STEM education for your kids at Tech.Co