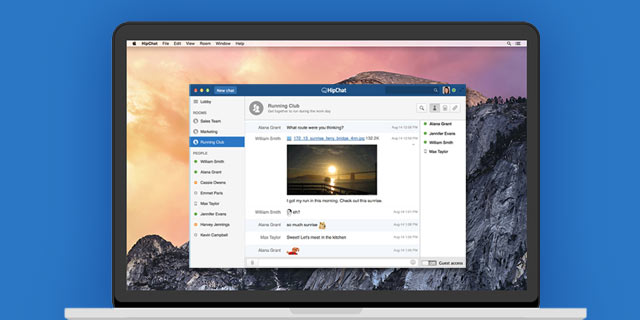 Atlassian announced this week that they’ll officially be expanding their HipChat team communications business in the 2015 calendar year. Specifically, they’ll be rolling out a new company business unit, they plan to triple the team’s workforce, and they’ll release HipChat Server – a version of the software designed for companies to run their team communications platform on their own, private network.

In 2010 HipChat was a pioneer in the team communications category, and they’re still combining one on one messaging, group chat, voice, video, file sharing, and screen sharing to date.

“Atlassian’s core has always been about making teams more productive,” says Mike Cannon-Brookes, co-founder and co-CEO of Atlassian. “We built our business helping technical teams, but the fundamentals of productive communication apply to any team. HipChat's runaway success shows people are hungry for a better way to work together.”

The new addition of HipChat Server is, according to Cannon-Brookes, paving the way for more business teams to benefit from a new type of communication. It’s a significant opportunity when you consider that more than half of the 40,000 customers across Atlassian’s products already run the software behind their personal firewalls.

As Atlassian continues to grow, they’re planning on increasing their total workforce by more than 500 employees worldwide this fiscal year, ending in June 2015. As it stands, the team dedicated to HipChat is expected to triple; they won’t stop accelerating product development in this fast growing market anytime soon.