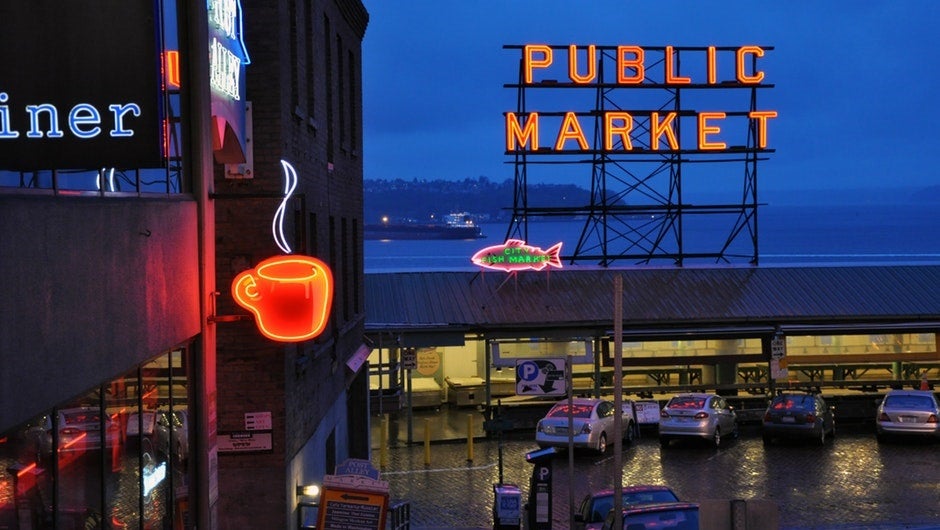 Seattle's tech explosion has nabbed it the title of the nation's fastest-growing big city, adding 57 people a day across a one-year period measured in 2015 and 2016. Massive hiring from tech businesses is no doubt driving a significant amount: Amazon alone occupies 19 percent of all prime office space in the city, more than twice as much space then any other major U.S. city gives a single company. But that's not all that's growing. The city's homeless population has risen 44 percent over the past two years and is now almost 5,500, one of the highest in the nation.

The news, from a report released this week by the U.S. Department of Housing and Urban Development, highlights a concerning problem dubbed a crisis by city hall.

Look, it's not hard to see a connection between the rising monthly cost of having a place to live and the rising numbers of people who can't afford a place to live. Nevertheless, we've got the stats: One article from Seattle-based tech site Geekwire highlighted an analysis from Zillow last August, and it's pretty precise.

“Seattle is one of several cities where Zillow ties rent increases to a rising homeless population. Zillow found that a 5 percent rent increase in Seattle would push an additional 258 people into homelessness,” the article notes.

Seattle's median rents are now in the top five most expensive in the nation. One homeless individual, Edward, offered King5 a quote confirming that this was the cause for him.

“Cost of living is too high in Seattle, and I was forced out of my place, because of rent increases. I couldn't pay it anymore, which drives me further away from Seattle to find affordable housing,” said Edward to the local news station.

Seattle's homeless population is the third highest in the U.S., behind the hubs of New York City and Los Angeles. While some of those concerned about the presence of homeless people in their beloved cities have turned to “defensive architecture” — uncomfortably designed benches and spikes in doorways designed to inhumanely force homelessness out of sight — a wiser approach would be to ramp up rental regulations. Seattle is already overdue.