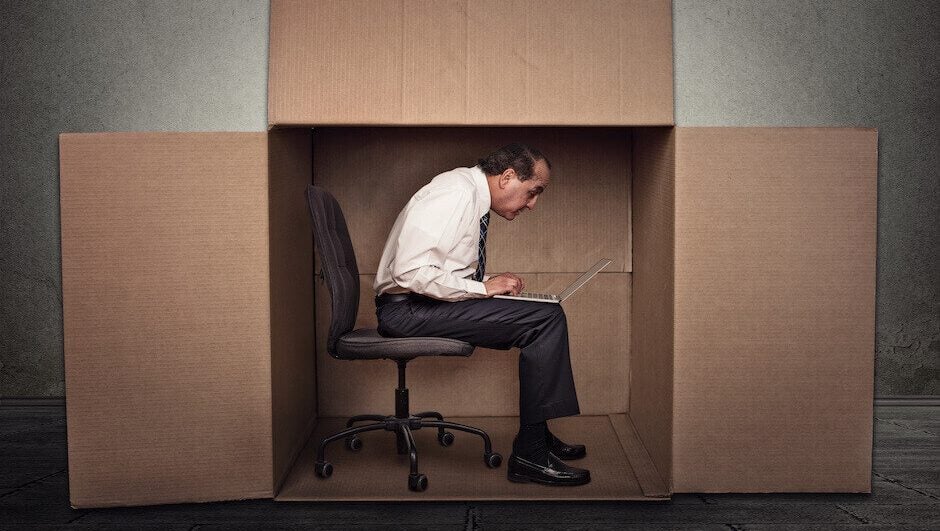 Consumer technology, like smartphones, laptops, and tablets, has become an integral part of everyday life for the majority of the global population. Unfortunately, the working conditions in which these devices are created have made headlines on numerous occasions for their grueling nature. And it's time we actually started paying attention.

With nearly 2.5 billion smartphone users worldwide and 95 million Amazon Prime members in the US alone, it's safe to say tech giants like Amazon, Apple, and Samsung are doing pretty well for themselves. Their products are universally adapted as standards in the business world, and individual users flock by the millions to purchase the latest yearly upgrades like moths to a blue light flame.

This unabashed love, however, has made society turn a blind eye to the means by which these devices are built. These alleged champions of progressive innovation have taken advantage of every lax labor law, every questionable manufacturing regulation, and every compliant regime to build as many devices as possible at the lowest cost. The well-documented working conditions of their infamous factories and warehouses are all the proof we need.

As perhaps the largest contributor to our obsession with consumer tech, Apple has enjoyed more than enough success with its line of iPhones and Macbooks. Particularly in the US, the Cupertino-based tech giant has influenced the course of commercial history on more than one occasion with their sleek, well-designed devices that are as easy to use as they are stylish. So, how does Apple produce so many iPhones, iPads, and Macbooks with precision and style? By manufacturing all their devices in China. 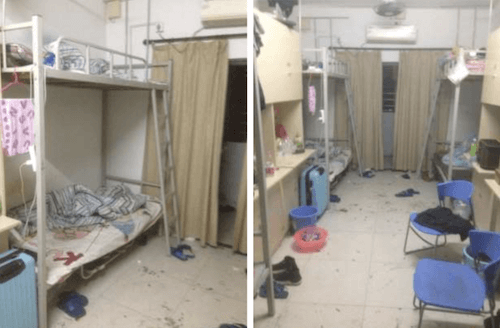 China is famous for lax regulations, particularly when it comes to labor, and Apple has been quick to take advantage. Bloomberg interviewed workers from a Catcher Technology manufacturing complex, one of many factories dedicated to producing Apple products. The thorough report consisted of responses that make the building sound like the setting of a dystopian sci-fi movie rather than an actual manufacturing plant in China.

Despite plenty of opposition from workers' rights activists, like China Labor Watch, Apple and Catcher Technology have investigated the claims on their own and found no code of conduct infractions to speak of, which let's be honest is pretty hard to believe, particularly when pictures of the living quarters, like the one you see on the right, paint a notably under-regulated picture of everyone's favorite smartphone developer.

Consumer tech products are flying off the shelves in record numbers this holiday season, and Amazon, the ever-growing online retail behemoth, is largely to thank. With access to nearly every product ever invented in two-days with free shipping, Black Friday and Cyber Monday were fueled by Amazon's convenient service.

However, all the holiday shopping buzz came with a black cloud of moral apathy, as Amazon continues to make headlines for the abysmal working conditions in their factories. Stories of overworked employees required to meet insane targets for fear of receiving “warning points” have become all too common on sites like VICE, VOX, and even Newsweek. These stories have led to some pretty interesting research about what's going on in these factories on a day-to-day basis:

These statistics came from a report from Organise, a workers' rights activist group, which also further documented the sadistic point system that penalizes employees for calling in sick or missing targets. Get enough points, and you can say goodbye to gainful employment, which has workers on edge for the entirety of their Amazon career.

“Everyone fears for their jobs. Honestly, I never knew this was how this company worked. I would never have left my previous job. Amazon fulfillment centers are the most terrifying place to work,” wrote one former Amazon employee.

For employees, this fear has manifested in some pretty serious ways, from stress and depression to dizziness and physical exhaustion. These complaints are a lot more serious than a single employee or even a single warehouse. In the UK, for one, ambulances have been called to Amazon warehouses 600 times in the last three years, according to data obtained by VICE, and more than half of those transported ended up in the hospital. And if more than 300 hospital visits per year doesn't spell a serious problem for working conditions in tech, what will?

Samsung is the global leader in the smartphone market, and for good reason. Their heavy-duty Android devices are almost always the first to feature the newest technology, from portrait mode cameras to waterproof casings, and they are lorded as a prophetic company with huge aspirations and even more resources to back it up. Unfortunately, they've got a problem listening to women, and it's not in the way you'd expect.

There's no denying that tech has a serious diversity problem, particularly when it comes to the gender gap. Women are vastly underrepresented in pretty much every level of the industry, despite countless initiatives to combat the problem. But Samsung has taken this tone-deaf attitude to a whole new level by ignoring female workers in Vietnamese factories, where 50% of Samsung phones are manufactured.

The International Persistent Organic Pollutant Elimination Network (IPEN) conducted confidential interviews with 45 women workers from two factories in Vietnam responsible for manufacturing Samsung devices. In addition to flagrant violations like not providing work contracts to employees, IPEN found that the working conditions are terrible, even for pregnant women.

“Pregnant workers stand for the entire shift but are permitted to take breaks,” reads the report. “However, most of them try to not take breaks because if Samsung thinks they are taking too much time off, the company deducts money from their wages. Time is controlled to such an extent that workers have to request ‘toilet cards' to be able to go to the bathroom in order to maximize time on the production line.”

Rather than address the problem, Samsung has opted for denial and intimidation. There are multiple reports of the South Korea-based tech company threatening workers for talking to the press and even attempting to suppress the IPEN report mentioned above. They were so aggressive in their attempts to silence their employees that the UN stepped in to insist Samsung explain itself. Samsung profusely apologized and promised to do better. Sure, Samsung. Sure.

The Tricky Issue of Ethical Minerals

Manufacturing isn't the only problem when it comes to the working conditions put forth in the tech industry. The minerals used to make smartphones, 4K TVs, e-readers, and everything in between are far from locally sourced, and the most of them need to be mined from more mineral-rich areas, most notably the Democratic Republic of the Congo (DRC). Unfortunately, the DRC and the surrounding regions are infamous for utilizing child labor in their mines, and tech companies haven't done enough to separate their operations from these problems.

With 3,000 mines in the eastern part of the DRC alone, it is understandably difficult to keep track of which minerals are ethically farmed and which ones are “conflict minerals.” Still, tech companies have only just started hiring teams and installing softwares to track exactly where their minerals are coming from. Even that though hasn't been able to completely solve the problem, as these tech companies continue to treat the symptom rather than the disease.

“This kind of approach, which is black-and-white, conflict-free or not, is maladapted to what really needs to happen, which is progressive improvement,” said Joanne Lebert, executive director of Impact to Digital Trends.

In the hopes of avoiding the problem rather than solving it, tech companies have gone in search of new sources of minerals in different parts of the world. The only problem is that the DRC is far from the only nation taking part in these less than legal work practices, and focusing their attention elsewhere is only going to make the problem more complicated.

“There’s generally a surprise that, despite the focus being on DRC, there are armed groups involved in the production of these minerals in places like Myanmar and Colombia, or that there human rights and environmental issues where companies might believe there is less of a footprint,” said Stefan Sabo-Walsh, director of commodities research at Maplecroft, a risk analysis group, to The Guardian.

The reality is that all these problems could be solved with a little more foresight and a little less greed. Tech companies are now infamous for their “profit first, ask questions later” mentality, and it seems to be costing them more money in the long run. If these tech giants want to keep their “progressive innovators” membership cards, they're going to need to start thinking with their heads instead of their wallets.