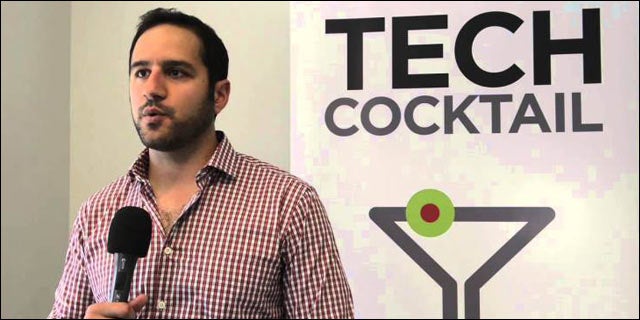 We've been seeing more and more companies invite an outside, well-experienced entrepreneur to sit as the Entrepreneur in Residence (EIR). Garrett Camp and Naveen Selvadurai, Uber and Foursquare cofounders respectively, have announced that they'll be adhering to this trend and bringing their own EIR into Expa, the startup studio.

Hooman Radfar, the Founder and Chairman of AddThis, will be joining the ranks at Expa following his recent move to the Bay Area from the East Coast.

“The process getting to Expa was pretty organic. Garrett and I have been friends for a few years, and prior to Uber he did StumbleUpon which was a partner to AddThis,” says Radfar. “When I decided to move to the Bay Area, Camp had just started Expa. After a while I mentioned that I wanted to get back into the grind. We kicked around ideas, and ultimately he asked: why don’t you just get involved with Expa more formally?”

Radfar jumped at the opportunity to work alongside the entrepreneurial powerhouse duo of Camp and Selvadurai. To date, he's the first EIR Expa has ever had, and the excitement for the future is palpable, especially considering Camp's $50 million investment into Expa.

“The big thing I’m excited about is that the people here are great. Garrett is a repeat entrepreneur and operator. Naveen built Foursquare out. These guys, at the end of the day, are craftsmen and the people who work here are the same,” says Radfar. “They’re meticulous, detail-oriented around products, and they’re also accomplished doers. Building an environment like that is a challenge, and getting to work and collaborate with them is a blessing.”

Coming from the East Coast was a definite change for Radfar, but the Bay Area has so much energy and excitement around the tech culture that he’s adapted nicely. Radfar promises that Expa will be working on some great projects in the near future, even though he can’t discuss details. We’ll make sure to keep you updated.