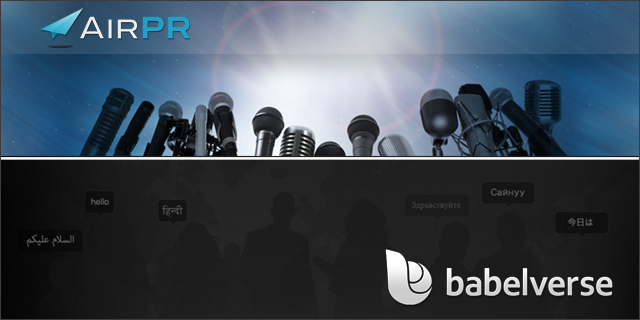 Are you working on a truly disruptive technology? Here's one sign that you are — people who hold incumbent positions in the industry express frustration and skepticism at your work. The good news for you is that these same skeptics are your future allies. All you need is an intense focus on product, and a steel-lined gut to engage with them and find out what they are really upset about. Hint: IT'S NOT ABOUT YOU.

As it turns out, a couple Microsoft BizSpark teams take a thoughtful approach to measuring market sentiment as they rollout their products, and the lesson to be learned from their struggles is that whenever there is confusion and anger, and maybe a healthy dose of skepticism about the impact your product will make on the market, you have a really good opportunity to leverage those emotions and key influencers to make your product and your marketing better.

But as any founder can tell you, this is always tough news to hear. How can you keep working on a product when it feels that the very industry you are here to help is out to get you? Simple. You can do two things:

1. Focus intently on product, and work slowly on your story as you build, build, and build

2. Engage with your critics to turn skepticism into a helpful collaboration

Take the conversation on a Facebook page run by Jeremiah Owyang, an analyst at the Altimeter Group. In the post, Owyang points out that recently launched AirPR is angling to give the top 1 percent of the PR professionals in the world a place for leveraging new client relationships, a model that is played out on a social commerce platform that is a little like Angie's List. Unlike Angie's List, the reviews are not public. FYI: AirPr is a BizSpark member.

Sharam Fouladgar-Mercer, founder and CEO of this PR marketplace, weighed in during the weekend conversation, addressing questions about the vision and tension about whether the platform was selling “snake oil” to the profession. What immediately became clear was that anything new — and disruptively new — not only creates tension. It also seems to create a lopsided conversation, where people who don't understand the market play lump observations into a collective sense of dissatisfaction with anything new. This shows any careful observer that something is actually wrong in the marketplace. All the startup is doing is addressing it. In addressing it, the company will take the barbs.

Fouladgar-Mercer tackled this by listing out the steps his company was taking to help (rather than destroy) the industry. He knows a little about what he is talking about; he was Entrepreneur-in-Residence at Shasta Ventures, and worked at Sierra Ventures for a time:

Our vision is to (first) solve the latent — and overt — issues in the PR industry using technology as the driver. The goal was and is to build an amazing team, which includes the best and brightest minds in both technology and communications so that we can have a 360 degree understanding of what those problems are. Not based on a hunch, or speculation, but on actual data – both anecdotal and quantitative. I'm proud to say that we've been successful in doing that thus far. With regard to any PR engagement, the key is not necessarily how many years of experience (I mentioned it only to answer a specific comment), but the quality of the talent. Just like everything that is evolving, the story – our story – isn't nearly finished. In fact, it is evident that all marcom functions will continue to change and evolve, hence this discourse – and we welcome it. It's been great to see, and I appreciate the thoughts. Additionally, we have several success stories from customers on our site in terms of Marketplace, and I am confident that there will be more! Last point: we are having a blast and learning a ton along the way

This offers a really cogent lesson for other BizSpark teams who are doing the same kind of thing in their spaces. Your focus on product is your PR. When you embody the problem and focus on the product's addressability to that problem in the marketplace, you are well-armed to be your own PR machine. It gives you a reason to keep working, even when there are a lot of questions. It's the ammunition you are going to need to make the product better and make the conversation more meaningful for skeptics and supporters alike.

Jerry Reynolds, founder of social travel calendar Plandree said that he discovered early on that he had to be just as focused on the product, because he knew it was set to disrupt notions of what travel apps do in the space. He didn't want to push something out there and see what happened. He wanted to spend a lot of time on the problem.

“The challenge in creating a company in today's startup environment is the notion ‘to be viable you have to launch early and iterate quickly.' On some level that is indeed true. But when you are attacking a problem that really wants to change how an industry works, you have to focus on the foundation,” he says. The foundation is how the current market doesn't serve something stuck in the customer's mind — a something that is missing.”Plandree has set our official launch day a couple of times and missed because certain things just were not right.” And that's okay.

When The Industry is Up In Arms, Engage

Josef Dunne, a founder at Babelverse, a new platform for interpreter services, started his company with co-founder Mayel del Borniol because he was so frustrated with not being able to hire an interpreter quickly enough in Greece; he knew something had to be made to fix it.

Nobody is going to like what you do when you disrupt old markets, or entrenched positions, but most people in the industry will benefit from the result of your work, and especially if you do the second thing in the list: Engage. You will find that when you engage and really ask questions about what makes them so upset, they become – in some cases – your secret allies. However, most people are on the fence about change.

The issue here gets really rocky. How do you engage when you have apathy, at best, and dislike, at the worst? One answer: you need to understand their struggle, because at the end of the day, you are really there to help them. Again, it's so not about you. It's about making something in service to other people.

And here's why it's hard for an incumbent.

Incumbents know that any proof of success they see in others using the new technology is also proof that something is erasing the gains they hold, which leads to a tension, and often paralysis. Incumbents then feel threatened by their own lack of progress, which they will continue to blame outwardly on the market disruptors. Which means, you have to serve a rather unexpected need. More than anything, you have to help those incumbents move on from the paralysis.

Dunne told me in a Facebook chat recently that “a lot of these industries also cannot understand how a small team of say, three – four people, can make such an impact nor how we can have ‘credibility.' Yet they LOVE what we are doing and HATE it! But [then they] don't often understand how startups work, how we're lean, we're small, and how we don't have 10-storey offices.”

“That pattern does happen among people we have come up against, yet when we meet them in person, they are sometimes completely changed by our encounter, and if you get an incumbent who is sooo against you, to then understand what you are doing and support you and defend you,” says Dunne. “Someone who is established in the industry, they change and understand us more after a F2F encounter, only to become as much of a supporter of babelverse and defending babelverse as they were against it.”

“Some are just on the fence,” he says, “But at least that is progress.”