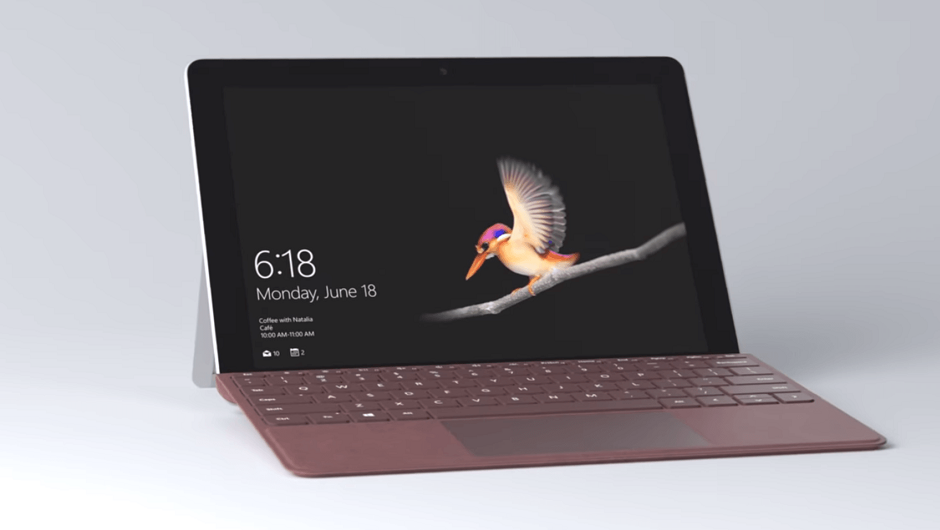 Microsoft has today launched the Microsoft Surface Go, a new 10-inch tablet device that aims to bring a mobile experience to a lower price point. It's a clear competitor for Apple's iPad that hopes to snag the more cost-conscious Windows lovers in the market for a tablet.

The biggest difference between the Surface Go and the Surface Pro, however, is the Go's lack of a keyboard. Getting the Surface Go with more storage and a bundled keyboard will cost around $650, a jump up from the entry-level, keyboard-free Surface Go's appealing $399 starting price.

Microsoft Surface Go: What Is It?

Like the Pro, this device comes with a 8MP camera and microSD card slot for extra storage. The design uses a 3:2 aspect ratio display with 1800 x 1200 pixel resolution.

Charging time is two hours, which will give users up to 9 hours of screentime before the next charge is needed. 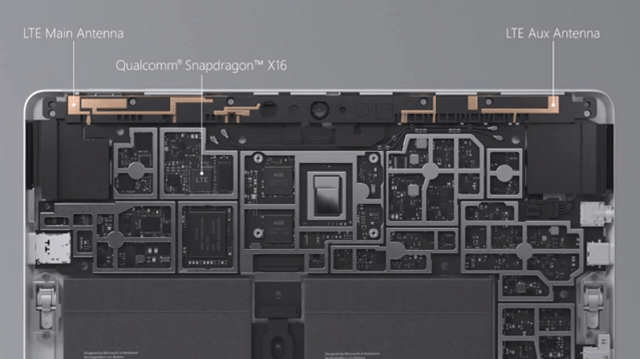 Can the Microsoft Surface Go Beat the iPad?

The short answer: Not really.

Pit the Microsoft Surface Go against the incumbent iPad in a battle for the (shrinking) tablet market, and it comes up short. First, there's one factor your average consumer cares about the most: the price tag.

Cost: The cheapest iPad on the market will run you $329 for 32GB. The cheapest Surface Go is $399, and that's without the keyboard. Granted, the Surface Go has 64GB, but a lot of this storage gets eaten up by the data-heavy Windows 10 operating system. You can, at least, boost this storage with a memory card slot.

Weight: The Surface Go's weight starts at 18.4 ounces. The current iPad Pro 9.7 is a little more trim, weighing in at 15.36 ounces. The Surface Go does beat the bigger-screen 2015 iPad Pro's hefty 25.4 ounces. For a brand new tablet pitched with the name ‘Go', it's odd to see the new Surface behind the iPad when it comes to how much your shoulder muscles will regret that walk to the nearest coffee shop.

Features: The Surface Go's USB-C port and micro SD expansion slot can't be found on an iPad, and the Windows 10 system will be a perk for anyone on Microsoft's side of the Windows-Mac debate.

So who wins? The iPad's price, weight, and ability to deliver the basic functions expected of a tablet put it ahead. It's Apple's market share that really seals the deal, however: Apple's leading 27 percent share of the market means that Microsoft will need to deliver a next-level device in order to break out.

What's Next for Windows Tablets?

Last year, overall tablet shipments dropped 6.5 percent, hitting 163.5 million units. Windows tablets remain a strong contender in the space, even if they're very unlikely to topple Apple, and that's a good position to be in as all the third-rate vendors and also-rans are slowly squeezed out.

But the Windows operating system has never fared particularly well in the tablet market, and its biggest fears in the space should be iOS and Android. Provided the next Windows tablet to debut continues to improve on price or ease of use, Microsoft may see some growth, but even then, the state of the market won't allow them much stretching room.

The keyboard and accessories are extra. The black Surface Go Type Cover costs $99. A different model, the Signature Type Cover, costs $129 — it comes in a few different colors and with a slightly larger trackpad allowing for more precise input.

In addition, the Surface Pen is $99, and the Bluetooth Surface Mobile Mouse costs $34.99.