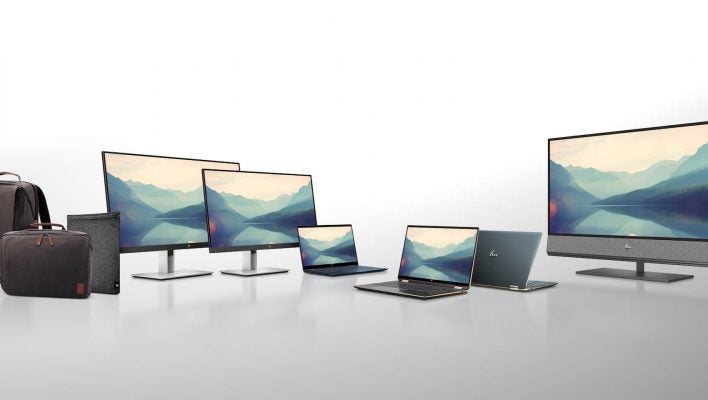 CES 2020 is officially in full swing, and a number of companies have already announced the innovative products they plan to unveil in Las Vegas. Among these tech giants announcing products is HP, and their improved lineup of laptops and All-in-Ones is nothing to scoff at.

HP is not looking to disappoint this year, with some serious improvements to its Spectre x360 ultrabook catching the eye at CES 2020.

Check out our overview of the new-look Spectre x360 15 below, plus a round up of everything else HP is showing off this year.

More on this – see our guide to the Best HP Laptops 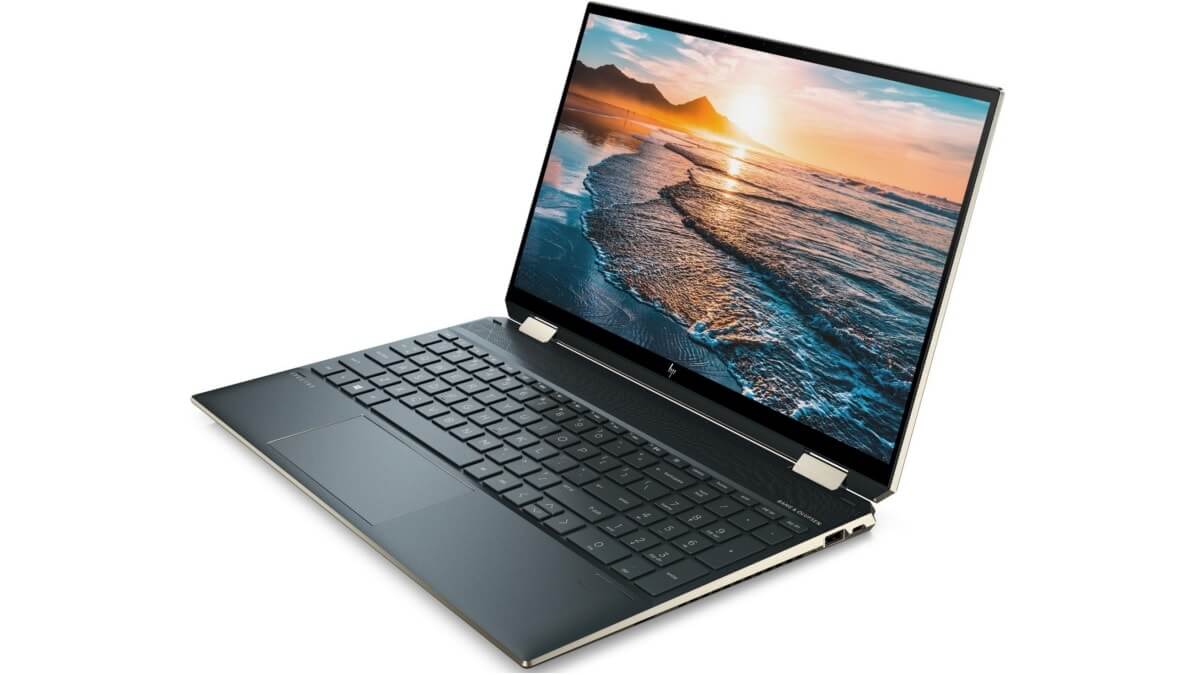 The Spectre x360 15 was already a classy Windows ultrabook, with MacBook-bothering ambitions. The 2020 update should be even more alluring – in its none-too-modest press release, HP claims the latest edition is “masterfully redesigned” to solve some big problems of former iterations.

For one, the new model gets rid of the massive bezels — much like the Spectre x360 13 announced last year — leading to a 90% screen-to-body ratio and cutting down substantially on the overall size of the laptop. Other specs include:

Additionally, the Spectre x360 15 improves on the woeful track pad functionality found in the 2019 model, giving it the Windows Precision Drivers treatment found on newer HP laptops. It will also feature 17 hours of battery life, which should be more than enough no matter what you're using it for.

If you're worried about security, the HP Spectre x360 15 also includes complementary licenses for Express VPN, a leading VPN on the market, and LastPass, one of the most popular password managers around today. In this age of heightened online security risks, every laptop owner should consider using such services, so it's great to see these baked in with the new x360. 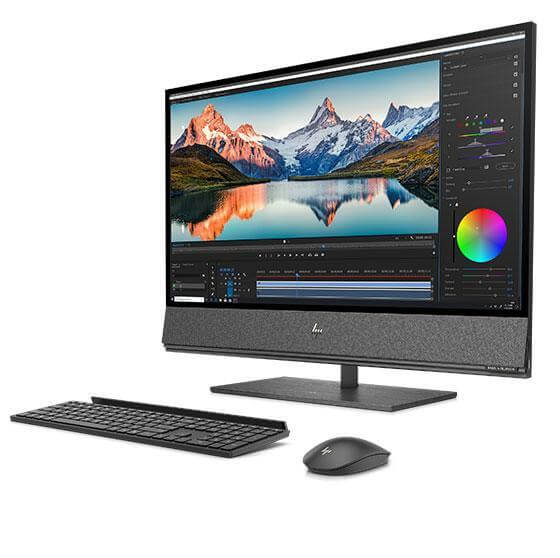 In 2020, it can be easy to forget that desktop computers still make up a significant portion of the market, and HP is aiming to keep it fresh with the ENVY 32 All-in-One. This heavy-duty PC is the first all-in-one to be a part of NVIDIA’s RTX Studio program, giving it some serious creator-centric functionality. For instance, it's claimed to be capable of running 40 different creative and design apps.

With plenty of power to handle photo and video projects, you'll be able to seriously cut down on editing and production time. Plus, you'll get to check out your projects on an edge-to-edge glass display, making for a screen-to-body ratio of more than 92%. The screen also has a 6000:1 contrast ratio, so your projects will look as clear as ever. Other specs include:

The HP ENVY 32 All-in-One also features a truly impressive audio setup, with built-in front-firing tweeters and subwoofer speakers. You'll even be able to stream music from your smartphone to your PC speakers, regardless of whether the PC itself is on or off.

Another handy feature of the HP ENVY 32 All-in-One is its wireless charging capabilities built into the stand. That's right, you'll be able to place your smartphone (as long as it's Qi wireless charging compatible) directly onto the base and it will wirelessly charge the device for you. This feature has been around for a few iterations now, but it's a handy function, especially when combined with the streaming feature mentioned above. 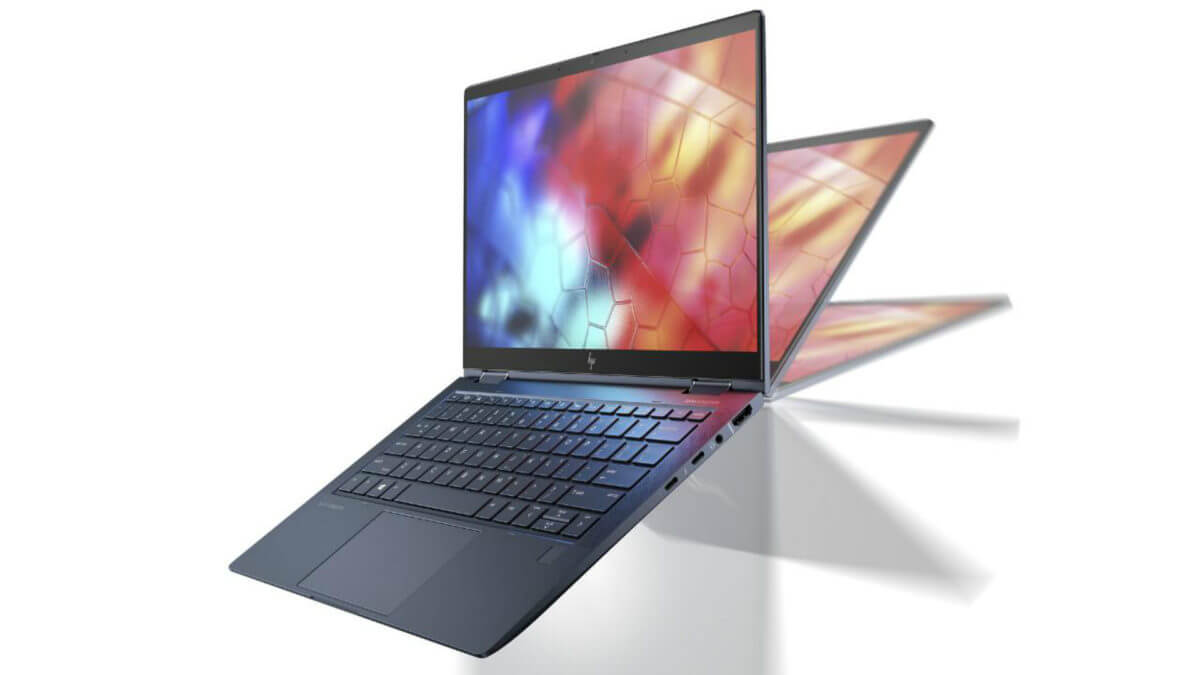 Despite launching the first generation of this laptop only last fall, HP is already rolling out an update. The business-focused Elite Dragonfly G2 is getting storage upgrades, with 1TB and 2TB options available, plus a chip upgrade, as it now features Intel’s 10th Gen Intel Core vPro processor.

To sweeten the deal, HP has also included a built-in Tile tracker. Tile is one of the world's leading Bluetooth trackers, allowing users to not only locate the device with GPS, but also make the device emit a loud beeping noise so that you can find it when it's been misplaced. Other specs include:

In addition to all that, 5G has officially made its way from smartphones to laptops, as the HP Elite Dragonfly G2 will feature a 5G modem, making it compatible with all those high speed 5G networks that are (hopefully) on the way. All that power is even more impressive when you consider that the Elite Dragonfly G2 is one of the lightest convertible business laptops out there.

If sustainability is on your mind when it comes to purchasing a new laptop, the body of the HP Spectre x360 15 is made out of “ocean bound plastic material,” while “82% of the mechanical parts [are] made from recycled materials,” too.

The HP Elite Dragonfly will be available in February 2020 and the price has not yet been announced.