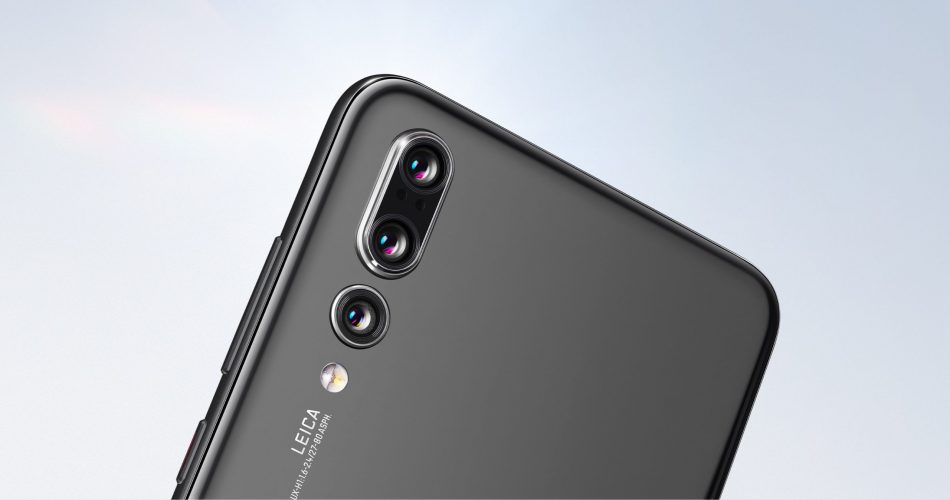 Chinese tech upstart Huawei just laid down a challenge to the Apples and Samsungs of this world with its Huawei P20 Pro and P20 smartphones. These two new handsets, unveiled in Paris today, feature killer cameras and huge screens. But, the hostile US attitude to the Huawei brand — based on some serious cybersecurity allegations — might mean that American consumers will have to go without.

Smartphone shoppers in Europe are soon to get their hands on these cut-price iPhone killers, but those of us stateside might be set to miss out. This follows official warnings by US intelligence chiefs against purchasing from the Chinese brand (it's pronounced “wah-way”, incidentally).

We run through the features of these two new Huawei smartphones, plus explain how the company has managed to fall afoul of the CIA, FBI and NSA.

Two cameras on the rear of your smartphone are just so passé. While the Samsung Galaxy S9 and iPhone X each boast a dual-lens camera, Huawei believes three is far from a crowd.

Keen to make a splash at its unveiling event in Paris, Huawei led with the prowess of the unusual triple-lens camera on the P20 Pro. Boasting a color RGB sensor (at an incredibly detailed 40Mp), plus a 20Mp black and white sensor and a further 8Mp zoom lens, the P20 Pro claims to put any other smartphone photos to shame.

Huawei insists you'll see superior detail in low light, plus consistent quality even when zooming on the phone. The front-facing camera is no slouch, either, with 20Mp of detail.

The cheaper P20 (non-Pro) model has to make do with a dual-lens camera, including a lower detailed 12Mp color sensor.

The two phones each sound impressive on paper, but the Pro pulls far ahead with its top-of-the-line specs. As well as a larger screen and waterproofing, the Pro model boasts a triple-lens camera to the regular P20's mere dual-lens approach.

Indeed, with its almost bezel-less screen that extends to the sides of the phone — save for a familiar ‘notch' at the top where the front camera sits — the P20 Pro looks remarkably similar to the iPhone X. 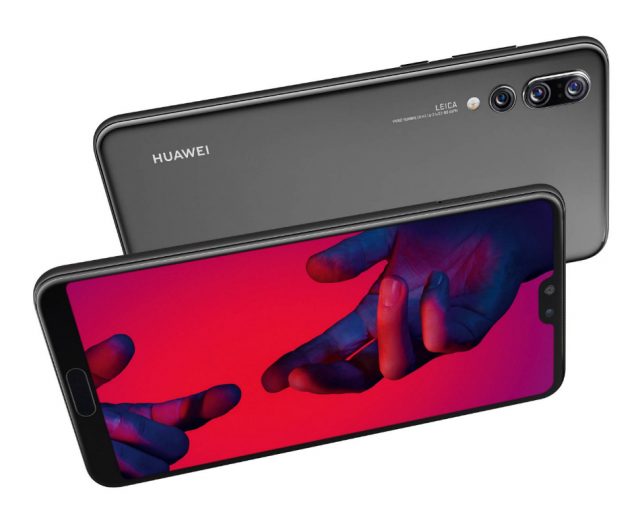 Huawei is nothing if not ambitious, and the P20 and P20 Pro are a clear challenge to the best phones in Samsung and Apple's respective stables. They even undercut these rivals on price (you can expect those launch prices to fall, too). The stinger? These models may never sell on US shores.

That's because several US security agencies have labelled Huawei as a serious security concern. As reported in The Wall Street Journal, Huawei has been all but banned in the US, following allegations from the FBI, CIA and NSA that it presents an alleged cybersecurity threat. These concerns aren't, it must be noted, shared by the rest of the Western world.

“Huawei is trusted by governments and customers in 170 countries worldwide,” the company states.

January this year presented a double-whammy of bad news for Huawei's ambitions for breaking into the US market. Texas Representative Mike Conaway introduced a bill putting forward a ban on US government agencies from using equipment from Huawei (along with another Chinese brand, ZTE). “Chinese commercial technology is a vehicle for the Chinese government to spy on United States federal agencies, posing a severe national security threat,” according to Congressman Conaway.

Hot on the heels of this news, AT&T pulled out of a deal that would have seen it stocking Huawei phones in the US. Verizon followed in suit shortly after. Factor in a growing war of words between the Chinese and US governments over trade tariffs, and the story looks less than rosy for Huawei's chances of breaking into the States.

So, will US consumers have to look on enviously as European smartphone owners enjoy no less than three lenses on their top-of-the-line smartphones? Or, will the smart money remain on keeping Chinese tech at arm's length in these security-conscious times? Perhaps Apple can hurry up and develop a triple-camera iPhone (via its Chinese-based factories) to help tide things over…

Read more about Gear and Gadgets on TechCo