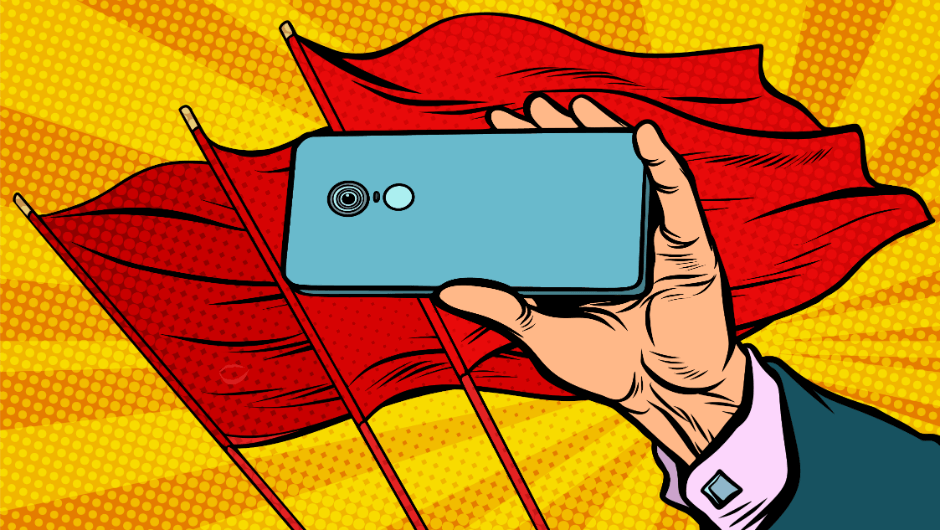 Huawei is the second-largest smartphone manufacturer in the world, recently beating Apple to second place, with the Chinese company selling over 10% of all the world’s smartphones. Yet its devices are effectively banned from sale in the US, due to suspicion of Chinese state involvement in the running of the company, and ties to the Chinese military that go right back to Huawei’s inception.

Huawei has also become embroiled in a row about 5G infrastructure. The US government, for example, has been steadfast in its refusal to Huawei components. However, the British government has recently defied US wishes and begun to include Huawei in its 5G rollout. According to prime minister Boris Johnson, Huawei's components will be on the “periphery” of the UK's 5G network. But, the move still marks a major defiance of the US government.

Experts have claimed, however, that the UK's infrastructure is “broken” and its reliance on just three companies, including Huawei, is a risk to long term security. The British government has limited Huawei to controlling just 35% of the network. But, the lack of consensus on Huawei shows how little is known and understood about the company by the general public and those in power.

At the start of 2018, Verizon and AT&T refused to stock Huawei phones in the US, labelling them a security threat. In February that year, the heads of three US intelligence agencies advised against using Huawei devices. In August 2018, President Trump signed the Defense Authorization Act, which included a ban on US government employees and contractors from using Huawei devices.

The suspicion of Huawei has spread beyond the US, too. In July 2018, the British government produced a report criticizing the security protocols of Huawei phones. Australia has banned Huawei and fellow Chinese smartphone manufacturer ZTE from supplying technology for its 5G network.

How did we end up here? How did one of the biggest smartphone companies in the world become entangled in such a geopolitical mess? And is Huawei a genuine security threat? To find out the answers to all these questions, we have to go right back to the company’s origins.

How Did Huawei Begin?

Huawei was founded in 1987 by Ren Zhengfei, the son of two school teachers from south eastern China. Ren had a humble upbringing – in an in-house Huawei magazine, he claimed that “Until high school, I never owned a proper shirt.”

Unlike his parents – who, as former members of the nationalist Kuomintang party, spent time in labor camps under the Cultural Revolution – Ren served in the Chinese People’s Liberation Army (PLA). Huawei claims that Ren’s work never saw him hold a military rank, instead remaining on the civilian side of the service, in the engineering corps. During his service, Ren was even prevented from joining the Communist Party.

Nonetheless, Ren rose to become Director of the PLA’s Information Engineering Academy – responsible for telecoms research for the Chinese military. Ren was further rewarded for his performance by being invited to the Communist Party's National Congress in 1982 – theoretically the highest body within the Communist Party and a pivotal part of Communist Party pageantry.

Ren was discharged from the military in 1983. Four years later, he founded Huawei in the city of Shenzen, with about $2,500 and no government or military assistance. It began small, functioning as a sales agent for landline phone exchange switches. 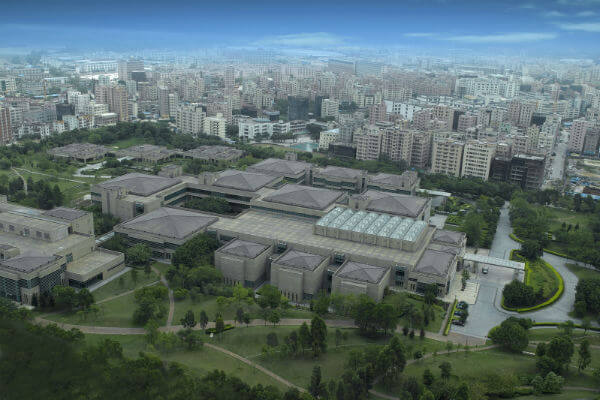 Its growth was remarkable. By 1990, Huawei was creating its own devices; by 1995, it was generating a scarcely believable $180m in sales; by 2000, it had established an R&D centre in Stockholm and was generating $100m from international markets. In 2004, Huawei shipped its first phone, the C300.

Given Ren’s background, it’s understandable that concerns remain around Huawei’s ties to the military. Indeed, the company’s complicated corporate structure has even been alleged by some to be a cover for control by the Chinese Communist Party.

Huawei and the Chinese Military

The Chinese military remains an important customer for Huawei and serves as the company’s political patron and R&D partner.

Unsurprisingly, Huawei denied all links to the military in a lengthy statement it gave to the Wall Street Journal following its abortive acquisition of US server company 3Leaf, back in 2011.

“First, the allegation of military ties rests on nothing but the fact that Huawei’s founder and CEO, Mr. Ren Zhengfei, once served in the People’s Liberation Army. It is a matter of fact that Mr. Ren is just one of the many CEOs around the world who have served in the military, and it is also a matter of fact that Huawei has only offered telecommunications equipment that is in line with civil standards. It is also factual to say that no one has ever offered any evidence that Huawei has been involved in any military technologies at any time. “

However, according to Timothy Heath, Senior International Defense Research Analyst at the RAND Corporation, this simply isn’t true:

“Huawei continues to receive contracts from the Chinese military to develop dual use communications technologies. As of January, 2018, Huawei remained active in the 863 funding program. In particular, it is helping develop 5G networks with military applications in mind.”

The 863 program (begun in 1986) sought to improve the PLA’s technological capabilities by utilizing and funding private companies to develop technologies with commercial and military applications.

Huawei isn’t alone in this connection to the Chinese military, however. In fact, many Chinese companies – and tech companies in particular – are said to work on what has been called a “digital triangle”. The three sides of the triangle are tech companies, the Chinese government’s state R&D and funding infrastructure and finally, the PLA.

With worries over cyberwar and digital snooping, just how possible is a Chinese cyber-attack enacted through consumer tech devices? Timothy Heath believes it is entirely plausible:

Moreover, when we asked Heath about the role consumer tech companies play in China’s national strategy, he replied:

“…tech companies play a critical role in developing the dual use technologies that the PLA needs to fight a hi-tech war against world class militaries like that of the United States.”

It’s important to note, no smoking gun has been found. While US, UK and Australian governments block Huawei technology from official use, none of them have yet pointed towards a line of code or piece of hardware that shows genuine evidence of Chinese state snooping. But still, the concern remains that the Chinese government is intimately involved in the running of Huawei.

What is the Chinese Government’s Involvement in Huawei?

As far back as 2012, the US government has been trying to probe into Huawei’s governance and relationship with the Chinese government. When the US House Intelligence Committee asked Huawei to list its ten largest shareholders, it refused to reply. 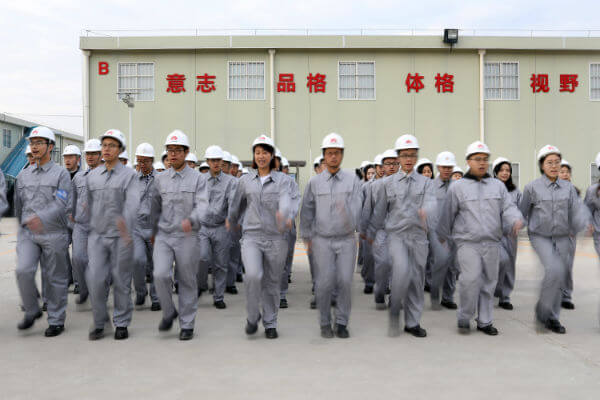 Huawei employees during their morning exercises whilst on hardware training at Songshan Lake, Dongguan

According to a Huawei spokesperson speaking to Australian IT News, no government entity holds any of the shares. But, that doesn’t mean the government is hands off.

Indeed, Chinese law requires that committees from the Communist Party exist within all Chinese businesses. According to the US Select Committee on Intelligence, these committees are the vehicles for the Party to exert influence and pressure on companies and monitor their performance.

As a rule, they have less independence from the state, simply because, in China, everything is connected to the state. Moreover, Chinese business leaders know, as Magnus put it, “Where their bread is buttered”. It’s in their interests to be on good terms with the Party.

In return, the Party keeps a close eye on companies to ensure they are pulling their weight and meeting their growth targets. With Huawei, this relationship goes even further.

One of the most notorious aspects of the Chinese government’s domestic policy is its control over the information the Chinese people are able to access. Here, too, tech companies have a part to play. Even Google is planning to re-enter the Chinese market with a version of its Search tool that complies with China’s censorship laws. 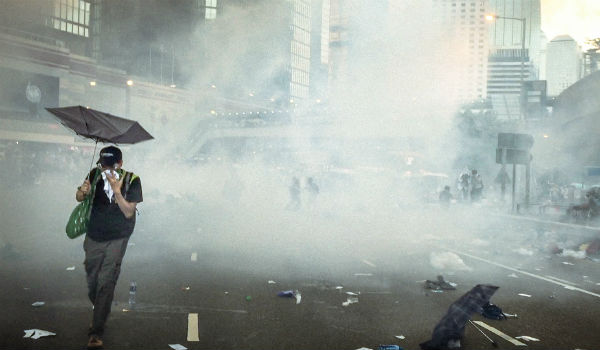 A protestor in Hong Kong, less than 20 miles from Huawei's Shenzen HQ, in the aftermath of the Umbrella Protests. Credit: Studio Incendo

Timothy Heath of the RAND Corporation suggests that Huawei, too, has its part to play in strengthening China’s information monitoring and control:

“Hi-tech companies like Huawei are developing useful technologies for monitoring and controlling potential enemies of the Chinese state. China relies on such companies in its efforts to develop a massive surveillance state and spy on potential threats in China and abroad. For these reasons, China’s government can be expected to remain a strong supporter of Huawei, and to expect Huawei’s cooperation with state authorities as needed.”

So, Should We be Scared of Huawei?

It is certainly true that there are aspects to the way Huawei operates and interacts with the Chinese government and the Party that western governments, businesses and everyday consumers might find concerning.

While the company gives statements to the WSJ and the Select Committee on Intelligence flatly denying any involvement with the Chinese military and PLA, western researchers have been able to discern historic and ongoing connections between the tech company and China’s armed forces. Huawei continues to develop 5G communications for the Chinese military, as well as for civilian use.

Of course, at a time of heightened trade tensions between the US and China, tech companies can be used as proxies in a war of words between governments. And the suspicion goes both ways. In fact, “Chinese officials have repeatedly called for technology made by American companies to be replaced by locally produced ones.”

Can Huawei compete with the likes of Apple? Absolutely. Its class-leading P20 Pro is a stunning phone, and the Huawei Matebook X is a genuine MacBook competitor. These products demonstrate a remarkable propensity for innovation and growth considering that less than forty years ago, Huawei was making telephone line switches for offices in regional China.

But, once you begin to dig deeper, alarm bells begin to ring. From the connections to the Communist Party, through to continued work with the PLA, there’s much about Huawei that remains murky. Until it offers genuine transparency around its structure and ties to the Chinese state, these alarm bells will continue to ring, and the US market may remain out of Huawei’s reach.

We reached out to Huawei spokespersons for comment on this article, but received no response.