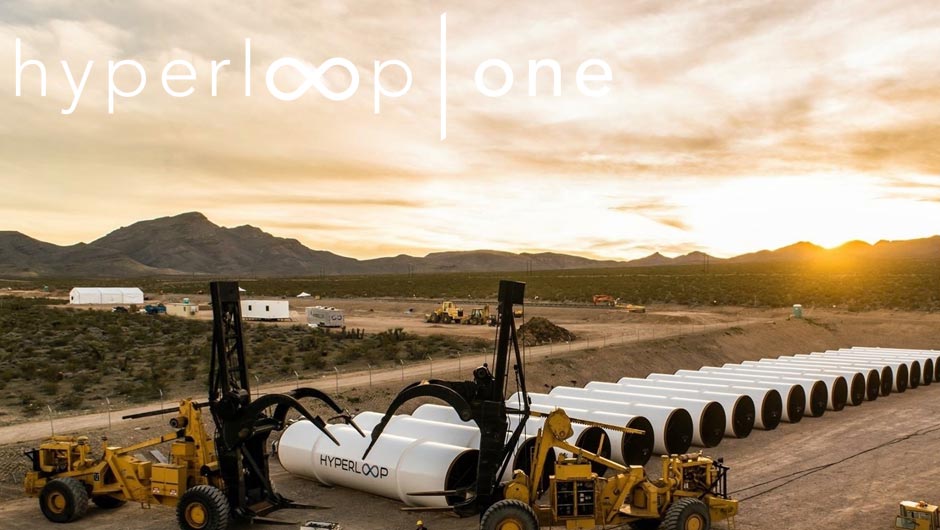 Imagine if you could travel from Las Vegas to Los Angeles in 20 minutes. That's the dream of a hyperloop, an idea conceived by Elon Musk. Today, in downtown Las Vegas at a press and investor event, Hyperloop Technologies shared some exciting updates which included the change of its brand to Hyperloop One, new strategic partners, and an $80 million dollar round of funding.

“This is the first step towards a major revolution in transportation,” said Rob Lloyd, CEO of Hyperloop One.

The name change makes sense as there are other competitors using a similar name, so the Hyperloop One brand will help them differentiate from the other efforts.

Investor and entrepreneur Shervin Pishevar shared the origin story of Hyperloop One which included taking Elon Musk's idea and nudging him to turn it into a white paper so that others could push it forward. Pishevar ran with it and eventually pulled in former SpaceX employee Brogan BamBrogan as their CTO. BamBrogan shared the technical vision for building Hyperloop One and summed it up by saying:

“It's a smooth, elevator like experience to get you directly to your destination.”

Pishevar went on to say that while virtual reality is cool, it's not real life and continued:

“You cannot hug a hologram. For those of you that know me, I'm a hugger, so that's really important to me.”

Pishevar and his team know that this will not happen overnight, and require many enormous efforts by various groups referred to as the “global ecosystem”. This new global partner ecosystem includes leaders in transportation engineering, architecture, infrastructure strategy and financing, construction and operations. Companies including AECOM, AMBERG Group, ARCTURAN SUSTAINABLE CARGO, ARUP, Bjarke Ingels Group, Cargo Sous Terrain, Deutsche Bahn Engineering & Consulting, FS LINKS, GRID, KPMG and SYSTRA have all joined forces with Hyperloop One to develop the future of transportation. Some of the partners joined the Hyperloop One CEO on stage.

Photos from the event can be seen in the photo gallery below. 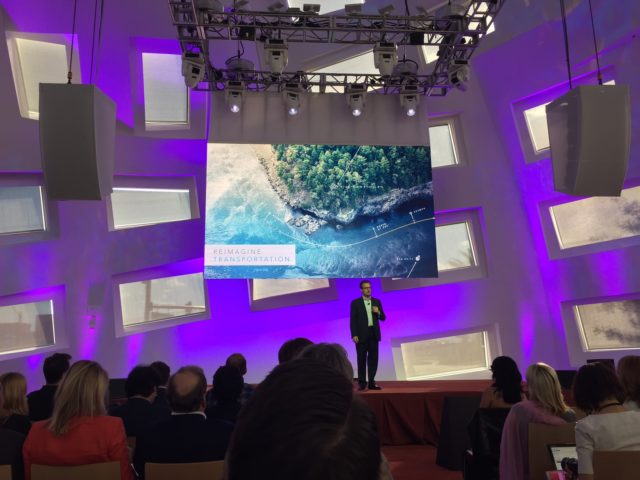 Rob Lloyd, CEO of Hyperloop One, shares the vision. 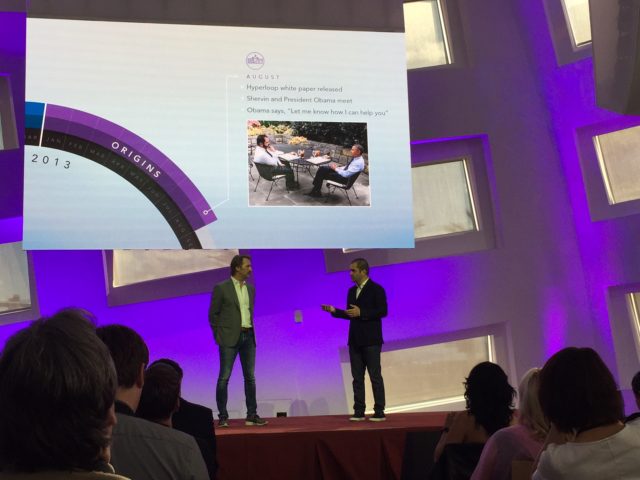 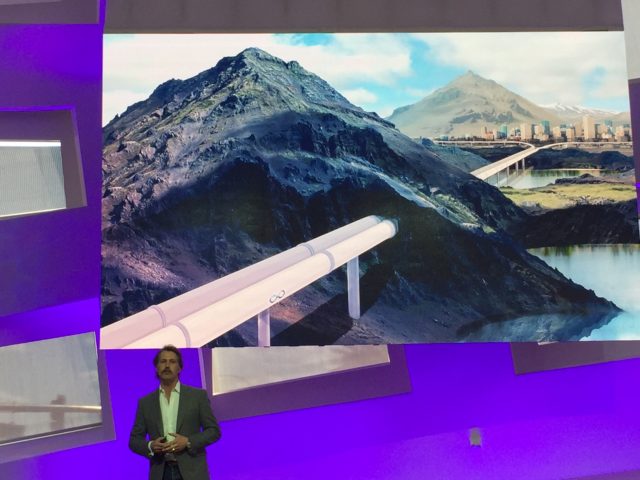 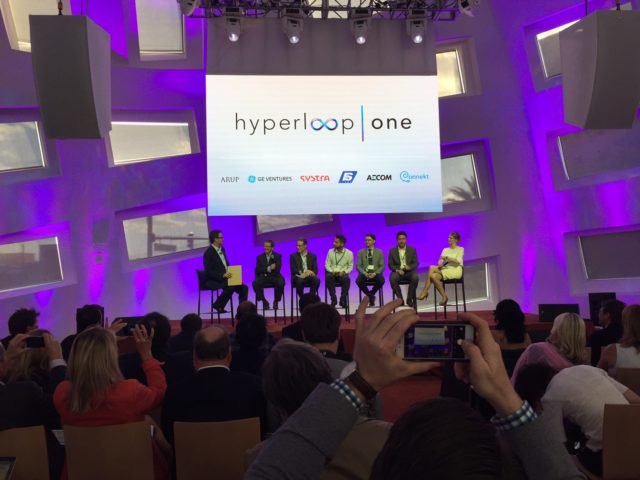 Tomorrow Hyperloop One will be showing off a test out in the northern Las Vegas desert.