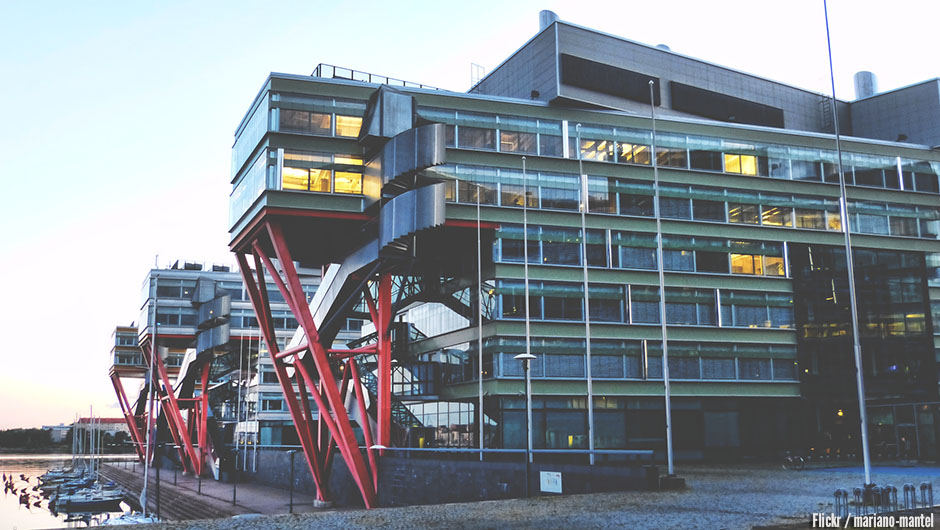 Working with the federal government is a daunting, bureaucratic, and a time-intensive field; however, for those who can successfully navigate the red tape, there is success and growth to be had. Having worked with the government directly in a past life and in the heat of Northern Virginia-based Deltek’s transition to focus on government contractors, I’ve seen just how challenging it all can be.

The systems government agencies have in place to acquire external resources and services is not, in fact, designed to be off-putting, but in many ways they simply can’t match the speed of the private sector. As a result, small businesses who are ready to pounce on a new opportunity can’t align their time tables, are unable to move past GSA schedules, and – even after some success – these small businesses face great challenges transitioning to the major leagues.

Regardless of some of the more traditional, large contractors working with the federal government, there are also outliers who advance the government across the spectrum, from local to federal. In some cases, agencies also create special programs through awards, further aligning with the speed of tech companies, but often don’t know how to bring it to market. Through thick and thin, there are several points where startups and tech companies intersect with government, and there are a few organizations leading the charge to help others find the focal point.

The Intersection of Government and Technology

For as long as the government has been procuring business, there have been organizations and consultants to help companies navigate the red tape; however, there are outliers working on a different spectrum. From 1776 and SineWave Ventures working with the government, to the startups taking advantage of agency challenges and filling gap areas like Tandem NSI and Airside Mobile, we took a closer look at the less common, but rapidly growing path of technologists working with the government. The government is constantly looking towards the private sector to solve problems, and now they are opening even more doors to make it more efficient to do so.

When it comes right down to challenges, funding is at the top of the list for startups in most locations outside of silicon valley. Tech hubs are growing, but the dollars are not necessarily following behind them. From Arlington, VA to Rockville, MD, some companies find success and funding through government initiatives.

“At the end of the day, building a tech ecosystem is about creating, growing, and exiting companies (from an investor standpoint),” said SineWave Ventures General Partner Yanev Suissa. “You need those things and you can’t have that without partners without incentives aligned. As an investor in your company, I have an incentive not to waste your time and to add value. It does not apply to the tradition players in the same. I’m actually an investor trying to make you successful.”

SineWave is a Washington, D.C.-based venture firm that collaborates with partners in both private and public sector markets, connecting them with new technology that they currently lack.

“Generally, the VCs and entrepreneurs want nothing to do with the public sector,” said Suissa. “The reason for that is they care about it, would do something with it if they understood it, could navigate it without wasting resources from their commercial business, and third, if they actually felt results were going to come from it.”

According to Suissa, prior to SineWave there really were not many bridges to help companies traverse the gap. “Consultants, lobbyists, some government people that didn’t understand building companies  and also when not to do it. Some of the best things you can do for a startup is tell them it’s not going to happen (work with the government).”

With venture funding being less accessible outside of the typical tech bubbles, the shortage of venture firms in the area also have a lingering bad taste from previous transactions. “ You need to make sure you can help startups to build relationships and partnerships. It really is a world that people don’t understand. The problem is that there are a lot of government people trying to understand venture capital and growing companies. A lot of venture people pursuing ventures but getting burned,” said Suissa.

Beyond the dollars, Suissa also reiterated the importance of the ecosystem and investing in entrepreneurs, something often done through White House initiatives during the Obama administration. On a local level in Arlington, VA and Washington, DC, there is also 1776 designed to fund and accelerate businesses along several industries, all that align with government gap areas.

“There is not enough capital in our city,” said 1776 Editor Morgan Gress. “One of the biggest challenges is unlocking that capital. We might not be the biggest VC firm, but we understand and leverage the right connections. If you’re going after government business, where the government might be your client or customer, the procurement process is a beast. It’s really prohibitive.”

Even if a startup or growing organization does not work directly with the government as a customer, they may be in a highly-regulated industry such as health care.

“Each of these are different marketplaces. It’s not even if you are just selling to the government, but sometimes they are the gatekeeper,” said Gress. “Sales cycles, connections, the expertise, how do you find all that? Lean startup doesn’t always answer that.”

1776 works with companies at all stages, and adjusts their contributions accordingly. From early stage to those with existing private clients looking to break into the government, they bring in the necessary support system.

“We have entire curriculums in various areas (from growth to finance), to selling to tech and health care system, and pitch training and coaching. Then on to our resources area, what other resources can we bring in? Mentors, events, a connection, just a list of best reading on the topic… eventually is it capital?,” said Gress. Their goal is to not just fund companies, but help secure the right funding.

Generally, businesses that consider doing work with the government follow the path of procurement and GSA schedules. However, there are companies such as Airside Mobile who create innovative solutions for both the private and public spectrum. Based in 1776’s Arlington, VA location, overlooking Reagan National Airport (DCA), they are the brains behind the Mobile Passport app.

Mobile Passport is a joint project between Airside Mobile and the U.S. Customs and Border Protection that lets travelers submit customs declarations via a smartphone. Rather than waiting in long customs lines, you simply use their app at a kiosk and expedite the entire process. They are available in six locations with a seventh coming next week.

“One of the insights I’ve learned with the TSA, the public sector can be really efficient. We didn’t take any money from the government directly. We had an agreement, a complex partnership. We don’t go through procurement, which really makes it easier to get things done,” said Airside Mobile CEO Hans Miller.

Prior to launching Airside Mobile, Miller worked with McKinsey & Company, was part of the initial launch team for the Transportation Security Administration (TSA), and was Vice President of ChoicePoint Government Services (later purchased by LexisNexis parent company Reed Elsevier $3.6 billion). Miller and company are prime examples of what it means to be at the intersection of government and technology, offering solutions that can be used by both private and public sector organizations, yet avoiding the typical red tape.

While working to get the TSA up and running, their team was tasked with rebuilding checkpoint lanes, hiring 60,000 people in 10 months, and creating the first-ever baggage screening program. “In the early days, when you hire that many people at a base of zero that’s just crazy. I learned a lot about airports, and after a few years left to come back to work on the mobile boarding pass,” said Miller. Working with Continental, they became the first airline to test boarding passes using phones. At the base of all of this technology, it was all about making systems more efficient. A few years later they learned that customs was looking for a similar solution, they made a few suggestions, and struck a partnership.

“We deliberately did not want to go through contracts. We are not in the business of chasing government contracts. It all depends on what you are trying to do. We would only be interested if there was a business case separate from the government,” said Miller.

On the other side of the spectrum, there are innovators doing amazing things to solve problems affecting us all, but may not be aware of the available funding. That’s where companies like Tandem NSI comes in, a Washington, D.C.-based company that finds solutions from the nation’s top innovators and showcases them to government agencies. They also work in the opposite direction with the likes of DARPA, DOD Labs, Army and Air Force to to create emerging technology companies and promote higher engagement between innovators and national security research and development.

The Tandem NSI team, like Marketing Director and Executive Editor Michael Hoffman, are not just at the intersection of government and tech, they act as the street signs and markers to help keep traffic flowing. “We’ve put together a network of entrepreneurs, innovators, startups, incubators, interested in working with national security or gov projects. Agencies like DARPA looking for new ideas focused on defense, homeland security in particular. They need to work outside the box,” said Hoffman.

Although publicly there has been a lot of focus on state and federal government working with Silicon Valley, there is a lot happening in DC, Pittsburgh, and Austin. Tandem is trying to make it easier for startups in these areas to take advantage of the shorter-term government projects. For example, DARPA’s Robotics fast track program was a smaller, one-year, $150,000 project. Although funding without losing equity sounds great, simply building a challenge or offering does not spread the message to the right communities.

“There was not as much engagement initially. There were two partners putting together the contract, Open Source Robotics Foundation built the site. It was only 10 pages of apps vs 100 pages RFPs. After working on it, they reached out to us with hopes of marketing it out to their network. We spread the word, and created a west coast tour,” said Hoffman. As a result they were able to increase the amount of people pursuing the funding and solving problems with innovative tech solutions.

“What motivates people? For VCs it’s to get profit. Sometimes that is harder with the government. They don’t have that pure capitalistic profit to motivate them. It usually comes down to their career,” said Hoffman. “For DARPA, what advances their career is seeing small companies working through their projects and contracts succeed, and that is really good for them. Cutting red tape, looking at unique ways to do that. The idea is to make it a lot easier, rather than go through all the red tape of government contracting, a way for outside entities to solve government problems. An agency will say here is the problem, here is the amount we have to solve it, and we bring in a company to solve it.”