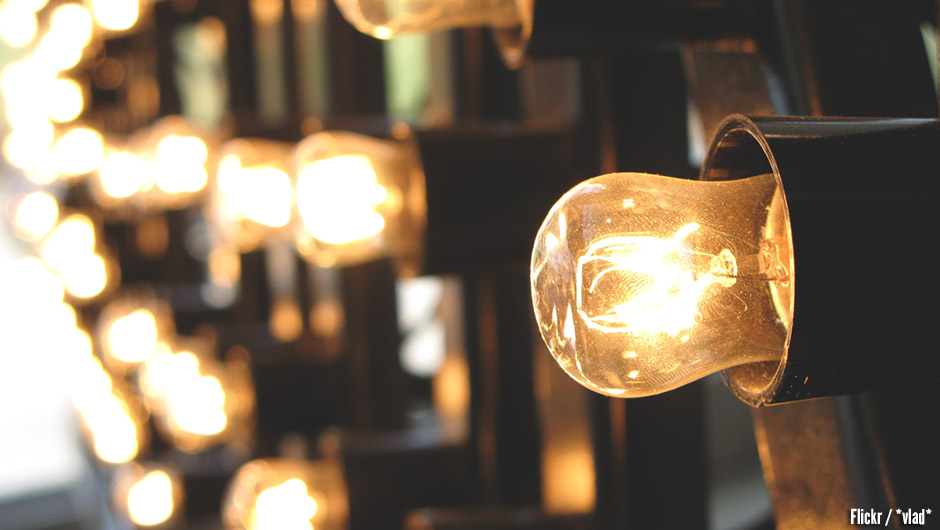 As recently as last fall – and, indeed, even in today's popular political discourse amidst the 2016 U.S. Presidential elections –  there's been a growing popularity in the belief that American innovation is dying (or even dead). Making specific references to the decline in spending on research and development, proponents of the argument claim that the U.S. is quickly getting buried under the shadows of Finland, South Korea, and even China. Upon closer inspection, though, there's no better time to believe in American innovation.

According to professor of Innovation & Strategy at Babson College, Jay Rao, U.S. spending on R&D – both by companies and by the federal government – saw regular growth between 1950 and 1980, growing accordingly with the economy. But starting around 1980, this spending decreased and has remained flat ever since.

“Unfortunately, there are fewer and fewer executives who are willing to spend more on R&D and long-term return,” says Rao. “High-frequency trading and short-term incentives are killing innovation on all fronts. But for the venture capitalists, there are very few executives who are investing for the long term.”

“Innovation is accelerating around the world,” continues Rao. “The amount of money spent on R&D has increased globally since 2005…but, there is a [focused] shift towards Asia.” Between 2000 and 2007, China saw a doubling in the number of researchers in R&D, while the U.S. saw a less than 10 percent increase. Within ten years, China's R&D budget is expected to surpass America's. But can it be as simple as that? Can the “end” of American innovation be reduced to how much our country spends on research and development, and how it compares to countries like China? Rao has a response for that:

“All in all, we are only going to see the speed of innovation globally get faster and not slower… Most of the S&P 500 firms in the U.S. are global and they innovate globally. It does not matter where they innovate. It will finally benefit the U.S. eventually.”

Even in spite of this decline in R&D investment, the United States continues to rank highly on various measures of innovation. In the most recent Global Competitiveness Report compiled by The World Economic Forum (WEF), the U.S. comes in at fifth place – behind Japan (whose innovation renown can be traced throughout the annals of tech history). In a similar report compiled by Bloomberg, the U.S. ranked sixth, with notably high activity/value in patents, manufacturing, and investment in high-tech companies. It seems, then, that the decrease in overall R&D investment has had little effect on American innovation; this point can be further supported by PwC's finding that “spending more on R&D does not drive more innovation (or better financial performance).”

Using Bloomberg's Innovation Index above, when it comes to innovation, the United States continues to power on. While recent years have seen major debates surrounding the role of patents in encouraging or preventing further innovation – with discussions centered around patent trolling – patents, when done right, protect the intellectual properties of inventors and can ultimately push for greater innovation. Proposed initiatives like the Innovation Act aim to put an end to issues tied to patent trolls, and – if passed – would help to encourage American innovation. Back in 2014, Tech.Co interviewed CTA head of government affairs, Michael Petricone, where he shared his thoughts on patent trolls:

Back in 2012, the U.S. Patent and Trademark Office (USPTO) granted nearly 277,000 patents – of which nearly half was provided to the United States (134,194). Last year, America's own IBM once again topped the list of firms that received the most patents granted, with 7,355 patents overall – 2,000 more patents than South Korea's Samsung, which came in at second place. These patents are only expected to increase as the USPTO offers more accessibility to its office's resources. At last year's SXSW, USPTO director Michelle Lee shared the important role of patents in developing the innovation community and building startup ecosystems across the country:

Over the past 30 years, U.S. startup formation rate has certainly slowed. According to Fareed Zakaria's report in The Washington Post last month, startups made up approximately 15 percent of all U.S. companies in 1978; compare that to 8 percent in 2011. This, of course, falls under the assumption that only small, relatively new companies are better at innovation than larger companies (which, to some level of degree, is agreeable). But examples like IBM and more “hip” companies like Alphabet show that big companies are just as capable at innovation than small startups.

But taking a look at startup activity in the last year alone, we find that venture capital funding hit a high of $58.8 billion in the United States; indeed, that number is beaten only by the dotcom boom in 2000, when VC activity topped $104.9 billion.

“King U.S. Innovation is dead; long live King U.S. Innovation,” remarks TechShop CEO Mark Hatch. “According to the Kauffman Index from 2015, startup activity over the last two years has been up substantially – from the lowest it has been since the start of the index.”

Last year's Kauffman Index of Startup Activity does, in fact, show that 2015 saw the biggest increase in business creation over the past two decades. So, while we still find ourselves in historically low rates of startup activity, the current state of VC funding together with the increased creation of startups are both hopeful signs for further innovation growth in America.

Improvements to Our Education System

Education – no doubt – plays a large part in both the quality and extent of per-country innovation (as both rankings from the WEF and Bloomberg correlate higher-quality education with innovation, citing countries like Finland and South Korea as exemplary samples). And, for much of the 21st century, we've attempted to revamp our education to better compete on a global scale.

Since 2001, the premise for the No Child Left Behind Act – enacted under then-President George W. Bush – was to set higher benchmarks for American students through standards-based ed reform. Frederick Hess argues correctly in The Atlantic, though, that for as much as the ideal would be to replicate the results of countries like Finland or South Korea, the conditions that allow for such results in those two countries simply cannot be copied for a country several times larger than either – I mean, the United States is a really big country. Apropos, the US also has one of the most racially and culturally diverse people, and any attempt to implement national policies or initiatives would inevitably fail to hold up (as they have); in December of last year, a bipartisan measure under President Obama finally saw to a sweeping overhaul of NCLB, giving power back to states and local districts. In time, the hope is to improve the quality of American schools and further American innovation at even younger ages.

When it comes to higher education, America's colleges continually rank as some of the most innovative in the world – with universities like Stanford, MIT, and Harvard not only producing original research and creating useful technology, but also churning out hundreds of VC-backed companies. According to Institute of Innovation Development founder and dean William Hortz:

“Innovation in America is poised for a great resurgence… Look at the exploding numbers of educational institutions with entrepreneurial or innovation centers and curricula[…]Courses are not conceptual discussions but rather students have to create and qualify ideas for a business and take it through execution.”

The one major roadblock that could slow American innovation is government regulation. President Obama – who has continued to use the words “innovation” and “technology” in his annual State of the Union every year since 2009 – has arguably done the most of any US President to encourage and develop innovation. From opening up crowdfunding as a pathway of funding for entrepreneurs through the JOBS Act, to permanently establishing the Presidential Innovation Fellows Program, Obama's efforts have and will surely leave a lasting impact on the state of American innovation for years to come.

Yet, we still continue to live with archaic policies that prevent us from innovating optimally. For instance, the antiquated immigration policy under which we operate prevents us from keeping innovators inside the country; instead, such immigrant entrepreneurs often find themselves going back to their home country or elsewhere to launch their companies or work on their inventions. In the end, the future of American innovation is tied to whomever is chosen as the next President of the United States.