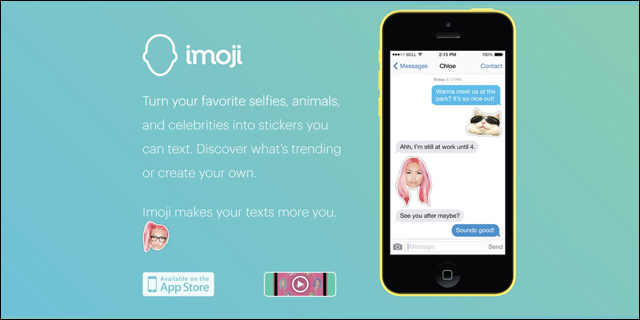 I recently penned an article about Imoji and how they've been working to offer their users a refreshing twist on the traditional text message and selfie pic. A big part of my original story was how much traction and attention the Imoji platform has built up – they're only a few weeks removed from their official launch.

That traction has gotten them some major attention from organizations like the San Francisco Giants, but it's also pulled the eyes of some venture capital. Forbes today published an article about how Imoji has just closed a $2 million round of funding.

The funding came from Goodwater Capital, headed up by Chi-Hua Chien, and Joe Lacob. Imoji is planning on developing the platform further, and they've got some interesting ideas in the pipeline:

And, of course, this is just the tip of the iceberg for Imoji and the team. The founders confirmed to me in my previous interview that they will definitely be rolling out an Android version of the platform soon – all of my Android-loyal friends are I are very excited for it.