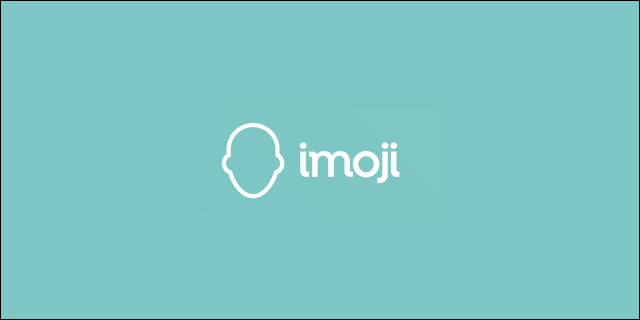 Sometimes great ideas are born out of nothing more than a bit of boredom. Jason Stein, Ben Draa, and Daniel Busilovsky are one such example; they got really bored with the limitations surrounding the Apple keyboard, emoji sets, and text messaging in general.

All three of these elements are supposed to help users express themselves, but where Facebook and Instagram had managed to take advantage of the selfie craze, there seemed to be something lacking from texting. So, the team decided to marry the two concepts together so that people might be able to express themselves with texts and selfies.

“For us, personally, text is highly used but not super exciting,” says Stein. “We really wanted to add more life and creativity to text messaging.”

Their answer was to build a startup, Imoji, as a visual language fueled by selfies, animal pics, and celebrities. Users can also snap photos of their own faces, or use pre-existing photos, and turn them into stickers ripe for texting.

There’s a concept us creative writers are taught early on in our study called showing versus telling. For example, you could write in a story, “The dog was barking”. It’s not a great sentence. It would be a whole lot better if it read: “It felt like the dog’s gruff yelps were shaking the floor”.

Why text somebody you’re excited to go to a concert with them when you can snap a photo of the excitement on your face and send that to them instead? Imoji is almost the perfect embodiment of this creative concept when it comes to the world of text messaging.

And the Imoji users love it. To date there have been an overwhelming adoption of users who are just as excited for a different twist on photo sharing in messaging as the creators.

“It exceeded our expectations beyond anything,” says Stein. “We’re happy to be able to give people something they like. The whole point is to be a little more creative and little more fun in texting, which we believe to be the most widely used communications platform.”

It’s gained so much steam at this point that the San Francisco Giants have even taking to using it, tweeting their pitching lineups with stickers made on Imoji:

1st hit of the game compliments of this guy. #SFGiants pic.twitter.com/u03Bld7ODy

However, iterating for iOS first hasn’t been a walk in the park. Apple has been, and seemingly always will be, strict when it comes to regulating what users can and can’t do with their beleaguered keyboard.

In response, Stein, Brusilovsky, and Draa have begun production on an Android. After all, Android users can download third party keyboards, customize their key layouts, and Imoji would be able to fully integrate with an Android keyboard.

Though the challenges may be great, and the task of grand scale, the advice Imoji offers other entreprenerus tackling big challenges is simple: “go for it”.

“Whatever the idea is, whatever your team looks like, it’s really about putting your heart, soul, and mind into it and committing,” says Stein. “Also, make sure you’re having fun with it – you have to have fun with what you’re doing.”