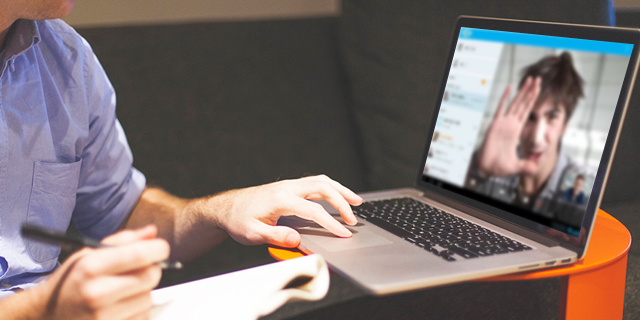 Video interviews are becoming increasingly popular with employers, recruiters, and job candidates alike. Seeing as video chat platforms like Skype and Google Hangouts have become commonplace in our lives, it’s no wonder video interviewing is being widely incorporated into the hiring and recruitment process.

Video in the workplace

Video chat in the workplace has inspired the use of video in the hiring process. Not only are employers now comfortable with video technology and appearing in front of the camera, but like video conferencing, video interviewing platforms make it possible for employers and candidates to connect from separate locations, thus expanding the candidate pool. Now, more than 6 in 10 (63 percent) human resources managers say their company often conducts employment interviews via video, according to a survey by OfficeTeam.

Sometimes in order to find candidates who are a good fit for the job position, as well as the company culture, it is necessary to expand the hiring borders. Video interviews give candidates around the globe an opportunity to take part in the interview process, without having to spend a fortune on travel expenses for a job they may or may not get.
Video chat platforms like Skype and Google Hangouts were created to connect people all over the globe in a more intimate way than the average phone call. The more dedicated video interviewing platforms can do the same, by enabling employers and recruiters to connect with global talent, however they do so with the added benefit of features specific to the interview process.

In the month of January alone, 190 million Americans (61 percent of the total population) watched more than 75 billion online videos, according to research by Shutterstock in collaboration with comScore. That’s right — billion. Videos have become a staple in our everyday lives.

Due to the increasing value of video, replacing the traditional phone screen with video interviewing can help to create a better candidate experience. This is especially the case when considering younger generations, many of whom have come to rely on video chat capabilities.

Video chat is widely used in candidates’ personal lives to connect with friends and family from afar. It’s due to this fact that utilizing video in the interview process can create a familiar, comfortable environment for job candidates and serves as an ideal way to engage candidates both near and far.

Thanks to the innovation of video interview platforms, candidates already familiar with video chat platforms can appreciate the convenience of utilizing a method of remote communication, they are already comfortable with, while having access to tools that will enhance their video interview experience.

Unlike video chat, these platforms were created with the hiring process in mind. They have been tailored to fit the needs of employers and recruiters with features such as one-way video interviews, recording capabilities, collaboration tools, social sharing — the list goes on. Video chat may have inspired the concept of video interviews, but interview platforms have redefined and refined the process for both candidates and interviewers alike.