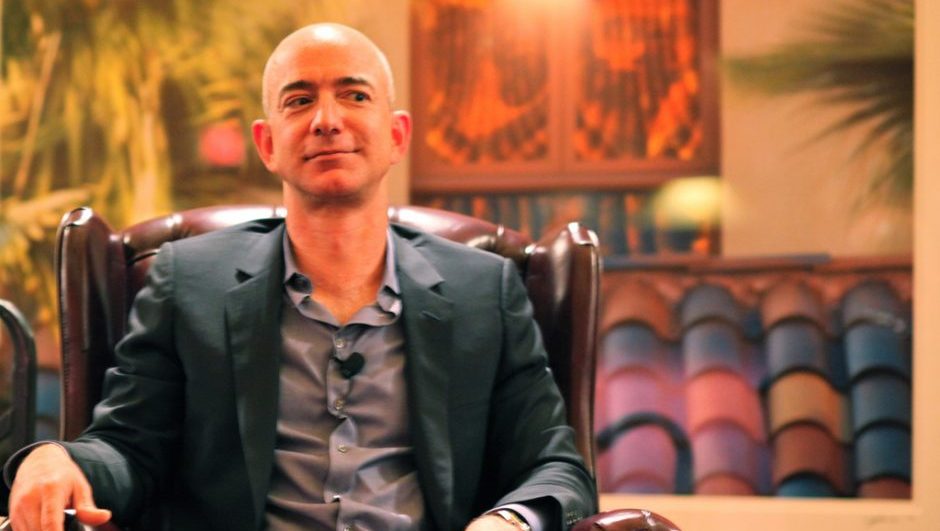 In 1994, the internet was still finding its sea legs. From vague terms like the “information superhighway” to the birth of ecommerce, internet users were in the beginning stages of something that would dictate the path of all future technology to come. And if there is one man we can thank for all this progress, it's Jeff Bezos, the founder, chairman, and CEO of Amazon.

We've come a long way since 1994, and Bezos current tech endeavors prove that in spades. From consumer space travel to robotic suits, this man is changing the technology world more than ever. If you're interested in seeing what the mind behind Amazon is up to these days, just take a look:

Despite the popularity of ecommerce websites like Amazon, selling groceries online is hard. Even PeaPod, who has been occupying that space for a number of decades, doesn't have the numbers that brick and mortar grocery stores have. Fortunately for Amazon, Bezos put two and two together and decided that online grocery stories weren't an option anymore, creating Amazon Go.

These brick and mortar stores not only provide customers with all the produce, meats, and other groceries, it uses impressive technology to allow you to skip the line process. Just hook it up to your Amazon Pay account and you can literally walk out of the store with all your food without having to stop at checkout.

We've all seen Alien. The image of Sigourney Weaver wielding a yellow robotic suit to fend off the monstrous titular character of the 1979 film will be part of sci-fi lore until the end of time. And while this kind of technology was considered nothing more than an astronauts pipe dream. But not on Jeff Bezos watch.

I just got to pilot an awesome (and huge) robot thanks to Hankook Mirae Technology. Nice! #MARS2017 pic.twitter.com/MvN6ghEYFi

Just a few weeks ago, Bezos had the chance to pilot a robotic suit that would put even the most elaborate sci-fi film to shame. Thanks to Hankook Mirae Technology, this kind of tech could be available for Mars missions in the future.

The dawn of digital assistants is here. Between Siri, Google Home, and of course Amazon Echo/Alexa, people's lives have never been easier. However, as these devices are still relatively new to the market, the functions are limited and the engagement is minimal. However, Alexa appears to be ahead of the pack now, as Amazon has made voice orders possible.

With the promise of free, two hour delivery, it's hard to argue that Amazon isn't winning the digital assistant battle. And with news that users are now able to order alcohol via the popular device, it's only a matter of time before you'll find Alexa in houses across the world.

If you haven't heard, Jeff Bezos, along with a bevy of other entrepreneurs, are trying to make space travel the norm for every day citizens. And if you think that sounds like a bit of a moonshoot, he just locked down his first paying customers.

France-based Eutelsat has entered into the (albeit low-commitment) agreement with Blue Origin, Bezo's company focused on traveling to outer space outside of government programs. Granted, it's not projected to start flying until 2020, but still that's a lot closer than it may seem.