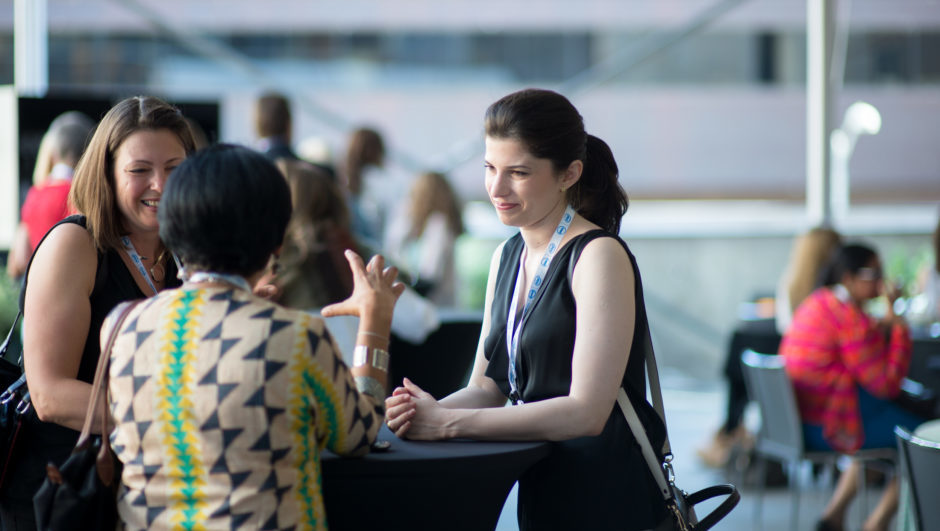 Currently, women only represent 18 percent of the workforce in tech. While you might look towards education to fill this gap, the number of women obtaining computer science degrees hovers around the same percentage. And yet, in 2014, 38 percent of graduates from coding bootcamps across the U.S. and Canada were women.

That’s progress, but it’s not good enough. At Galvanize, it’s our mission to make quality tech education accessible to anyone with the aptitude and drive to succeed as a data scientist, software engineer or entrepreneur. We strive to make our campuses – and the tech industry at large – more inclusive of women and other underrepresented communities.

In tribute to the smart, dynamic, driven women of Galvanize, we invite you to check out the stories behind their successes and struggles. Here are just a few of the amazing G-women who are transforming themselves and the world through tech:

The women of Galvanize are a force of change. We started Galvanize Women, also known as gWomen, to support one another with our education goals, career paths and personal development.

Carey LaMothe needed to find a way to take care of herself and her newborn. So she took the road of code, and it seriously worked out.

Don’t let anyone tell you that you don’t belong in tech. Believing in yourself and leveling up your skills at Galvanize pays off. Just ask Tracy Lee.

No Shoes, No Jacket…No Problem

One woman’s journey from law school to web developer. And if you were at all curious, yes, she’s much happier now.

Ever dream of having a job that gives you a better work-life balance? Wonder if you can change your life, and still have a life at the same time? Check out Maria’s story.

A former Cargill trader is attempting to drag the good ol‘ boys industry of commodities trading into the modern world.

Making Memories Vaulted Artifact Uprising From the Basement Into the Mainstream

There comes a day in the life of every successful startup when the makeshift basement office will no longer do. For Jenna Walker and Katie Thurmes, that day looked like this.

Katherine Aquino spent years in traditional education advising women to pursue jobs in technology. One day, she decided it was time to take her own advice.

From Grocery Store Clerk to Web Developer in One Year

Lina Sachuk, an immigrant from Ukraine, was juggling jobs as a Red Lobster waitress, Costco clerk, and catering company go-fer when she stumbled upon the Galvanize website in the summer of 2015.

My Unconventional Journey to Redfin

Some in the tech industry may call her an “alternative candidate.” She doesn’t have a computer science degree, and never had an internship at a tech company. But, six months later she was a newly minted web developer with a biology degree and six months of project work focused on technologies that Redfin didn’t use.