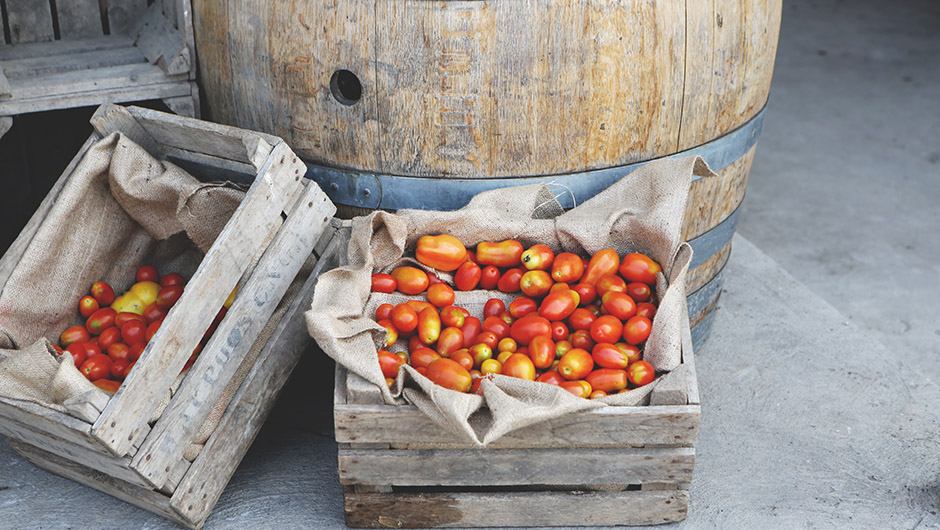 Gartner’s Hype Cycle for Emerging Technologies, 2014—sort of a Farmer’s Almanac for businesses working toward digital integration by leveraging emerging technologies—predicts that the public imagination of what the Internet of Things will do for us will continue to run wild for the next five to 10 years. Right now, more than anything else, we’re imagining IoT technology helping optimize global food production. And we need all the help we can get. The global population has doubled in the last 50 years and is projected to increase to at least 8 billion by the year 2050. Venture capitalists have read the writing on the wall and are doubling down on investments in food tech. In the third quarter of 2014 corporate and venture equity investment in Agriculture and Food technology reached $269 million, resuming the trend of 48 percent year-over-year growth in terms of dollars invested.

It may seem surprising to some, but the agriculture industry has emerged as the proving ground for IoT integration into business models, solving various Big Data challenges in the process. How is this playing out for the average consumer? In Dec., 2014, Venturebeat published a report that made four key points. Here’s the basic summary of three. We left the fourth one out because it relates back to the technology conversation and we want to stay focused on food production, but you can read the full report here.

Every acre of land dedicated to food productivity needs to achieve maximum yield. To accomplish that, farmers are experimenting with wireless, cloud-connected systems that automate operations and provide real-time monitoring and data analysis for smart decision making.

Widespread use of pesticides has caused widespread environmental damage, and a subsequent political dustup. Nobody wants to hear about IoT automated RoundUp sprayers. Instead, agribusiness is using IoT to find cheap, effective alternatives. A company called Semios is applying networks of sensors that detect frost, leaf-wetness, soil moisture, and pest pressure. When pest pressure reaches a critical level the system deploys metered doses of pheromones to disrupt pest mating cycles.

The need to optimize water use cannot be overstressed. In food producing regions where water runs short, in unpredictable drought cycles for example, measured and informed responses are critical. Farmers facing those conditions require precise information to minimize waste and mismanagement. Integrated smart watering systems with sensors that track soil moisture and enable farmers to balance need against supply are proving useful.

More influences of IoT on food

We’ve all heard the idea of using RFID tags on food packaging that would alert a smart refrigerator when the milk has gone bad, or when the ice cream is running low and then a smart home network sends a push notification to a user’s smartphone. But the IoT is also being used to track the health of cows themselves. A report published on the guardian.com explains how researchers are using data gathered from cows in the field to design algorithms to optimize milk or meat production, or spot markers indicating when a cow falls sick.

Colony collapse disorder, which has stricken bee populations all across North America, is cause for serious alarm. Without our primary pollinator species we have no agriculture industry. Nobody can say for certain what the full spectrum of causes for CCD are, but some contributing factors are known. One of those is a type of mite that attacks bees called Varroa Destructor Mites. The mites can be killed. Raising their temperature to 107 or 108 degrees Fahrenheit makes them pop like popcorn kernels, and those temperatures are no problem for bees. So, a company called Eltopia came up with a product they’re tentatively calling ‘Mite Not.’ It’s a circuitry printed on corn-based plastic film that they coat with beeswax so bees can use it to build honeycomb. The circuitry works as both heat sensor and heater and when certain conditions in the hive are met, the system sends a signal to the circuitry to heat up the hive, or an area of the hive. High-tech, pesticide free extermination.

Of course the real performance indicator for integrating IoT and agribusiness will be measured in terms of ROI weighed against the long-term total cost of owning and operating a fully automated system. IoT-based agricultural control systems require an investment in hardware like anything else. Not only that, software for those systems is sold under the SaaS model, meaning there’s an upfront investment and a recurring fee attached. The health of the world’s agricultural systems impacts everybody, but the onus for making IoT technology adaptable to the cost constraints of consumers will fall squarely on the shoulders of the technology sector.