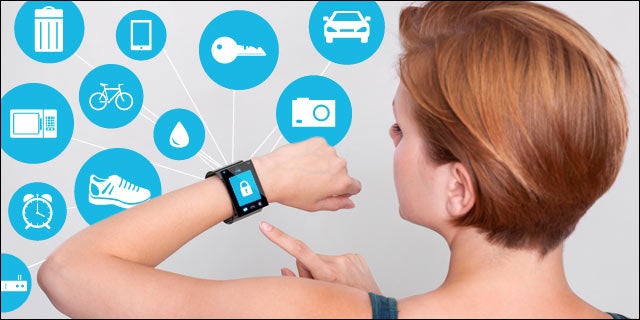 Internet of Things, Internet of Everything, Industrial Internet, Second Industrial Revolution, Rise of the Machines – these are just some of the terms being used to describe what was known as M2M (Machine to Machine) communication until recently. If the names sound straight out of science fiction, the figures being bandied about are even more eye-popping. These are just some of the figures being talked about in tech circles regarding IoT.

The figures show that IoT has certainly captured the mainstream’s attention and many tech companies are launching IoT devices to gain market share. The biggest problem with IoT devices is not their availability but making applications that solve problems people face in their daily lives.

Companies that are entering into the IoT market and are planning their own IoT devices need to focus not just on getting the hardware right, but also the software part. There are already many devices in the market in all the main sectors. To make your device standout, think from a consumer POV. Ask yourself these two questions about your IoT device plans.

Why would the consumer prefer your device over your competitor’s?

Does your IoT device just supply data to the consumer’s smartphone or does it provide a solution?

There are already over 400 devices in the wearables market alone (which is just a part of the IoT market). There are over 150 lifestyle related wearable devices. If your company is creating a wearable fitness device, it needs to fulfill a niche that no one else has tried so far . Enterprise companies planning to enter into the IoT field need to keep in mind these five points to stand out and be successful.

Devices that just gather data and show it to the user on the smartphone will no longer be enough to get the user’s attention. This means that instead of making an app that simply lets you read the data and adjust the device’s operation remotely; you should focus on creating an app that learns your behavior pattern based on how you use the device. This is what Nest Labs (which was acquired by Google) is doing with its thermostat. After an initial “training period” the smart meter adjusts the temperature throughout the house according to your preferences.

Develop a revenue model based on services

Reducing the number of apps

This may seem counter-intuitive when considering the fact that all the IoT device makers are being urged to develop their own apps. But the key fact to remember in IoT is that consumers want a “universal remote control” that can help them access and control all of their linked devices.

The same thing is true for IoT devices and apps. This is where Apple’s HomeKit and HealthKit can be used to simplify the consumer’s life. These two frameworks make accessing multiple devices in one app possible and IoT device makers should take advantage of this opportunity.

The app makers can also collaborate with other companies that have APIs that make connecting multiple devices possible. This will result in true M2M connections among different devices, such as the home security camera being connected to the motion sensors, smart bulbs and thermostats.

This also means that developers have to choose the most widely adopted platform. The two leading ones at the moment are AllJoyn Project backed by Qualcomm and Open Interconnect Consortium backed by Intel. AllJoyn has the lead among all the platforms in terms of members with many OEMs on its roster.

AllJoyn gives developers a framework that makes interoperability possible across all major platforms such as Android, iOS, Windows, and Linux. This ensures that your devices will be able to work with other devices.

Companies also need to focus on the security of the apps. From Dec 23, 2013 to Jan 6, 2014, in the first documented attack of its kind, IoT devices were used as part of an attack in which 750,000 spam emails were sent out. A smart fridge was also hacked and used in the attack. There are concerns that IoT device makers, in a rush to be the first in the market, are creating devices that do not even meet basic security features when compared to traditional desktop and even mobile applications.

There are many challenges for creating a “killer IoT device” but enterprises that want to benefit from this Second Industrial Revolution can do it by consulting with the right software development partner.

Mehul Nayak is a digital marketing consultant at Softweb Solutions Inc and Softweb IoT- an IoT solutions provider company based in Chicago. He is responsible to enhance brand awareness & increase visibility of company product and services through digital way. He wants to built strong relationship between his organization and tech users to grow business effectively. Please share your ideas using our Twitter handle @softwebchicago