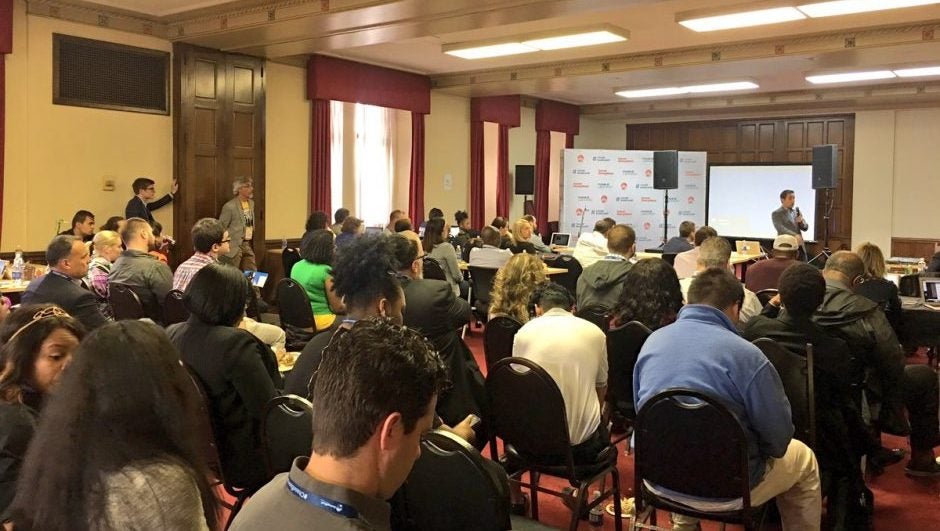 There was no shortage of entrepreneurial talent at Detroit Startup Week powered by Chase for Business this week. Attendees were treated to informative talks, meaningful discussions, and enough startup expertise to fill the massive Masonic Temple where the event took place. With thousands in attendance, the Motor City is seeing an entrepreneurial revival like nothing they’ve ever seen before.

After a long week of speakers and workshops, we’ve compiled a vast array of advice and tips from serial entrepreneurs, marketers, and investors around the Detroit area. Take a look at what they had to say below:

As the largest city to declare bankruptcy, Detroit was in a hole a few years ago. But now that entrepreneurs are taking up the mantle, the city is beginning to reemerge as a potential powerhouse for innovation. But it starts with bridging the digital gap for small businesses, which is exactly what Hajj Flemings’ project Rebrand Detroit is trying to do.

LinkedIn: Not Sure for Job Seekers

Once you have a job, there’s no point in using LinkedIn, right? As Cynthia Barnes of Women Who Sell will tell you, you couldn’t be more wrong. This social platform can help you develop your network and make sales, as long as you’re using it correctly.

From the Ground Up

Starting a business can seem pretty scary, particularly in the beginning. But if you really want to taste the sweet nectar of success, Shane Bliemaster of Marketing Supply Company has some advice for all you aspiring entrepreneurs out there: take the leap.

The Power of Networking

Events like Detroit Startup Week are the perfect place to network. You’ll be able to rub shoulders with some of the important influencers in your city, improving your chances of success in the future. And if you don’t know how, John Hill of Techstars has some advice on how to get better at it.

Every entrepreneur is looking for the trick to success. But what Walt Ward III of The Mobile Business School says is that it only takes one thing to help a startup reach their goals: diversity.

Some people think that the best way to get capital is to be lucky. But that is patently untrue, as Niles Heron of ProsperUs will tell you. It’s not about getting lucky, it’s about hard work.

"It's about the process." – @nilesheron on seeking capital as an entrepreneur.

Many think that entrepreneurship is only for the old fogies with enough money to pull it off. However, young people play a crucial role in making innovation a staple in any budding ecosystem, particularly in Detroit. Just ask Drew Schantz of Venture School.

In tandem with Detroit Startup Week, JPMorgan Chase has pledged $150 million to invest in Detroit’s economic recovery. What is that going to? We talked with Shannon Smith of JPMorgan to get some insider info on what that money will contribute to.

There’s no denying Detroit is on the way up. And for Josh Linkner, a serial entrepreneur, it’s hard to pick just one thing that he’s excited about when it comes to one of his favorite cities.

Entrepreneurial pursuits are hard. But the thing that brings out success in most people is keeping their nose to the grindstone and working hard enough to truly make a difference.

The Importance of Startup Week

Detroit Startup Week is about more than supporting the economy of Detroit. It’s about bringing entrepreneurs, investors, and everyday people together to spur innovation, drive inspiration, and develop the Motor City in a meaningful way.