Today sees the release of iPadOS, the first dedicated operating system for Apple's tablet. Despite being almost a decade old, up until now the iPad has shared the iOS platform with the iPhone. With iPadOS though, it receives a suite of new, iPad-focused features.

Apple hasn't done things by half measures, and there's a whole load of new functionalities with this update, most of which aim to make the iPad feel more versatile and more like a traditional computer, including USB drive compatibility, a new files system, and a more versatile home screen.

We take a look at the new features, what they mean for iPad owners, and how to get hold of iPadOS.

The New Features in iPadOS

Apple has given iPad owners plenty of new toys with the tablet's first dedicated operating system, from side-by-side app views to a brand new home screen. Your humble tablet has been gifted a luxurious new set of features:

Split View – Split View will be useful for when you want to refer to another app but don't want to keep switching back and forth. In this mode, the screen is divided down the middle and two apps can sit side by side, running at the same time.

Slide over – Similar to Split View, Slide Over will allow you to have multiple apps visible down the side of the screen. This could be useful for reading and replying to messages in Twitter, for example, while you have another app open. Again, it means that you no longer have to swap between apps, and it's these little quality of life features that iPadOS is full of. 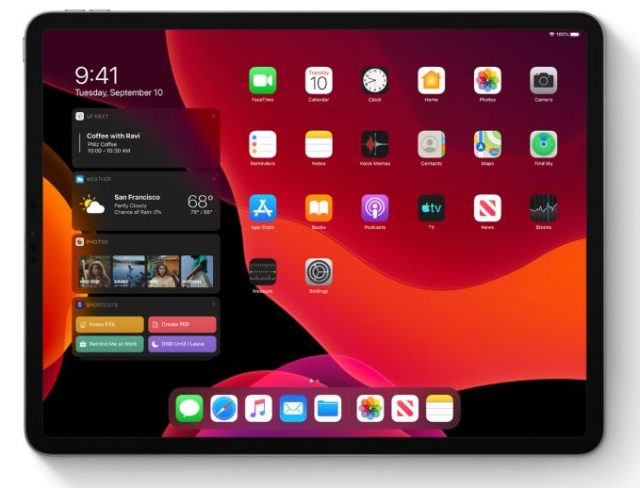 New Home Screen – As the iPad has always shared the iOS platform of the iPhone, home screen options have had to work on both large and small screens. With iPadOS, not any more. Apple is able to better utilize the iPad's space and give users more options for how they want their home screen to look. It's now possible to add widgets to the home screen for at-a-glance information, including weather, news headlines or calendar events. Yes, we know that Android devices have had this for years, but we do appreciate it finally coming to the iPad.

Dark Mode  – Yes, of course, iPadOS has a dark mode – what operating system in 2019 wouldn't come with one? As the name suggests, this lowers the brightness of the display, and replaces large white areas of the interface with black, to go easy on your eyes when the sun goes down. It can be set to come on automatically at certain times, or manually turned on and off.

Files – With the new Files app, iPad owners have a lot more control over how they see their files and what they do with them. It's actually a very traditional way to approach a file system, but again, for the iPad, it's revolutionary. A column view means that users can preview their files, even annotating and rotating them without having to actually fully open the file. It's also now possible to create folders and store files locally, if there's anything you don't want to upload to the cloud. With this new feature, it's also possible to access other file servers- for example to access your work files from your iPad. In addition, file sharing is also supported, so folders can be shared with other users.

External drives – As part of the Files functionality, it's possible to add an external hard drive, SD card reader or USB drive to your iPad, to access files. While similar functionality has been possible in the past, it has always been somewhat limited. With iPadOS, iPad owners can finally use their tablet like a computer (if they've got a compatible dongle for their USB drive). 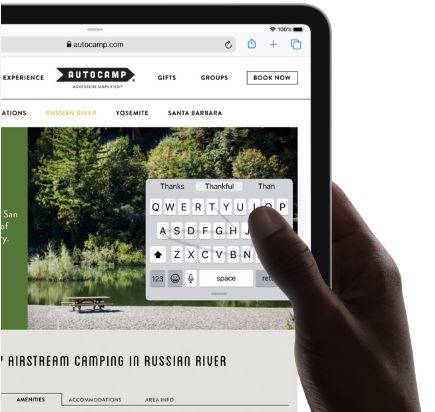 Writing and editing – In the past, one of the main issues with using the iPad to write documents on was that editing could feel a little cumbersome. With iPadOS, Apple has introduced a new gesture for selecting text, as well as copy, cut and undo. There's also a new floating keyboard which can be used one-handed, making editing on the iPad feel a lot more tangible.

Pencil updates – The Apple Pencil was once the reserve of the Pro series, but Apple has recently made it compatible with most of the line-up. With iPadOS, it's also increased the plastic peripheral's functionality, with the ability to annotate on the fly with the new Mark Up feature, including quicker access to tools. Apple also claims to have reduced the latency of the Pencil.

Sidecar – Mac owners can now use their iPad as a second screen, with MacOS Catalina. Sidecar will be useful tool for touching up the finer details in an image, with the Apple Pencil, while checking it out on a larger Mac screen at the same time, for example.

Safari – Safari hasn't been left out of the update, and offers a few new tricks. It's now possible to see the desktop view of a site, and a new download manager tool makes it easier to keep track of your files.

How to Get iPadOS

iPadOS releases today (September 24), and your iPad will automatically prompt you to download it. Be aware though, it's not compatible with all models. If you've got an older iPad, it might be time to consider upgrading (check out our handy iPad guide for buying advice.)

iPad OS is available on the following iPad models: