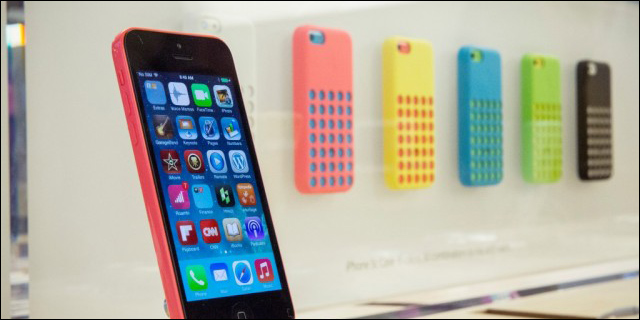 iPhone 6 is all set to release in the second week of September. The launch date is approaching fast, and it is becoming clear what we can expect from the upcoming iPhone 6. Since Apple is tight-lipped about the most anticipated gadget of 2014, we have collected a roundup of features that are likely to be found in the upcoming iPhone.

One of the biggest and most-talked-about improvements in the iPhone 6 is the screen. Apple is moving forward with their idea for a “retina screen,” and some of the rumors about the resolution push it over 2000px ranges. Whether it’s actually that detailed or not is about to be seen, but it’s definitely going to be a feast for the eyes.

Along with the visual quality of the screen, there’s been a lot of talk about the glass cover protecting it. The new design is practically unbreakable, as a reviewer showed by unsuccessfully attempting to break it by bending and being unable to get as much as a small scratch on it.

A new major iOS device usually means a new major version of the OS itself, too. From what we’ve seen about the upcoming iOS 8, it’s going to develop in the exact directions that people have been asking for.

Finally! Apple seems to have finally given in to the demand, and is now adding NFC support to the iPhone 6, according to leaked circuit boards showing an NFC antenna. Great news, especially for those of you who like to share a lot of your media or want to simplify payments!

Apple seems to be putting a lot of effort into improving the iPhone 6’s battery life, and the new battery is stated to last significantly longer than the previous designs.

And on that note, you will now be able to charge your phone wirelessly, no longer having to mess with those annoying cables making your nightstand resemble a bird’s nest. While not everyone will get/want to use this, it’s a fantastic feature for those who’re interested.

Improve your experience with your favorite games, and the OS itself – the 2GHz processor that is alleged to be powering the iPhone 6 – will be more than enough for all of your application's needs, and then some. Judging by the popularity of “powerhouse” phones, it only makes sense for Apple to pay special attention to that.

It seems that a 128 GB version of the device is now becoming the standard, and Apple is trying to move even beyond that. If you like to take lots of pictures, or keep a lot of music on your phone, the iPhone 6 should be the ultimate device to hold all your data in one place on the go.

While Apple has actually reduced the pixel count on their new camera sensor, they seem to be doing this for a good reason – they’re drastically improving the sensor’s base capabilities, resulting in a much better overall picture quality while reducing the size of the camera module. Plus, you may now get to use external flashes and other similar accessories, according to some patents.

A feature that’s gaining more and more popularity in other phones is finally coming to the iPhone as well – Haptic feedback should make navigating your phone much simpler and more streamlined, especially with the new features apps will have for giving you precise feedback.

Apple’s HealthKit is now coming to the iOS 8, including some additional developments by Apple, so the health-conscious among you will definitely want to keep an eye on this phone if you’re looking for a new tracking accessory for your runs.

Another major point of the iPhone 6’s design seems to be aimed at making it lighter and thinner (like always), and you can definitely see the new slim design in some of the alleged leaked pictures. This is a phone that will fit in your pocket like no other!

Apple have upgraded the iPhone’s wireless capabilities to a more recent standard, allowing for blazing fast connection speeds if you can find a network that supports them. Browse away to your heart’s content!

Siri has quickly won the hearts of iPhone users, and she seems to be returning with a bang in the new iPhone. Various new Siri features are stated to be coming, so stay tuned!

Last but not least, the iPhone 6 simply feels better and more comfortable. Recessed volume buttons, a lowered camera ring that doesn’t protrude as much – these may sound like little details, but put together, they form the ultimate physical experience with the iPhone 6.

With 70 to 80 million units ready to be launched at price tag similar to that of iPhone 5, we can expect iPhone 6 to be the hottest selling phone of the year.

Ahmad graduated in masters of business administration from Cardiff University and he enjoys sharing his input about gadgets, technology, games, entrepreneurship. When not plugged in writing reviews for Mobile phones you can find him playing around with his cute little nieces who keep him occupied and inspired.