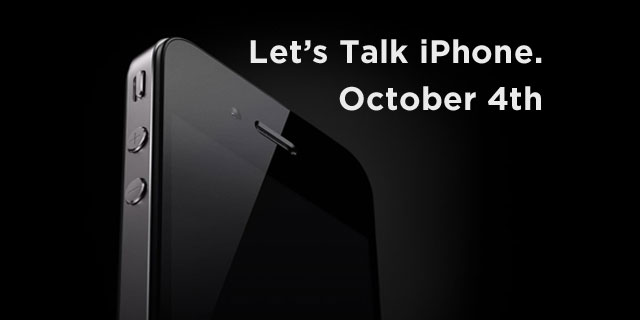 It has been 15 months since Apple's iPhone 4 went on sale, so a new device is definitely due. If you are like me, you have been waiting for this event for quite some time, as your current iPhone is probably on its last leg. So, we're in total agreement with Apple – let's talk iPhone!

It is not exactly clear what Apple will announce on October 4th. The announcement of the iPhone 5 is the general public assumption at this time. Apple will probably make iOS 5 available to the public and might announce iPhone 5 and a slightly modified, less expensive iPhone 4 or iPhone 4S, or maybe both at the same time.

The event will likely be led by Apple's new CEO, Tim Cook. But I would not put it past them to have a cameo by Steve Jobs. We will have to wait and see.