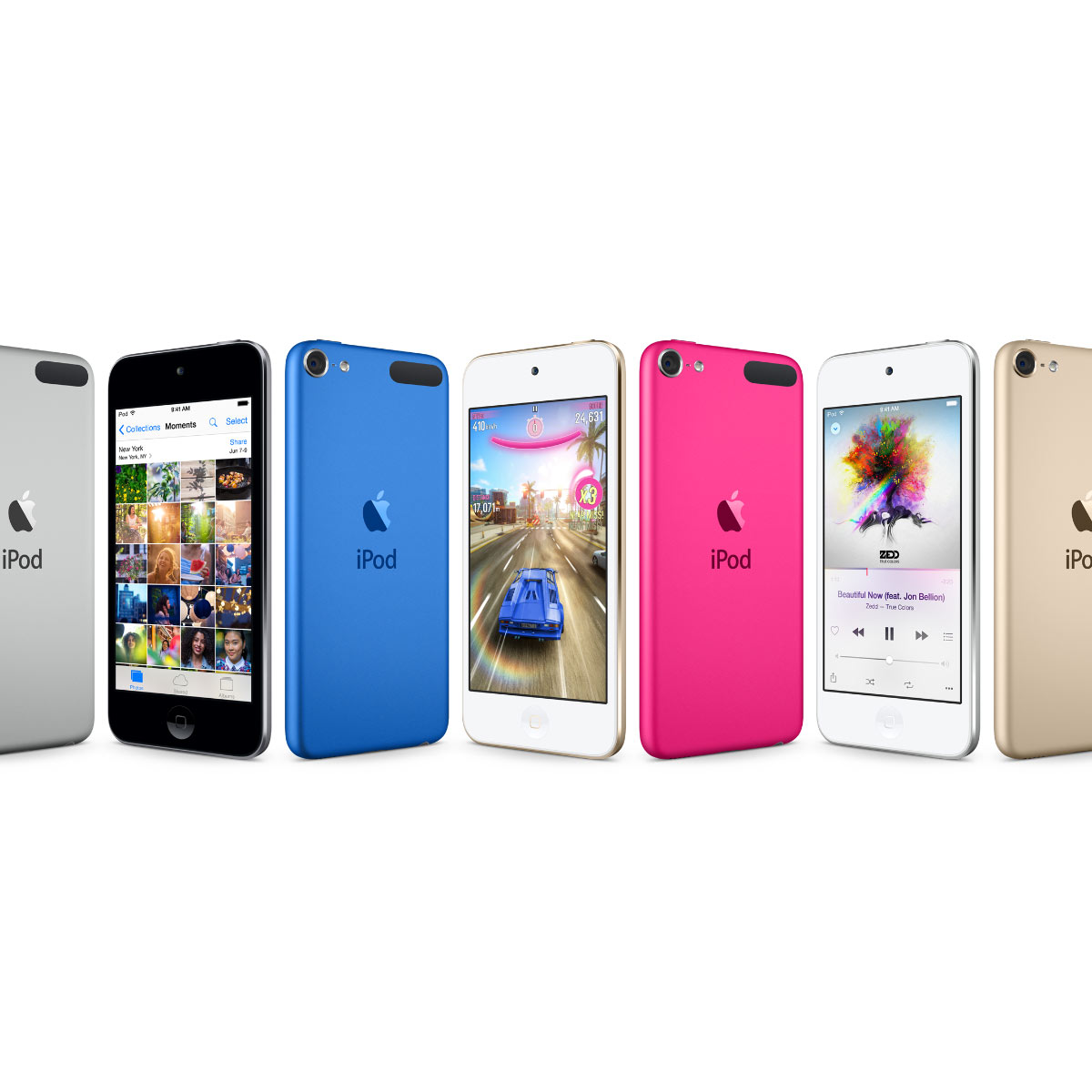 It is time to welcome back the iPod. Apple has finally updated the iPod Touch after three years with a faster processor and a camera reminiscent of iPhone 5S, and it's priced at $199.

The main question with this updated device is whether it is still relevant in 2015. Do not be mistaken though; the iPod Touch is right on spot with the legacy of Apple and proves to be an efficient device in itself, with better insides, and a retro iPhone 5s-like feel outside.

The design is nearly identical to the 2012 model but without the loop.

This is a svelte 4-inch device that looks like a thinner iPhone 5. The aluminum casing comes in gold, silver, space gray, pink, and red. Design-wise, the product looks a year or two old, along with chamfered edges, with the look of a baby iPad Air.

The new iPod Touch though sports a dual-core A8 processor and has a clocking speed at about 1GHz. The device is technically slower than the iPhone 6 but in reality, the speed should not matter much.

The A8 has a new graphics chip with support for Metal, the new graphical framework. The framework allows several game developers to work on the GPU so that games run faster and better than ever before.

The beefier chipset gives way to the good rear camera which supports 8 megapixels just like iPhone 6 though the detail is not as good as what you get on the new generation iPhones. The burst mode support, slow-motion video attributes, and HD recording support are the additional features. The front-facing FaceTime camera is nothing new with a better sensor though.

The new iPod Touch is like a 4-inch iPhone 6 without the phone or the Touch ID and NFC support for Apple Pay.

But the elimination of these new features keeps the price low. The iPod Touch runs games like a champ and matches up to the standards set by iPhone 6.

The battery life is great too. The video playback time is expected to last up to 8 hours and the device charges quickly: 80% in two hours and a full charge in 4 hours. Plugging the device in also gets the phone a good boost too.

The base model of the device sports 16GB of storage which is suitable to satisfy the basic users with some games and music stored. The $249 32GB version though offers better value and one can get the 64GB version for $299 while a 128GB model would have a price tag of $399.

The 128GB iPod Touch is a good alternative to the 160 GB iPod classic. The device also helps in streaming music services including the popular Apple Music or Spotify. Since it consists of flash drives, the performance is faster than in SSD disks.

This is a question that nearly anyone would ask themselves, since there is no point in buying this device if you already have an iPhone 5S or later.

But for Android users who want to use Apple apps and the ecosystem, they might as well add an iPod Touch for use for workouts.

It does feel great though to have a smaller device and it fits right inside the pocket without any hassle. With the trend going in for larger, wider smartphones, this retro feel is something that some would prefer.

Most who prefer to buy the iPod Touch are known to be an older adult segment and kids under ten. This works as a separate device or a workout device for Android users who love Apple apps too.

The bigger issue is that kids would also actually prefer a bigger screen, such as with the iPad Mini 2. The same demographic would love to do things with a bigger screen rather than a puny retro screen of the iPod Touch. It is better for games and for older people to read or browse through the web easily.

It is tough to find faults with iPod Touch since it is a pretty good device and pretty much more serviceable than any other too. But although it is the best iPod Touch after the original one which was released in 2008, one can’t see how it is relevant in the present device-rich world. Though it is the best iPod, iPhone users would not be investing in something that does not help in calls, athough some Apple lovers might want to buy this gadget too along with all the others that the giant company has been churning out in recent years.