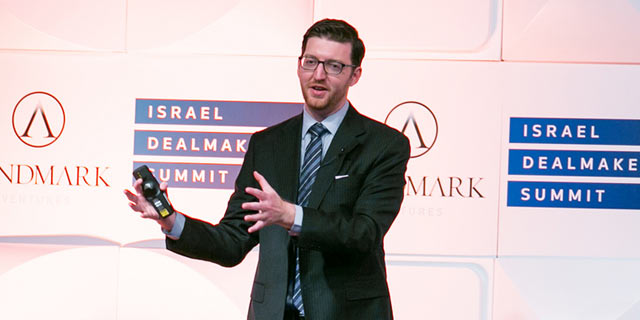 On March 24, ending on March 25, The Israel Dealmakers Summit will take place in New York City. The two-day, invitation only conference was designed for senior global thought leaders to discuss the tech, trends, and innovation shaping key sectors like Smart Cities, Internet of Things, and Mobile and Wireless.

“Israel has more active startups per capita than any foreign country, but one commonly cited problem is the lack of early-stage venture capital. The U.S. has always been the first step for any aspiring Israeli high-tech company,” says Nili Shalev, Israel's Economic Minister to North America. “The Israel Dealmakers Summit brings an impressive microcosm of Israel together in one room, unrivaled in terms of the global caliber of companies, investors and dealmakers. The summit has become a must-attend event for Israeli entrepreneurs and start-ups looking to gain a foothold in the U.S. technology ecosystem.”

The summit is organized by Landmark Ventures and is currently in its seventh year of operations. Landmark has partnered with Investment Promotion Center of the Israel Ministry of Industry and Trade to feature a roster of world-class speakers with significant networking time.

The summit provides emerging companies with their first opportunity for meetings and collaboration with American investors. Over a two day period Landmark Ventures will facilitate more than 2,500 meetings between entrepreneur and dealmakers.

Specifically, the Israel Dealmakers Summit will provide networking opportunities between startups, VC firms, and industry dealmakers. And they’re looking to build off of success in prior years with speed networking, a platform that will set the stage for one on one relationship building.

If you’re interested in participating virtually and engaging in Summit-related conversations make sure to follow the event hashtag: #IDS15.