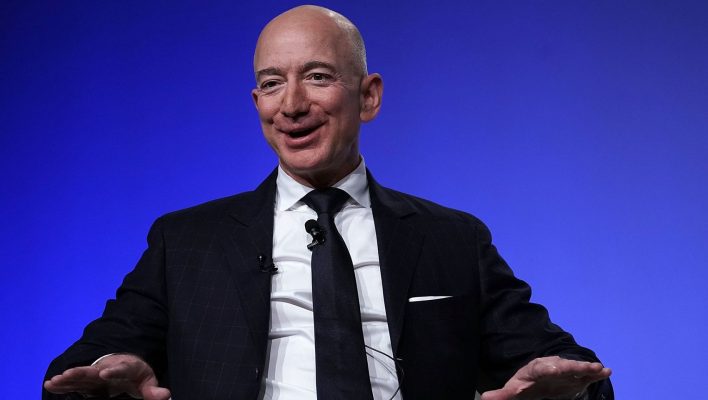 Amazon founder Jeff Bezos is stepping down as the ecommerce giant's CEO by the end of 2021.

He'll be passing the role to Andy Jassy, who has been at Amazon since 1997 and has notably helmed the blisteringly successful Amazon Web Services cloud team since it was first started. Bezos will become executive chairman of Amazon’s board, starting in Q3.

Business is booming at Amazon as never before – the company has hit a new stride in the midst of the COVID pandemic. Yet, while it might look as though Bezos is leaving on a high, there's a legacy of recent scandals and mounting scrutiny into Amazon's business waiting in Jassy's day-one inbox.

Bezos is certainly leaving Amazon at the top when it comes to what matters most in business: Amazon surpassed a $1 trillion market cap in January 2020. Business did even better under the global pandemic that surged later in the year. It is currently worth over $1.6 trillion and just revealed a new earnings report for the company's first $100 billion quarter.

That said, there are more than a few scandals, lawsuits and PR nightmares that Amazon is currently dealing with. Here's a just a few of the issues that Jassy will be inheriting:

Why is Bezos stepping aside now?

The 57-year-old has covered his reason for the career change in a statement, after noting that being CEO of Amazon is “consuming” and makes it “hard to put attention on anything else.”

“As Exec Chair I will stay engaged in important Amazon initiatives but also have the time and energy I need to focus on the Day 1 Fund, the Bezos Earth Fund, Blue Origin, The Washington Post, and my other passions. I’ve never had more energy, and this isn’t about retiring. I’m super passionate about the impact I think these organizations can have.”

With the reduced role, he'll have more time for his other funds and businesses.

As critical as we at Tech.co can occasionally be of Amazon's power over everything from consumer data to labor laws, we have to hand it to Jeff Bezos – he makes a mark, even when he's stepping aside. He's the reason that “Lex Luthor” is trending on Twitter right now. When we change job titles one day, the world won't likely get together to repeat the same joke about how we're going to finally defeat Superman.