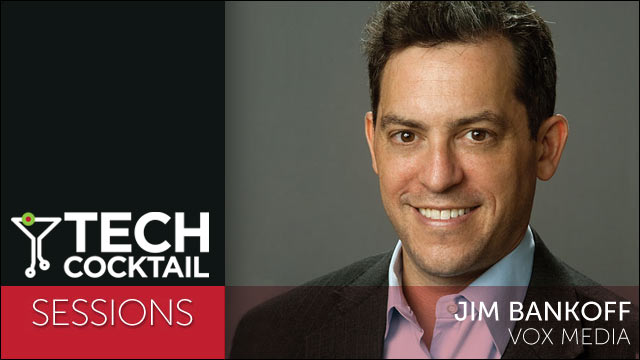 Last Wednesday, Vox Media chairman and CEO Jim Bankoff sat down with us at our Tech Cocktail DC Sessions. Aside from learning about his belief that content isn't Vox Media's product, we learned that the company's success can be attributed to its unique integration of technology, talent, and culture in its business model. When it comes down to it, though, any company's success really boils down to the people who help to create your product or provide your service. But, in order to attract the best talent, Bankoff asserts that you need to cultivate a culture that supports the people and that allows them to pursue their craft without deterrence.

“If you're someone who knows how to practice that craft [of digital storytelling], you want to go to a place that you know can be successful and that can enable you. A place that has the right tools, technology, culture, business model, mindset, and environment for you to be successful,” said Bankoff. “We believe we're that place and, as a result, we're able to attract that great talent.”

Noting Vox Media's grab of Ezra Klein from The Washington Post, Bankoff cites that one of Klein's reasons for joining Vox Media (aside from the company's Chorus platform) to lead Vox was precisely because of the culture that the company has cultivated. The corollary to this company culture, however, is a requirement for finding talent whose skills, personalities, and ambitions are already largely reflected in the culture in which they will join. The people who tend to gravitate to the company are the digital media natives – the ones who love to craft stories through digital medium and have big ambitions in the space.

But a perfect match between culture and individuals is unrealistic, and not everyone is going to fit in fully  with the dynamics of the company – and that's fine, according Bankoff. Whenever someone new joins Vox Media, he asks them to write down their expectations for their job as well as their expectations of the company. After a week or month, he asks these people to write down everything they think is messed up with the company, put that in an envelope, and read over it again in six months. At the end of six months, he encourages people to come to him and be direct about what they think are still prevalent issues. He does this because he truly believes creating the right culture is essential to the survival of the company, which he admits wasn't always a priority for him:

“I didn't understand what ‘culture' meant…earlier in my career. As I've grown – and certainly as I've grown as a leader – I now recognize that it's everything[…]”

For Bankoff, if companies don't allow their cultures to keep up with their talent/people, then they inevitably become irrelevant:

“It's important…that a culture has to continue to evolve in order to remain relevant and not gets trapped in its own success[…] We try to keep it alive that way.”