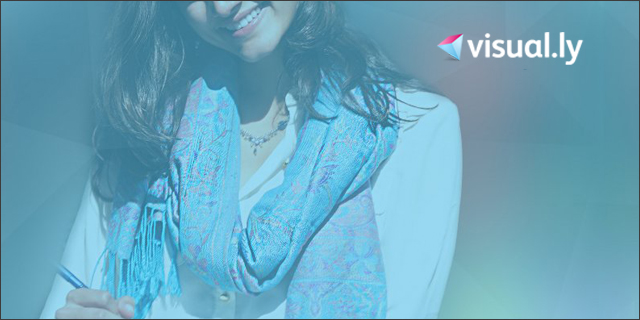 Joe Cardillo thought he wanted to be an actor. But after receiving an undergraduate acting degree, he went on to do the journeyman thing for a while, ditch digging, teaching, and running a bar. And even though his acting destiny didn’t work out, he took away some valuable experience from his education.

Cardillo learned how to foster real, meaningful connections with people because of his humbling education. He used that passion for meeting new people to tell his story to them, spread their stories to others, and build a network of good-hearted people.

Life took him to PR Newswire where he worked on project management for their content marketing platforms. It was interesting work, but he eventually found his way to Visual.ly, where he currently leads their business development with his nimble and flexible brain.

“Sometimes when I walk down the street in San Francisco, I look like your average tech guy with a light beard,” says Cardillo. “But my brain is different, because I’m critical about my own boundaries and pushing outward. I don’t want to get locked into a certain mindset.”

To that end, one of the things that Visual.ly values – and it’s something Cardillo doesn’t think is talked about enough in the startup culture – is the collaborative aspect. Sure, there are people who are wizards at what they do, but Cardillo lives for the high premium Visual.ly places on group interaction and collaboration to accomplish their work.

“It’s interesting because there’s no shortage of ideas, it’s a question of how to narrow down and prioritize your ideas,” says Cardillo. “You can’t do that without other people; the creative process is a multi-person process.”

And Visual.ly uses that collaboration to disrupt the creative agency business. They are totally redesigning the market for visual design content: infographics that take big agencies months to do, they can do in half the time and at a cheaper price.

The model they have built is rather straightforward. Visual.ly takes value that was encrusted in the digital creative agency mode and, because of the way they are formed, delivers actual growth to designers, journalists, and developers via detailed infographics.

“I think there’s a lot to be said about having the will to work hard,” says Cardillo. “I’m really into standup comedy and watched a documentary recently where the creator asked a bunch of mid-level comics, and he asked how long it takes to create five minutes of content. Their reply was seven to eight years.”

Really think about that quote for a minute and take it back to Cardillo, his background, and the way Visual.ly operates. Having the will to press on for a long time can be overwhelming, but if you can get through it, you can deliver a perfect product to your audience: that’s who Cardillo is, and that’s what Visual.ly is all about.