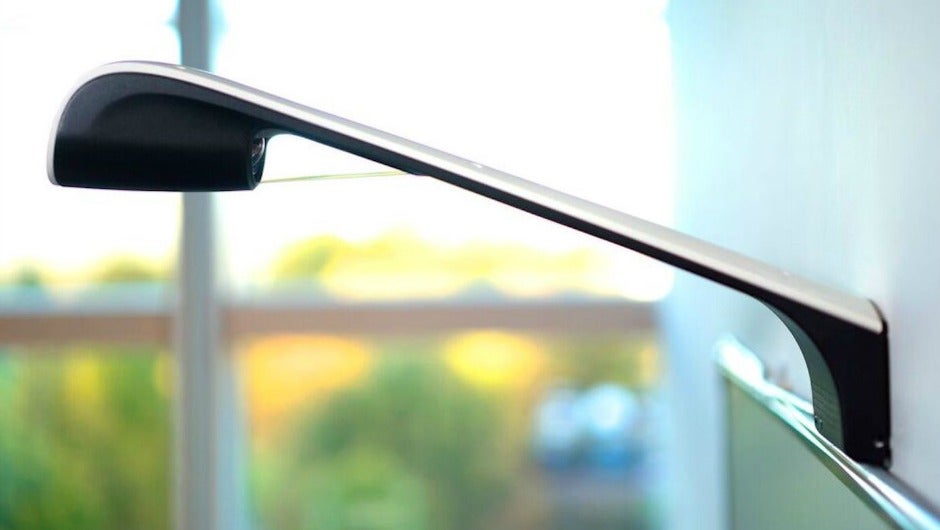 Here’s a common office scenario: you go into a brainstorming session and someone starts to whiteboard ideas. Things are going great, occasionally you erase and go over a section, and the meeting comes to an end. The meeting lead tells you to capture the info on the board. This leaves you with either taking a photo on your phone or writing it all down and transferring it to a computer. Super effective, right? Not so much. Now add in a few remote team members, they are either SOL, have to wait for the image at the end, and hopefully can visualize what’s being said through audio queues or a crappy webcam. On top of this, most companies have built in whiteboards already, and aren't going to spring for a $1,000+ smartboard that some classrooms use.

Kaptivo, a Kickstarter success story, has created a solution to each of these problems, and it's less than half the cost. Using a camera-based device installed over a whiteboard, it easily captures everything on the whiteboard and seen by anyone with a link to the platform. To see if the system lived up to the concept, we gave it a whirl for a month or so to see if it’s worth the business expense.

Quite simply, the Kaptivo makes whiteboarding accessible to anyone, anywhere, as long as they have hardware and an internet connection. Using an existing installed whiteboard and the Kaptivo above it, anything written on the board will show up in near-real time on the web platform. The reason why we say near-real time is that there is a very purposeful delay. While the platform captures what is being written on the board, it discards hands or other objects in the capture field. After a few seconds of non-movement, Kaptivo detects that a written line is staying, and will then appear on your screen. You can see an example of how placing your hand on the whiteboard and not moving it will make it show up. It’s simple and it’s clever as hell.

Installing Kaptivo beats having to use a super expensive smart whiteboard with special whiteboard markers. Using your existing setup it makes it easier to upgrade your office, classroom, or really anywhere you might have an installed whiteboard. That does highlight a slight downside though, which is that this device only works on installed whiteboards rather than the mobile ones that are on stands. It’s not a big deal, and I’m sure if you really, really wanted it to work it can be rigged up, but it’s not designed for it.

Find more gadgets that can help you become a cord cutter

Being a startup and a first run piece of hardware, it’s likely that the company will make future iterations to solve for this if there is a demand. The only other downside is the capture quality. It is by no means bad, and the default settings are a component of this, but from our example you can see the contrast is way too high. There are two reasons for this: whiteboard markers suck and as they start to run out of ink a higher contrast capture will allow the content to still be legible. The downside is that if someone has small writing, it may be a bit harder to read. With that said, it still works quite well, but leaves some room for improvement.

Kaptivo also does not currently offer any kind of cloud storage, so whatever is being captured must be downloaded in the session. However, they plan to offer a premium cloud solution later this year according to their marketing department. Either way, as long as you remember to download it that’s really a non-issue.

As for what Kaptivo captures, you can either download a PDF version that shows any changes and iterations made, or you can simply download the current screen. For those watching the web platform (up to 15 people), content is streamed and updated with only a minor delay. For an added bonus, any platform such as Google Hangouts that supports screen sharing can also be used to capture what is being seen, which extends how many people can see it or even used during a webinar.

Overall we found the Kaptivo to be an incredibly useful addition to the office environment, especially with remote team members. The hardware also supports existing infrastructure and that makes it even more cost-effective.

Kaptivo is designed with a simple, yet sleek look, and fits right in with most office environments. Where it really stands out is how it was clearly developed to be easy to install and use. Besides drilling the mounting bracket and control plate into a wall, the rest is literally a snap. You click the main camera hardware in place, then the control panel, and wire it all up. For the most part it’s feasible to reduce the appearance of wires by running it alongside the actual whiteboard. It would be nice if the camera to control panel was wireless, but even then it would still need a power connection of some kind.

Once the hardware is installed, the software component is just as easy. You connect to Kaptivo’s WiFi network, go to the setup wizard, detect the edges of the whiteboard, and you’re good to go. They even included a table topper with instructions so that anyone can quickly use the device. Best of all, there are no downloads or plugins needed to access and use it.

Overall Kaptivo looks good, but where the design really shines is in the ease of use and setup process.

Should you buy the Kaptivo? If you have standard whiteboards, absolutely. The cost alone makes the device intriguing, but by making whiteboarding more accessible to anyone from remote teams to clients, it’s an easy yes. The only downside, which is likely to be solved in the future, is that Kaptivo must be used on installed whiteboards rather than the mobile ones on stands. Beyond that, the capture quality is good (has room for improvement), and is so easy to use that even your tech illiterate boss can use it. We give Kaptivo a 4.5 out of 5.

Where to buy: Amazon, Kaptivo

Read more about gadgets and gear for your office at Tech.Co