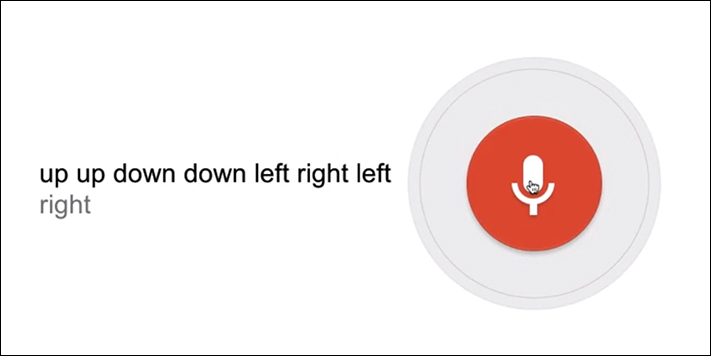 It's before noon on a Wednesday, so I'm sure you're already bored. Take a few seconds right now and activate Google's cheat mode, giving you unlimited Google searches! All you have to do is go to the Google search bar, hit the microphone button to activate voice search, and say “up, up, down, down, left, right, left, right.”

This is obviously just another Easter Egg that Google has hidden in its tools. According to a report by TechCrunch, the infamous Konami Code can also unlock an achievement in Google Play.

Back in the late 80s and early 90s, the Konami Code was used in several classic Konami games, like Contra and Castlevania, to unlock actual in-game cheats – say, unlimited health. Traditionally, the code in its entirety is “up, up, down, down, left, right, left, right, B, A.”

Nowadays, the geeky developers of the Internet use the code as a way to add a little more fun in our otherwise lame lives. The code can be used on several different websites to reveal some entertaining secrets – and not just on sites that one would already consider to be “geeky.” Aside from sites like Digg, Facebook, and Reddit, you should try using it on Vogue's UK site (seriously – do it now) or BuzzFeed.

Want to see where else to use the Konami Code? There's a site for that – all you have to do is, of course, put in the code.