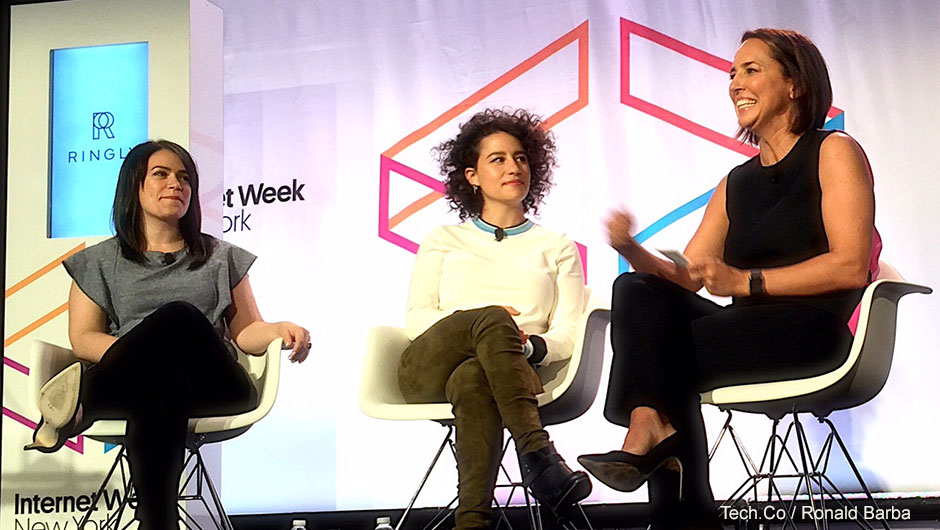 Back in 2010, Broad City was just another YouTube series on the Internet, lost among the many millions of others that came before it. Fast-forward to 2015, and the series has become a golden feature on Comedy Central – with its Millennial humor and mockumentary approach to New York living, Broad City has quickly grown a loyal and sizable fan base.

This morning during an opening fireside chat at Internet Week New York 2015, Broad City co-creators and -stars Ilana Glazer and Abbi Jacobson sat down with Marie Claire‘s Editor-in-Chief Anne Fulenwider to discuss the shows journey from YouTube to mainstream cable. And, surprisingly, Glazer and Jacobson had a few things to say about growth hacking and how great content can continue to survive and prosper in a highly-saturated market.

“I do feel like that the market is saturated – more than when we started, for sure,” said Glazer. “But, also, [I think] good content stands out, too. I believe no matter what, there's [going to be] a lot of cats walking on two feet [in videos], you know. [But then] someone [will] write something really good and really funny, and [people] will share it.”

According to the duo, they released their first Broad City video back in February 2010 – back when there wasn't as much online video content as there is now (although, that's not to say that there was very little video content back then – far from it). At the time they were both working full-time jobs at two different companies, but luckily they were both exposed to the basics of SEO and the strategies currently still used today when it comes to growing an audience.

“When we started [the] web series, we were like ‘let's use these tools that we had to learn on these jobs,'” said Jacobson. “It's exactly what I would've done for a coffee table book for [the company I was working for], but now we were doing it for each episode that came out. And, so, we were very used to being our own PR.”

For every episode that they pushed out to YouTube, the two would reach out to bloggers and writers on the Web and try to convince them that the videos were things that their audiences would be interested in. Apropos of typical pitches, they'd highlight keywords that matched the specialties of each publication. Ultimately, though, the popularity of their initial web series could be attributed to shares on social media. Mainly: Facebook.

“Facebook was the place for people who shared it,” said Jacobson. “We had this little community on Facebook that were sharing it…we had these early people then – not only who watched it, but shared it, and that's what made a difference I think.”

By utilizing traditional growth hacking methods and creating great, funny content, the two eventually landed themselves at Comedy Central with Amy Poehler as one of the show's executive producers. And, now, the two are in the middle of writing the third season of Broad City. #YasKween