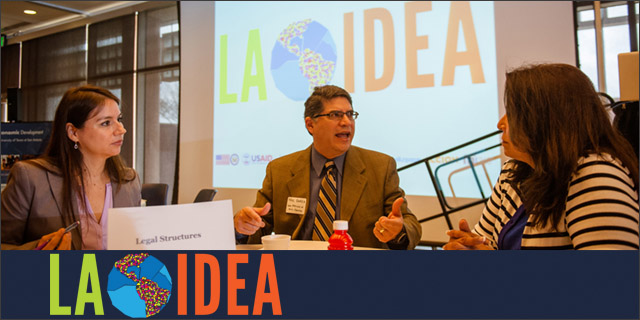 Global Entrepreneurship Week in November 2011 introduced the world to La Idea, a key initiative of former Secretary of State Hillary Clinton. The main focus behind this initiative is to provide Latino entrepreneurs the necessary resources to build effective small businesses while showcasing the partnerships forged with American entrepreneurs.

“Trade is not just about large companies, but must include small and medium enterprises that make up so much of the economy of both Latin America and the United States,” says Roberta S. Jackson, Assistant Secretary of State for Western Hemisphere Affairs.

La Idea has given form to their focus with an event, the business pitch competition, for US businesses that have partnerships in Latin America. However, on July 29, La Idea announced an extension of their application deadline for companies who want to enter the competition. Initially August 1, businesses now have until 5:00 pm PST on September 20th to get their materials in.

The organization operates alongside the US Department of State, the US Agency for International Development, and Accion. Together, they have all teamed up to provide the winner of the business pitch competition $50,000 in cash as well as one of ten available slots to showcase their ideas live, on Univision.

There are over 2.3 million Latino entrepreneurs who operate small businesses in the US, and La Idea hopes to tap their potential by translating knowledge, expertise, and capital into tangible improvements in Latin America. Most of these entrepreneurs already have strong business, family, and community connections back home.

“In the US, small businesses have generated the majority of jobs over the past decade, but less than 1 percent of America's 30 million small companies export,” says Jackson. “And of that 1 percent, more than half export to one country. So increasing this number is critical for economic growth and job creation.”

Access to finance, access to business education, and access to resources and networks are how La Idea will tackle the issue of connecting Latino entrepreneurs to local and regional small business support centers. And throughout all of their work, La Idea has kept only one thing on their mind: success for small businesses.

All that being said, should participants still get everything in by the August 1 deadline, they will be rewarded with a chance to win some major freebies for their business. Pro bono legal counsel with Goodwin Proctor’s Neighborhood Business Initiative, a free .CO domain name, and a one-hour web development consultation with StarfishGlobal are among the available perks.