Lamassu today announced that they will be taking pre-orders for their Bitcoin ATM, which was demonstrated during the Bitcoin London Conference. The ATM is compact and uses the same amount of power needed to fuel a consumer tablet.

Lamassu has generated massive initial interest, receiving 150 inquiries from over 40 countries. Perhaps the hype is due to the fact that it converts paper money to BTC in 15 seconds, accepts bank notes from over 200 countries, is compatible with leading BTC exchanges, and is audited by network security experts.

“We have gotten orders from multiple countries including Canada, Finland, Slovakia, New Zealand, and Denmark,” says Zach Harvey, Partner at Lamassu. “Being carefully optimistic, I think we will start seeing the first Bitcoin Machines deployed this October.”

Customers scan their Bitcoin wallet QR code at the ATM and insert a bank note; there is no minimum limit. After the amount of money has been detected, the corresponding number of Bitcoins is transferred into the customer’s digital wallet. Once the bank note is accepted, the transaction is final.

The Lamassu ATM is being designed with Bitcoin entrepreneurs in mind, but also for those who want to easily break into the Bitcoin world. Since there are no credit or debit transactions accepted, there is no hassle dealing with the banks; that blows the doors wide open for a large audience to get on board.

This is the most recent move for Bitcoin as it is working toward mainstream adoption as a global currency. There are plenty of people out there who say the bubble will burst any day, but there are also some heavy hitters banking on the success of the digital currency. Let us know which way you lean below. 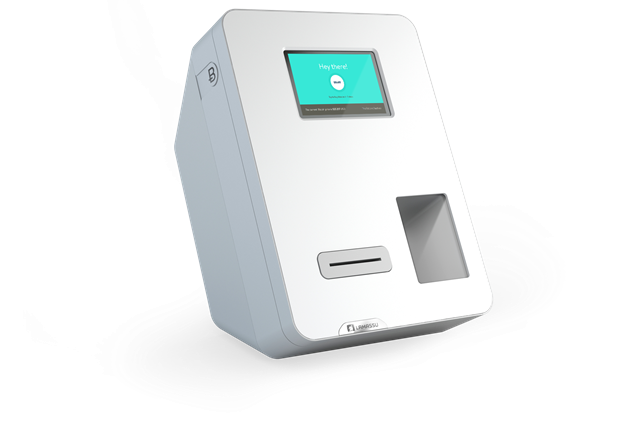