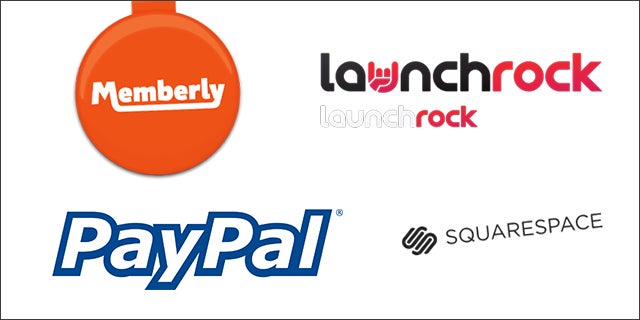 Editor’s Note: This blog post has been excerpted from an article that was originally published by Lauren Thorp on her blog, Quick Like Foxes.

As a non-technical single founder of a tech startup, I've learned a thing or two about being scrappy and developing a working product with both limited resources and technical knowledge. As I get to know other entrepreneurs who aspire to launch a startup, the most common question they ask me is “How did you launch a startup without a technical cofounder?” While it's more difficult to do, it most definitely can be done. Here's my advice to those who find themselves in a situation similar to mine.

While earning my undergrad degree at Butler University, I took a year-long course called Real Business Experience. At the time it was an elective course, but has since become required for all business students, a wise move in my eyes. While the curriculum hasn’t necessarily proved to match my specific real-life business experience, I learned some valuable lessons that I still reflect back on as I scale my startup – the most memorable being that writing a comprehensive business plan is a complete waste of time.

My team and I spent an entire semester writing an exhaustive business plan for a business while we had no actual idea if it had “product-market fit.” However, had we spent time testing a minimum viable product instead of writing a business plan, we would have quickly seen that it wasn’t a terribly scalable business. Sure, we could make decent revenue for a class project, but it was never going to go beyond pocket change into a large company.

When I launched Umba Box in October 2011, I steered clear of a business plan, only doing a set of financial projections (mainly because I have an unhealthy obsession with Excel). Knowing that I first needed to test my idea, I launched a landing page using LaunchRock that gave visitors a few sentence overview of my business idea, and collected email addresses and encouraged them to share the page with their friends to drive additional traffic.

Within a week, I had a couple hundred visitors who opted to give me their email address (this is also a strong indication that they’d be willing to pay), so I took my test one step further and emailed the list a simple PayPal link offering up an alpha version of Umba Box for 50 percent off what I thought I would charge. Within three hours of sending that offer, I had sold out of the allotted few dozen boxes I had available. I considered this a success on two fronts: 1) This was something that people were willing to pay for, and 2) It seemed to be a price point that people were comfortable with (though additional testing would need to be done).

After seeing the limited success of the trial run, I began building a site on Squarespace, a site builder that has a highly intuitive drag-and-drop interface for non-technical users. To accept payments and manage subscriptions, users completed their transactions on Memberly. What I didn’t do was pay a web development agency $50,000 to build a fully customized site from the get-go. (I could have found a technical cofounder, but that's a separate topic.) While it wasn’t polished, smooth, and pretty, it worked. And it worked well enough to gain enough traction to attract the attention of investors at 500 Startups.

Notice that along each step of the journey, I used tools that were already available to me: LaunchRock, PayPal, Squarespace, and Memberly. I didn’t try to recreate the wheel, as I knew I was initially just testing to see what I needed to tweak.

If you have an idea for a startup, but don't have a technical background or a technical cofounder, all hope is not lost! There are enough tools that already exist that you can piece together to create your MVP. Test your product, get feedback from your first users, and continually improve.

This guest post is by Lauren Thorp, founder of Umba Box.