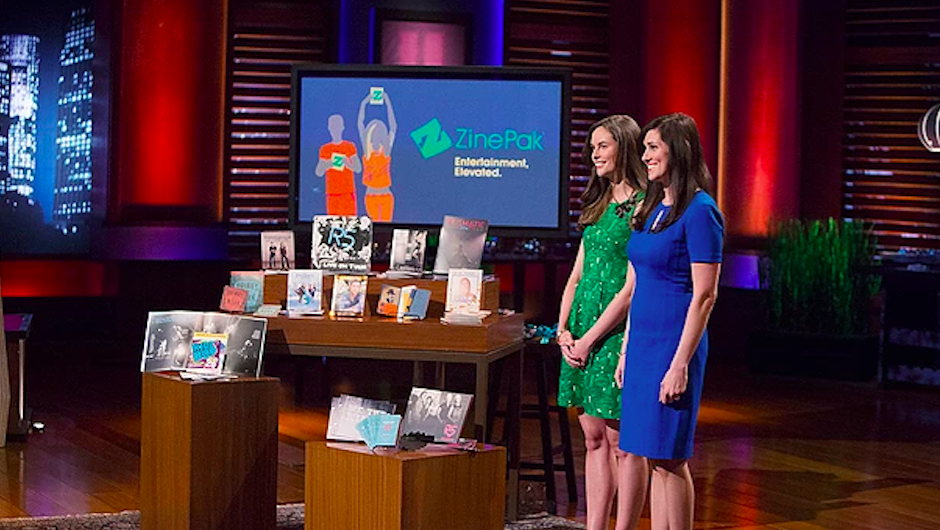 Getting on TV is the startup founder's dream. Whether it's a local news segment or a popular pitch competition show, having a natural marketing opportunity like TV is a great way to facilitate success. But don’t let an appearance on “Shark Tank” limit you to 15 minutes of fame. Use your TV appearance to create more opportunities for your business.

We asked eight entrepreneurs how they were able to turn a TV appearance into a larger PR/branding opportunity. Check out what they had to say below and make sure they only shoot your good side:

Use what you have going for you to get to a million different places. Talk about your experience. Leverage a large TV appearance to get a lot more press by answering questions that others have about that TV appearance. Others want to know what it's like to be on ‘Shark Tank,' so teach them and help them get where you've been. At the same time, it's a great way to push your brand just a little bit more.

– John Rampton of Due

If your customers have seen you on ‘Shark Tank' or any other TV appearance, you instantly gain the star power that helps brands develop trust with their customers and new potential buyers.

My cofounder and I leveraged ZinePak's appearance on ‘Shark Tank' into coverage in dozens of outlets, including Inc., Entrepreneur, Forbes and Billboard. We wrote first-person articles about our experiences, did video interviews and appeared on countless podcasts. If you have a major PR hook like national TV, don't be shy about sending links around and offering to contribute to other outlets.

Short of saying: ‘Go on tour,' I think it would be a good idea to frequent places where your target audience would be. If that isn't possible, you can create an AMA on sites like Reddit, or inspire people's curiosity about your experience on television. A lot of people want to be on TV, but very few actually go for it, so sharing your experience can be an ancillary media opportunity.

Package It in Different Forms

Create many alternative methods for your constituents to view your appearance, including short, digestible clips from the show to feature on video sharing networks, a downloadable transcript, a slideshare and a social media highlights compilation via Storify. Place these prominently anywhere your organization has a digital presence, and refer to them in marketing docs and e-signatures.

Use It to Talk to Your Network

Your TV appearance is branding gold. Always mention it, whether in your bio on LinkedIn or during a pitch. Share the video clip on social media, and promote it to your partners and sales funnels through email and targeted ads. Being on a show such as ‘Shark Tank' is powerful. Aside from creating awareness, a TV appearance can give you a reason to talk to your network and build credibility.

Write articles offering advice to other entrepreneurs wanting to land on TV. We have a client who was featured on ‘Shark Tank,' and has used that experience to write dozens of articles chronicling his experience and offering advice to other hopefuls. People are intrigued by what it's like to be on TV, and what advice you have for them. So offer something of value to readers and publications will be asking you to contribute.

Make Sure You Are Easily Searchable Online

If you've made it onto a TV show but you aren't widely known, make sure you are easily searchable online. If you don't have a full-blown website for your company or product yet, set up a landing page with contact information if potential customers have questions or want to get in touch with you. Even if you aren't ready to launch and sell, you can start building your list for future sales.