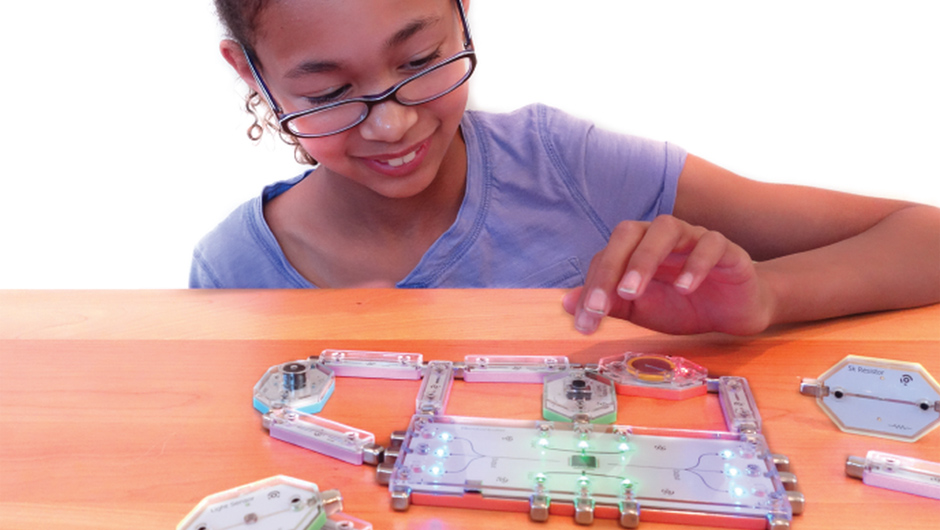 There’s no denying that the economic competitiveness and salary arguments for the importance of STEM have become quite prevalent lately. And that’s a belief that Josh Chan, CEO and cofounder of LightUp holds close, but he hasn't built that into his company as a main motivator for what he does.

At its very base his company LightUp is a line of e-connected toys that teach kids how the world around them works through magnetic circuit blocks and an augmented reality (AR) tutor app. According to Chan, this toy is intriguing for both young girls and boys, but it goes well beyond that.

“At the core of LightUp's philosophy is our belief that kids should feel empowered when they look at the world around them,” says Chan. “Technology is now pretty much everywhere, and our goal is to create products accessible to anyone that demystify and explain how technology works.”

The first product Chan and his team released has reached kids in over 90 countries: these young learners have built over 100,000 circuits with LightUp in the past few months. Typically the kids are ages six to twelve at home, in school, and at after school workshops.

“Many of these kids are building their very first circuit with LightUp, and we've seen the spark of curiosity and wonder ignite in many of them after just a few minutes,” says Chan.

In 2013 LightUp saw huge success on their Kickstarter campaign, and they’ve recently launched a second campaign to unveil their newest product: the Faraday Kit. Named for the famed English scientist Michael Faraday, the new kit will teach kids how to code in addition to building circuits.

After their first Kickstarter, the LightUp team participated in the second class of the HAX hardware accelerator, and spent over six months living in China, which helped them learn firsthand how to best work with manufacturing partners. Going from a few hand-taped prototypes to hundreds of thousands of blocks wasn’t easy by any means.

The challenges haven’t ended now that they’ve moved back home to Silicon Valley, but the focus these days is about developing the software platform and growing the team.

“One of our greatest triumphs was bringing LightUp to the Tech Museum in San Jose, and seeing an eight year old girl who'd never built a circuit or programmed before figure out how to build a music box to play her favorite song,” says Chan. “She started thinking she couldn't do it, and an hour later was pulling in her parents to proudly show off her creation.”

As Chan explains, Nest is transforming the living room wall and thus LightUp wants to transform the living room floor. Connected toys have the potential to turn anything a child touches into a fun and immersive learning experience, and the team wants to do more than simply teach kids STEM skills.

Together, Chan and his crew are dedicated to creating a world where kids can experiment and learn anything in a fun, interactive, and personal way with their products.