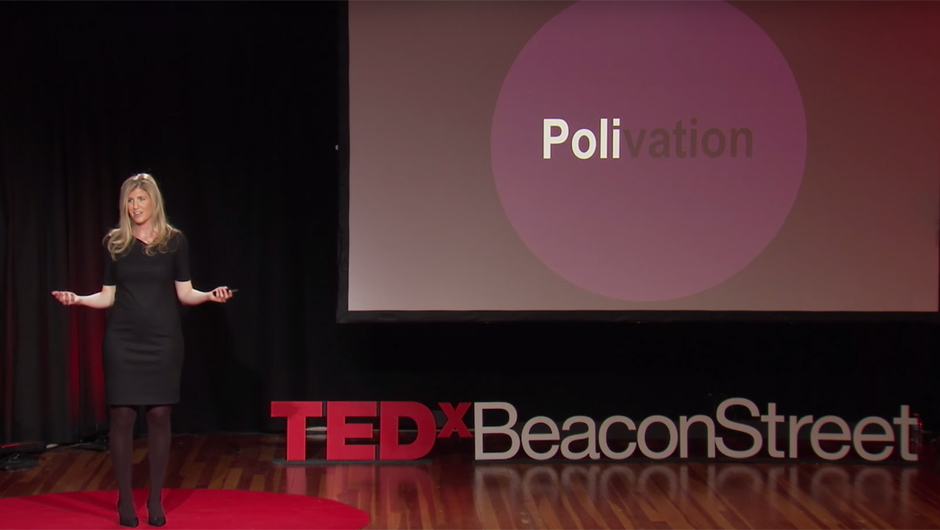 It’s not that they’re impossible to understand, it's just that there are enough nuances and subtleties to sink the Titanic. Sure, there’s a website called Know Before you Fly that details some of the regulations in your area, but even so there’s a lot that’s left out (side bar: don't misunderstand me here, Know Before you Fly is still an amazing resource).

I recently wrote about four women who were pioneering the future of the drone industry, and not long after it was published one of the women in the article, Lisa Ellman – law partner at Hogan Lovells, reached out to me with a golden opportunity. She tweeted and asked if I wanted an inside scoop into the hectic world of drone regulations:

Thanks @WJS1988! Love reading @TechCocktail. If I can answer any policy Qs u have about #drones, please reach out! https://t.co/WmJgSAZk5W

Obviously I jumped at the opportunity to sit down with her to learn more. You see, Ellman is a total, kickass pro who knows nearly every in and out of the regulatory process as it pertains to drones.

Tech.Co: How did you wind up involved with drone policy?

Lisa Ellman: I worked for the Obama administration for a couple of years: he was my constitutional law professor actually. At that time he was a state senator and I got to know him well. Basically, I got involved with his campaign at a very early stage and moved to Chicago to work on the policy team there. I stayed with the Obama campaign, working in various policy roles over the course of the administration, until I left about a year ago.

My primary focus with Obama was on policy making that spawns innovation. I’m also a big proponent of open government: making the federal government more participatory and transparent through integration of new technologies. Not to mention I love bringing policy and tech together – fast forward to 2012.

The FAA had been paying attention to drones but the whole government eventually woke up to them. They were wondering what it means to have an integrated airspace – what would that look like? Then, in 2013 I was asked to go run drone policy in the DOJ and participate on the White House team working on the challenges of integrating drones into our airspace.

There was lots of data, but we were articulating drone policy based on past experience. The problem was unique though because there really isn’t a past for drones. Sure, there are hobbyist drones, obviously, but we haven’t had consistent pilots that will emerge alongside the advancement of civilian drone tech.

So, the policy is lagging behind and I realized I could help best on the outside, which is when I pivoted into my role at Hogan Lovells. Now, every day I get to help people who may not know the rules navigate the regulatory trade – it’s incredibly gratifying.

Policy makers want to do the right thing but they often don’t know what that right thing is. What is the landscape going to look like in 10 years? What do we need? What do we want? You need innovators to work with policy makers to think through these issues. That’s where I come in.

Tech.Co: So, what’s the current FAA policy on drones?

Ellman: If you’re a hobbyist drone pilot you can generally do what you want as long as it’s for recreational use. Public agencies or universities can get a certificate to be able to fly as well.

For anybody else though, like a company interested in doing something commercial with the exchange of money, it’s illegal to fly drones domestically in that capacity. That is, unless you have a license from the FAA.

You also have to have some form of actual pilot license to fly for commercial purposes, but that doesn’t make a whole lot of sense, honestly. You have a system that’s been grafted onto the FAA regulations from the realm of personal airplanes, but these are small, 10 pound drones and not Cessna airplanes.

Hogan Lovells is the one stop shop that provides any drone operator everything they need to fly within FAA regulation: permits, licenses, you name it. And if they’re interested in helping shape what the policies will look like in the future we bring them on as well.

Tech.Co: Which brings up a brilliant question: what does the future of the industry look like, from your perspective?

Ellman: The policy will shift when the technology catches up. For now though we need the right balance between public safety and policymakers doing things the correct way via the right channels. We want to promote innovation, but in a way that also wins the public’s trust moving forward.

That trust is a big issue. Anybody who has a drone, even if they’re experience pilots, will see their drone fall out of the sky at one point or another. That’s totally OK, the FAA doesn’t mind. They’re not OK when it falls on people.

Here’s an example of an area that needs to be hammered out: you can’t fly in crowded spaces. But beyond that, what do we need so people might one day be able to fly safely over other people?

In the next year or so we’ll see some major advancement in policy on issues like this and plenty of others. The first rendition of the rules won’t allow for urban flight or flight in heavily crowded areas – that’s a five to ten year project.

However, we’ll see growth in the drone services industry and drone technologies: there will be companies that don’t provide a lot of services via drone. The best part though, is that regardless of where it’s going, it won’t stop growing.