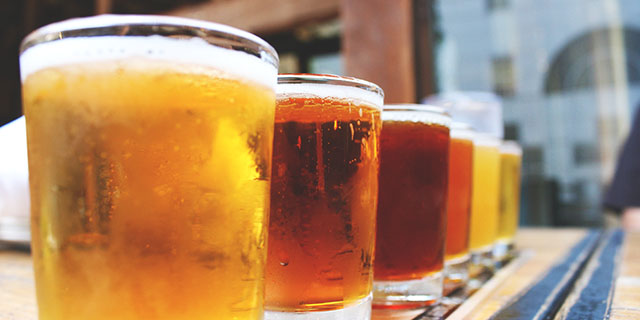 This news will come as no surprise to anyone who's ever had to work more than 40 hours a week (so, basically, everyone…?): longer work hours have been found to contribute to greater levels of alcohol consumption.

According to a recent study published in The BMJ, people who work longer hours are more likely to engage in risky drinking behavior. The study looked at the working and drinking habits of 333,693 across 14 countries (all data compiled from 61 studies), and found that people who worked more than 48 hours in a week were 13 percent more likely to engage in what the researchers considered “risky drinking” (more than 14 drinks per week for women and more than 21 drinks for men).

If those numbers seem a little too high, that's because the researchers who conducted the study were Finnish, and apparently the European standards for drinking are more liberal than those of the United States; in the U.S., more than 7 drinks per week for women and more than 14 drinks for men are considered risky.

While very few people can deny the joys of imbibing, it's also an undeniable fact that too much alcohol consumption can lead to numerous health issues. And, even removed from the issue of greater alcohol consumption, working too long can also have negative implications on your health – potentially contributing to a lack of sleep, depression, and an overall shorter lifespan. So, while it may be fun to have the occasional drink session at your co-working space, try to cut back every now and then on the work hours.