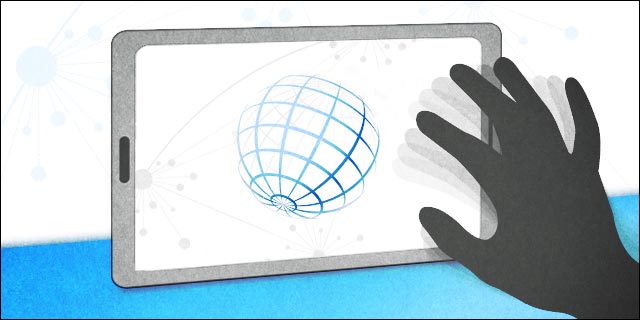 In fact, according to a recent study, 85 percent of iO7 users have not even used Siri yet. Of the people who have given the voice assistant a shot, 46 percent see it as a disappointment. Also, Android’s KitKat remains only available on a limited number of mobile devices. Therefore this limits the availability of the new voice technology.

Motion control technology is becoming more prominent, as it is showing up across various devices. Microsoft’s Xbox Kinect gave the world a glimpse at the possibilities of motion control technology. In addition to the popular gaming system, Leap Motion technology takes this initiative even further by allowing a person to control a computer with hand gestures and motions rather than use a keyboard or touchscreen.

Also Leap Motion technology is looking to expand its adaptability past the Mac and PC world into mobile devices such as smartphones and tablets. More people are spending money purchasing tablets and smartphones as opposed to desktop PCs, Macs, and even laptops. The evolution and growing popularity behind the hybrid Laptop/tablets and phablets slowly diminishes the use of large and bulky laptops.

The Near Future of Motion in Smartphones

Tech software companies are already taking a shot at developing motion gestures to apply to mobile devices. These motion hand gestures are set to your personal preferences. For example, the company Dolphin Browser allows users to navigate to particular websites through a simple motion rather than typing a URL. Go to Google’s homepage by drawing a “G” on the touchscreen.

There are also typing and keyboard innovations. Instead of typing the backspace repeatedly, users are able to simply swipe backwards to delete a word. One motion eliminates the use of multiple actions.

These small steps forward are indicative of the mobile industry’s goal to create a completely convenient and satisfying experience. As technology develops, it’s important to connect the dots on how each new piece of software or hardware works together to show where it’s leading.

When voice commands combine with motion, it drastically limits the biggest downfall of operating on a smartphone. The newest smartphones and technology reduce the frustrations of not having the full functionality of a regular desktop or laptop computer.

For small businesses and startups, these latest developments and tech projections highlight the growing necessity to adapt to the mobile world. For example, mobile websites and applications are completely essential to compete in the digital world. Whether a person is operating on iO7 or Android, apps need to be adaptable to the various platforms, have viable ecommerce options if that’s involved in your business, and they must draw users in with simple visual aesthetics and friendly navigation. The ROI on mobile apps is fairly high considering the growing importance of mobile in the business world.

Guest author Jessica Socheski is an avid writer and social media fanatic who enjoys researching tech topics. You can connect with her on Twitter.