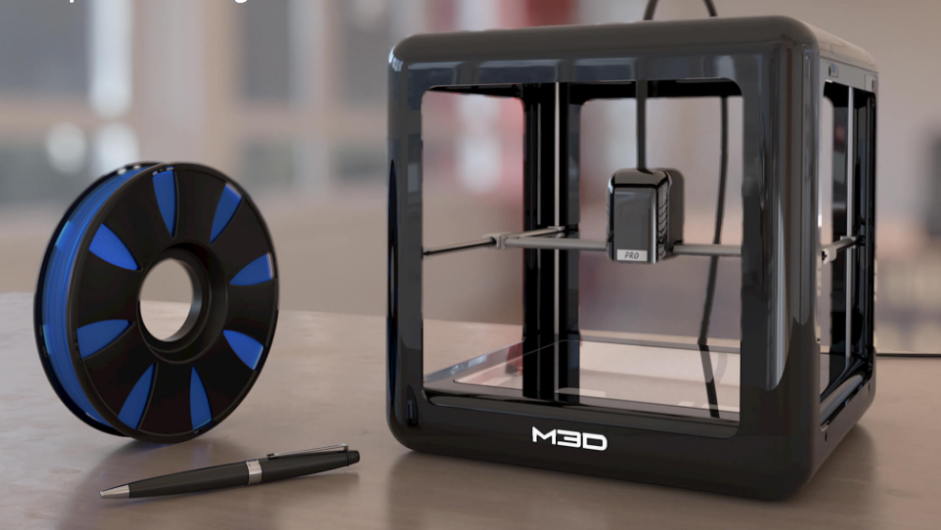 3D printers have been the tech industry's white whale. While the uses seem endless and the technology seems revolutionary, no one has been able to market these products correctly to everyday consumers. Whether it be the awkward design, the complicated software, or the fact that people need time to adjust to new technology like this, people just aren't buying it. Fortunately, there's a company that's aiming to bridge the gap between engineers and customers. And if their 3D printer Kickstarter campaign is any indication, they'll be able to make a dent in the market with ease.

M3D is the company in question and the product they are hoping to send out to the world is the M3D Pro. While the company has brought commercial 3D printers to the world with no issue, the M3D Pro will be able to bring that same power to consumers at a price that is more than reasonable. With a variety of inks for a number of purposes, everyday tech junkies will be able to make everything from exercise equipment to action figures in the click of a button.

“The M3D Pro represents a new benchmark in product development in our industry,” said Michael Armani, Co-Founder & CEO of M3D in a statement to Tech.Co. “We’ve designed the Pro to have all of the capabilities of a commercial printer at a cost consumers want.

The launch of the M3D Pro was announced at CE Week 2016 in New York City this week. While the company already has a retail 3D printer available on their website for only $349, the Pro will have a much larger print volume, significantly faster printing, noticeably higher resolution, and a convenient stand-alone mode. Also, perhaps most importantly, the M3D Pro is the most accurate and efficient 3D printer on the market. It is small and fast, making for a practical product that costumers can actually get behind. And the uses are a lot more copious than you might think.

“It’s the natural next step for the industry,” said Armani. “Transcending the limitations of casual use and allowing users to create more practical, everyday objects—whether it’s a customized print to add that finishing touch to a cosplay outfit, printing out a difficult-to-source part for a budding DIY project, or everyday household goods.”

If you recognize the M3D name, it's likely because they launched one of the most successful campaigns in the history of the website. When crowd-funding their 3D printer, they raised $1 million… in less than 24 hours. Hopefully they can translate that success into a marketable consumer 3D printer that finds practical use in more than showing off the tech to the first person to come over.