Maine Medical Center, Maine’s largest hospital, is investing in their employees and giving them a chance to act on their innovative ideas that could transform healthcare.

The Innovation Cohort is the hospital's internal startup accelerator for physicians and other employees who have ideas for new products and services to improve healthcare. The program supports faculty, trainees and staff in transforming their ‘back of the envelope’ drawing into a final product or service ready for clinical use. They also partner with business development experts to help participants transition from idea to intellectual property into partnerships and startups.

Spearheading the new program is Jennifer Monti, a cardiologist who joined the hospital in June 2016. Monti is also the cofounder and CEO of Shock Analytics, a nearly two-year-old medical device startup that wants to help physicians detect and diagnose shock earlier. 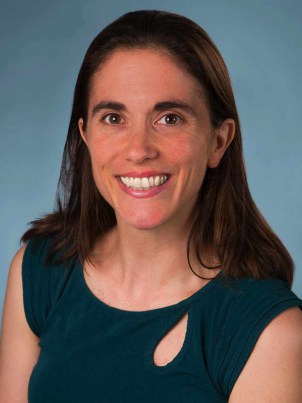 Monti tells the Maine Startups Insider that she wanted to create The Innovation Cohort because she believes current tools and services on the market are not doing enough to solve some of healthcare’s biggest challenges.  And that the best people to remedy that are the front-line healthcare workers.

“Front-line staff are uniquely positioned to articulate clinically relevant needs and to articulate the design-based principles that can make our healthcare smarter and more human,” Monti said.

Unfortunately, health systems—and the education of people who work within health systems—are not designed to capitalize on the insights of their employees, she said. Creating a way to capture those insights and act upon them is Monti’s goal with the Innovation Cohort

“I wanted a pathway to support people who want to learn to think differently about their jobs, and who want to design and invent our way out of the complex problems of medicine and healthcare delivery,” she said.

A common question Monti receives is who would own the intellectual property rights if an employee develops a new product or service at the accelerator.

In general, the way it works is that individual inventors are named as inventors on the patents, and then the IP would be licensed back by spin-off companies to further develop the technology, according to Monti.

“This is how it works at most medical centers. It de-risks the pathway early, particularly as early patenting costs will run in the tens of thousands of dollars,” she said, adding that it was one of the issues she considered when deciding to move here from Pennsylvania, where she was a cardiology fellow at the University of Pennsylvania. “The terms here are far more generous than larger academic institutions. It is also less expensive to do research here.”

From experience, Monti knows that taking an idea and turning it into a real-world product or service is incredibly difficult, so if an entrepreneur can leverage the hospital’s resources to help with the heavy lifting needed to develop a prototype and file for and receive patents, then they’d be foolish not to take advantage of that.

“You need to share ideas, invest jointly, and work in teams to get anything off the ground,” she said. “I encourage people to even try and get to the relevant IP questions—that would be a sign of progress and success.”

The Innovation Cohort will accept applications from members of the Maine Medical Center community through the end of the year. The selected teams (including teams of one) will spend five months working on their projects, developing business plans, creating prototypes and attempting to validate their ideas. They’ll meet with Monti every other week to go over their progress. The hope is the teams will emerge from the program in June 2018 with a beta product or service and in a position to raise capital.

Monti expects the program to accept between two and seven teams for the first cohort, though it’ll be entirely dependent on the quality of the applications.

“My hope is we will have substantial resources in the next year or two to have a staff and a pipeline that involves nurturing new ideas, hosting engineering-clinical meetings on a quarterly basis, and regularly disclosing three to five new inventions to our IP staff,” Monti said.

“A custodian’s idea may be more impactful than an attending physician’s idea,” Monti said. “People who want to work in a cohort like this need to be comfortable with the idea that they may be sitting next to, or outcompeted by, someone without traditional credentials. We should embrace that. We need to be humble about where strong reliance on hierarchy has landed healthcare.”

To get the program off the ground, Monti applied for and received a $20,000 grant from Maine Medical Center’s Division of Education.

This is just the recent example of Maine Medical Center’s interest in supporting innovation. MaineHealth, the hospital’s parent company, earlier this year provided $100,000 to support Venture Hall’s healthcare-focused startup accelerator in Portland. While the two initiatives are not associated, Monti said the relationship between MaineHealth and Venture Hall is a good sign that “the opportunity for invention and innovation is starting to inculcate the institution from several angles.”

Read about more emerging startups and activity in Maine on TechCo