The Top Gun accelerator, launched by The Maine Center for Entrepreneurial Development (MCED), has received a $50,000 grant to expand program to Brunswick next year, and to Waterville in 2019.

The grant comes from the U.S. Small Business Administration’s 2017 Growth Accelerator Fund, which provides monetary support to startup accelerators in areas of the country that lack robust entrepreneurial resources and access to capital. Tom Rainey, MCED’s executive director, was sitting at home on Oct. 30, without power after the late-October storm, when he received the news.

MCED was one of 20 accelerator programs around the country that received the grant this year, and the only one in Maine. It was chosen from among 121 organizations that applied, according to SBA Spokesperson Tiffani Clements. 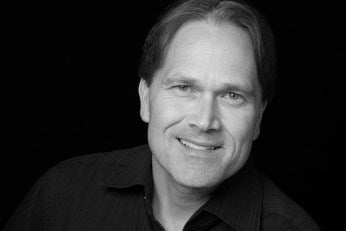 This is the fourth year the SBA has issued Growth Accelerator grants of $50,000. This year was slightly different in that only past grant recipients were welcome to apply, Clements said. MCED previously received a Growth Accelerator grant in 2015, which it used at the time to cover operating expenses as its previous main funding source, Blackstone Accelerates Growth, was winding down.

This time, the SBA grant will help cover operating costs as MCED works to expand its Top Gun accelerator program to other parts of the state, according to Rainey.

Top Gun is a four-month-long training program for entrepreneurs with a high-growth business idea or early-stage company. It began in Portland, but over the past several years MCED has expanded it—first to Orono, then to Rockland, and to Lewiston-Auburn last year. Last year, 32 companies went through the program.

The current plan is to expand to Brunswick and Waterville, Rainey said. Given the timing of the grant award and fact that MCED is already accepting applications for the 2018 accelerator, which will begin in early February, Rainey said it will only be able to add a Brunswick cohort next year. He said the Waterville program will begin in 2019 in collaboration with the Harold Alfond Institute for Business Innovation, which Thomas College launched in May.

The Top Gun program in Brunswick will be unique, Rainey said. MCED is in discussions with local partners to create an industry-specific Top Gun cohort, which would be a first for the organization.

“This has never happened before,” Rainey said. “This is an experiment.”

Next year’s Top Gun program, however, will remain at a total of four locations for cohorts—Portland, Orono, Lewiston-Auburn, and Brunswick.

There will not be a Rockland class in 2018, according to Rainey. MCED’s local partner in the midcoast region, MaineStream Finance, determined that it made sense to skip a year because the volume of early-stge companies isn’t large enough to support a program.

“We went back and forth and they determined there wasn’t enough deal flow from the area at this point to go forward,” Rainey said. “So, we’re going to skip a year.

If all goes as planned, MCED in 2019 will provide its training program—which will likely be rebranded by that time—in six locations.