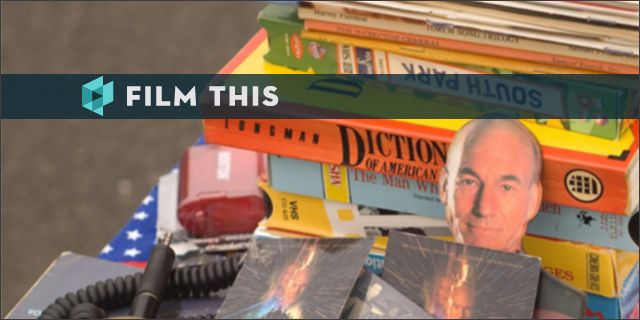 “There is a move to the collaborative economy across various industries, and we see [it] in the creative spaces demonstrated by establishments like 99 Designs and Swiftly,” explains Ryan Budke, CEO of Film This. “When it comes to the video space, that collaborative economy tends to focus too much on professionals and not enough on the amateur who loves a brand, movie, or product.”

Budke co-founded Film This with Trey Long to engage the loyal customers and amateur videographers in the world. They work directly with brands to create engaging video challenges and incentives for fans who want to submit and post personally created videos to social media pages.

“Back in the day, we noticed that videos on YouTube got either recreations or views,” says Budke. “Chocolate Rain was the first video that had parodies, and what struck us was how people wanted to create videos and put their personal stamp on an idea.”

That inspiration drove Film This to establish a twofold model. First, brands achieve mass publicity without having to spend beaucoup bucks on a marketing strategy. Second, film enthusiasts and diehard fans have an opportunity to create their own, personal content.

For example, fans can currently submit their ideas on how the final season of Breaking Bad will end in three minutes or less. First, second, and third place each get a year, six months, or three months paid subscription to Netflix, respectively, plus extra goodies.

As Film This keeps growing, you could see people filming their runs in Nike shoes to win free shoes for life. Local pizza places could offer free pizza for amazing ads. You might even win a trip to the red carpet for the premier of the Avengers 2 – if you have the best homemade Iron Man suit, that is.

“By having fan-created videos that are based on a brand's challenge, you have videos that are more fun, more creative, more interesting than just a regular 15-second video on a social network,” says Budke. “The ad is made by a friend, or connection, that is more likely to be watched.”

And in a strategic move, Film This pushes every video, vote, and interaction to Facebook and Twitter. Sponsored ads do in fact get stricken down, but remember that all the Film This ads are actually user-generated content.

Film This does not exist just for professionals, but for everyday people who want to create and have fun with videos. Aside from the countless ad challenges, the team has developed plain video challenges for those who simply want to hone their video making skills: creativity is their main goal over all else.

Focusing on that creativity first ensures that the best content will bubble up out of the sea of creativity rather than simply the most viewed videos. Everybody already has a high-powered video camera in their smartphone; all they need is a good reason to use it more often. Film This wants to be that spark.